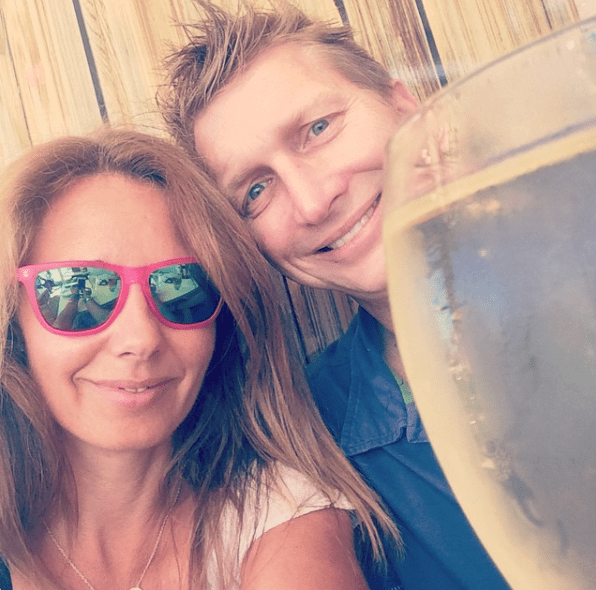 My world as I knew it changed on March 27, 2015. I was a 43-year-old mom of two very active boys, wife of 17 years to Hot Hubby, active, non-smoker, with no family history of cancer. We work hard and play hard. Perfect right? Turns out that none of that mattered when I was unexpectedly diagnosed with breast cancer.
After my diagnosis, I quickly became an expert in the field of cancer, to ensure I would not die. I documented each step on my blog, and I’m going to share my story with you, hoping that just one person might conduct a self-check, or schedule their mammogram.
My routine mammogram was scheduled for March 9, with the usual small talk and freezing room (seriously, why is the air at 65 degrees?)
MARCH 13 – I received a callback… not to be confused with the “You almost got the part” kind, but they wanted me back for a ‘diagnostic mammogram.’ Mildly concerning, but according to my research, less than 10% of women called back are diagnosed with cancer, so surely this was the case.

MARCH 23, Callback Mammogram Day. The technician spent the next 75 minutes, nervously pulling out equipment I’d never seen. At one point, I texted Hot Hubby, ‘Babe, I think I’ve got cancer.’ He told me I was obviously crazy and to chill out. I’m not a chatty person, so the nervous prattle from the technician was really starting to irritate me. Eventually, she said “Ok, let’s go to ultrasound!” with a fake joy. We both knew what that meant, but we continued the charade. The ultrasound technician was lovely, but there was even more small talk. Are medical professionals taught to act normally and start mindlessly blathering about kids, the weather…in fact anything, except the ugly tumors they see?
An hour later, a doctor arrived. I point-blank asked her, “In your expert opinion, and you’ve probably seen about 25 people today, do you think I have cancer?”
The doctor said I had two suspicious masses and suspicious calcification that was ‘greatly concerning’ and she wanted to take a biopsy. I continued to ask my researched questions: Are the masses jagged? What size? Is calcification an indication of breast cancer?
I asked, “Based on what you see, do you think the biopsy will be positive?” The doctor gave me her professional response, but also couldn’t lie to my direct questions. She said, “You seem to be the type of person who doesn’t like surprises.” I wanted to say “Did you know that I’d unwrap my Christmas presents from the tree, peek, then re-wrap them from ages 6-30 years old?” She then patiently and candidly answered my questions, walking me through the ultrasound findings. And it was not positive.
I asked: “So basically I’m showing four red flags for breast cancer?” Very professionally, she answered, “Yes.”
So that was that.
I called Hot Hubby, who of course tried to remain positive, but we both knew that we were likely facing breast cancer. 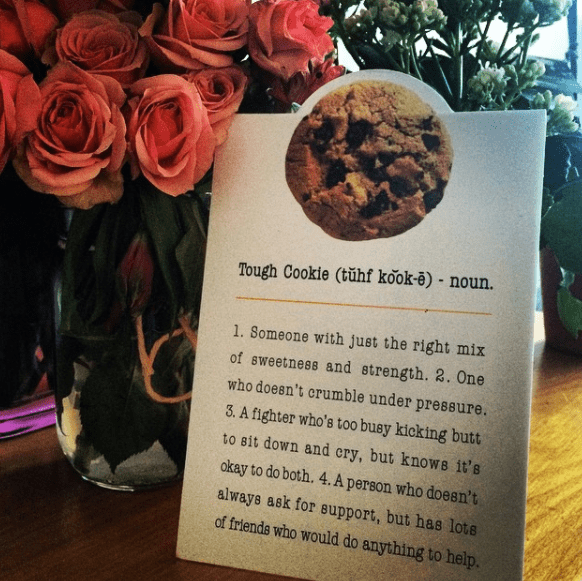 MARCH 25 – Biopsy Day. My BFF was taking me and was so worried. She had a vile tasting red juice for me. Knowing her, she probably researched the best juice for cancer because that’s the type of friend she is. I pretended it wasn’t vile; she pretended she just picked me up a juice, and we headed to the appointment. We joked about me needing to hold her hand in there, as she tried to remain positive.
The technician was again warm and kind, but again, it was clear, she already knew that I had cancer and she felt sad for me. I lay on the table as she prepared the syringes. Not quite as much small talk this time, thank goodness. BFF stayed in the room, and I was secretly so happy.  I didn’t want to be alone with the sterile equipment, pretending to be brave. Truth was, I was terrified. The technician gave me warm towels and prepared me for the biopsy. It was all very clinical. She used the ultrasound to guide the needle into both masses, and took a syringe of gunk from four different places in each mass.
I asked the doctor the next steps in the event of a positive result.  Again, she didn’t even give me the standard “let’s wait and see what the biopsy shows”… she had sadness in her eyes and began to tell me how treatable cancer is these days.
It was pretty clear I had the big C. 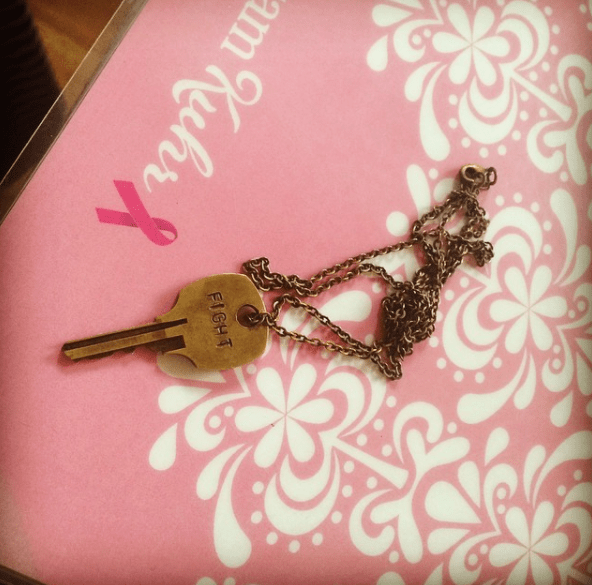 MARCH 27 –  Results Day.  Driving to the Torrance Memorial Breast Diagnostic Center, I was strangely calm. I told Hot Hubby I’m pretty sure I have cancer, I just hope it’s not the type where I’m dead in a month. I also told him if so, he’d better marry someone fabulous quickly, and not wallow in grief if I die, since our boys would need a really great mom. Hot Hubby cried, we held hands, and drove in silence.
We were immediately taken to the facilitator’s office, and she gave the news that it was indeed cancer. Immediately, I kicked into problem solving mode, asking about survival statistics. Hot Hubby began to tear, and I had to remind him to keep his shizzle together. This is a valid question. I needed to know if I should write letters to my boys for their milestone days. The oncologist proceeded to state statistics: One in eight women develop breast cancer, 95% of the time this type is treatable, blah blah…. I calmly asked, “So why do 5% die?” He paused, told me I was very blunt, then had an honest and clinical conversation about my tumors.
It was stage 2, grade 1, invasive cancer. Two tumors, a third suspicious calcification area, and next was MRI and genetic testing. I’d then meet a team of doctors to discuss options and whether chemotherapy and radiation were needed.

My brain was spinning. Hot Hubby and I left in stunned silence. I began searching through my brain’s Rolodex, formulating a plan to attack this in the most aggressive and efficient way possible.
We decided to go to Hennessey’s on the Hermosa pier, look at the ocean, have a glass of champagne, and figure out how to possibly tell our sweet boys that mommy has cancer. I hate you cancer! You can take my hair, my breasts, and require many major surgeries, but I was so angry that my sweet boys would now live with sadness and fear. Hot Hubby and I felt oddly at peace, and in a strange way even slightly lucky.
I know I was just given a cancer diagnosis, but it was the ‘good’ kind; I wasn’t going to die (95% or so chance, but who’s counting) and it would mean a long road for me. BUT I’m young(ish), never in better shape to undergo major surgery. So I was ready.
Cheers to the ‘good’ cancer…I was ready to get this party started!
Click here to read what every breast cancer survivor wishes you knew!