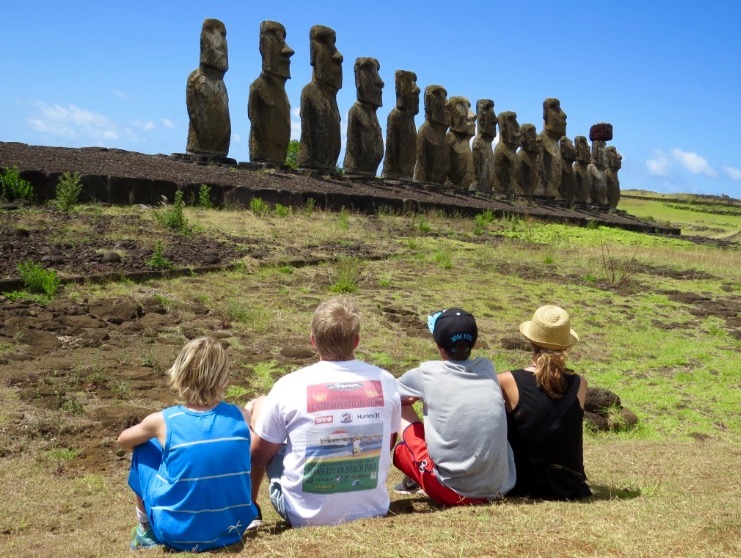 Easter Island  is known for the huge moai statues scattered all over the island, and is one of the most remote communities in the world.

It’s over 1,200 miles away from the closest inhabited island, and 2,180 miles from Chile, the nearest continent. The island is 15.3 miles by 7.6 miles and has around 4,000 residents.  Due to the extreme geographic isolation, (5 hours in the air from the nearest continent) the only commercial flights in and out are via Chile and Tahiti.  Easter Island has been at the top of our travel list for many years and we were blown away by the magical beauty and history.

Dutch explorers found the island on Easter Sunday in 1722, and for years people have wondered how the Rapanui (the island’s native inhabitants), were able to transport the huge sculptures from the quarry throughout the island, all without the use of wheels or draft animals.  There are many theories as to how the 887 moai statues arrived on Easter Island, but nobody actually knows for sure, and we had fun speculating different theories.   We knew visiting the Moai sites would be breathtaking, however, seeing them in person was truly a spiritual experience.  Our conversations trying to figure out how on earth they actually got there, our long hikes to the sites, and gazing out across the ocean with the statues standing majestically, will forever be etched in our minds as one of the coolest experiences ever. 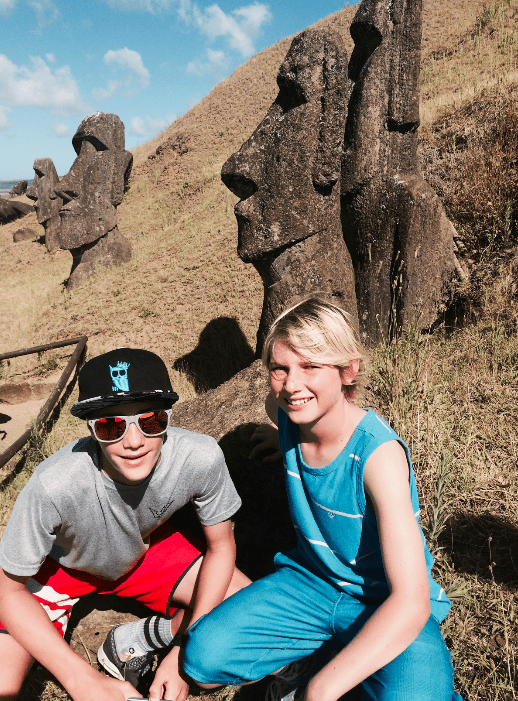 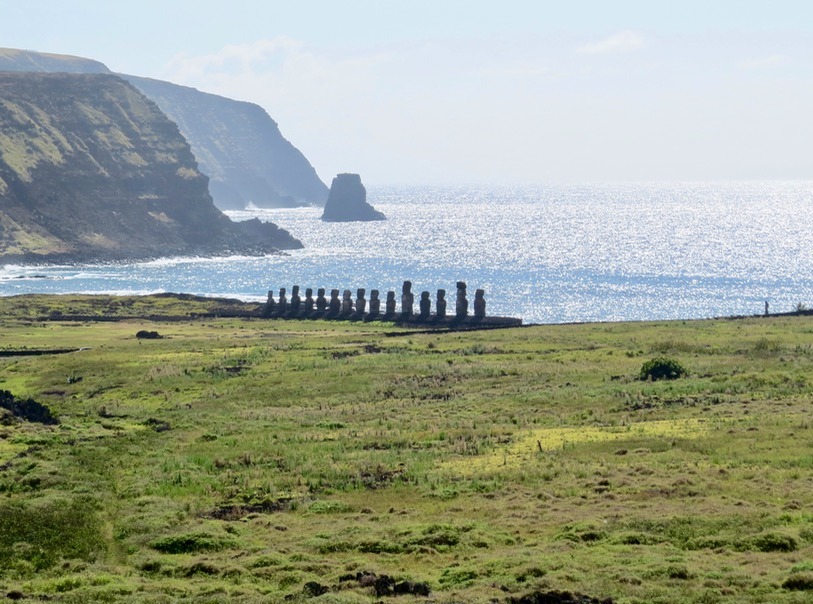 Ahu Tongariki is by far one the most impressive sights we have seen anywhere in the world. The moai statues lined up with amazing splendor, and the backdrop of the ocean, all come together to create this masterpiece. We all agreed it’s one of the most beautiful things we have ever seen.

2.  ATV around the island

It is so easy to get around Easter Island as there’s literally one road.  The boys were thrilled when our guide told us they have very liberal rules on kids riding ATV’s, and it’s quite common to see.  They were giddy when we spent the day on ATV’s exploring the island.  It was so peaceful, and in a parenting of the year moment, Hot Hubby and I scooted to the back of the ATV and let them take the wheel (in a secluded spot of course!)

It was so fun, liberating, and a great way to explore the lesser visited parts of the island.

3.  The Beach at Anakena 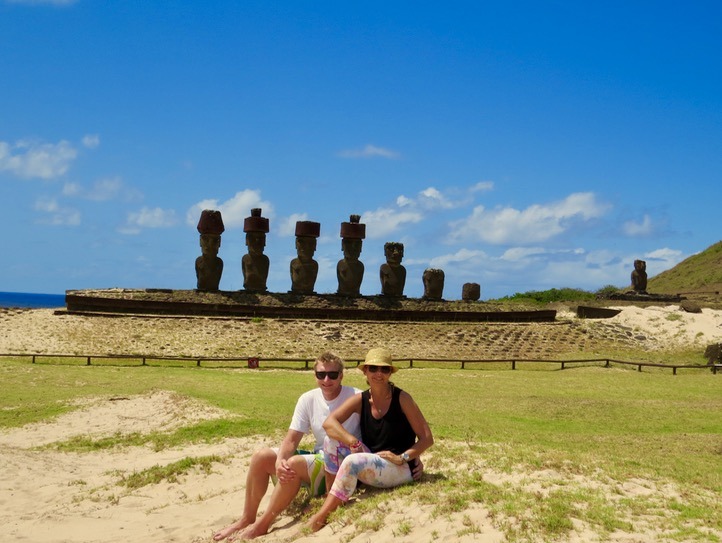 We loved Anakena beach, so much.  The white sand, crystal clear water (ok, it is freezing in full disclosure), and Moai as a back drop, were unbelievable. The view is breathtaking and even with a handful of tourists and locals there, you feel as if you are sharing in a remote, beautiful little secret.   We took our own empanadas and beer (water for the kiddos obvi)  and picnicked, although there are a couple of tiki bars that sell food and drinks too. 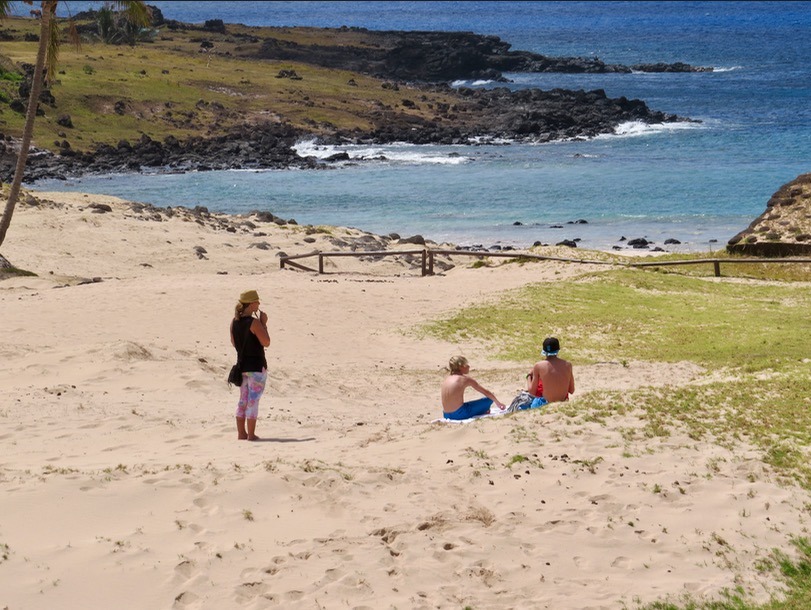 4.  The Crater at Rano Kau Volcano 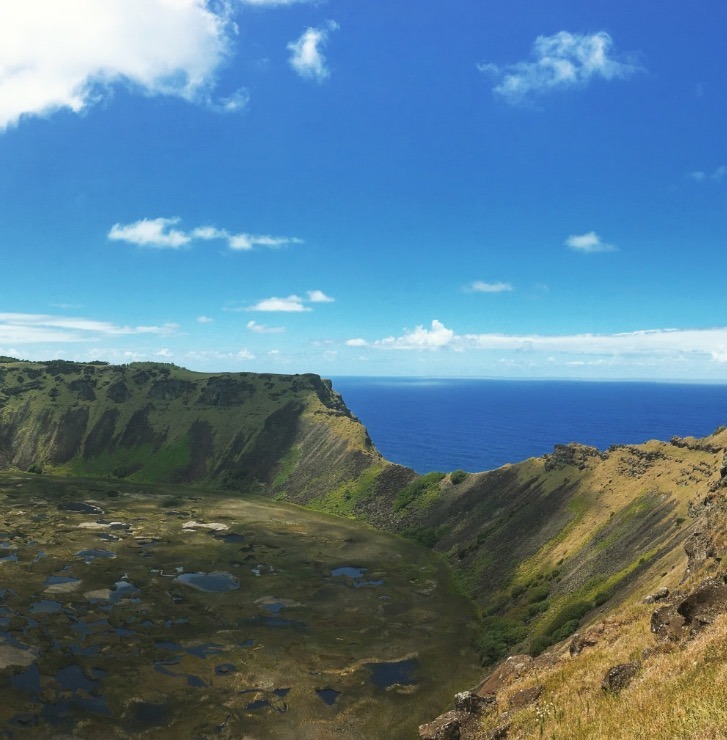 Rano Kau is a large volcano, standing 1,063 feet tall, in the southern part of the island. The crater is almost a mile across and even has its own micro climate.  We drove our ATV’s up to the crater as far as we could drive, parked, and hiked about an hour  from the road to the crater’s viewpoint. 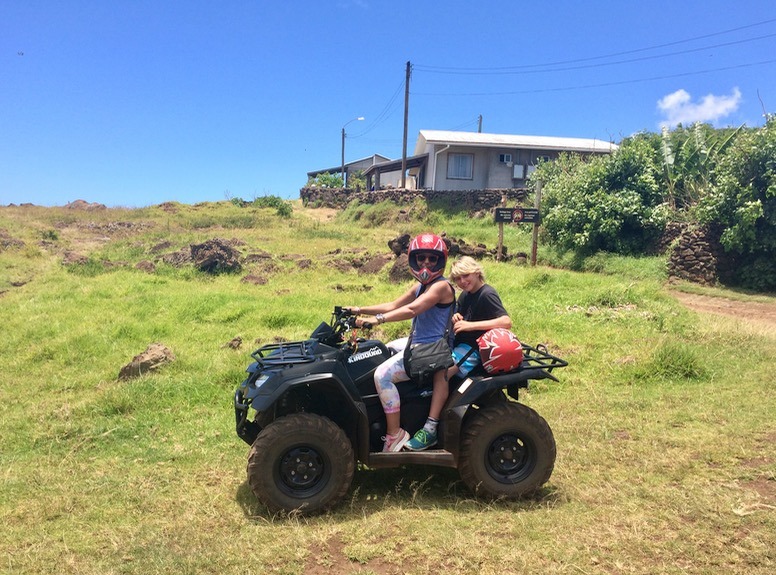 It’s a challenging hike, but the views of Hanga Roa and the coast when you get there are simply breathtaking and worth every step. 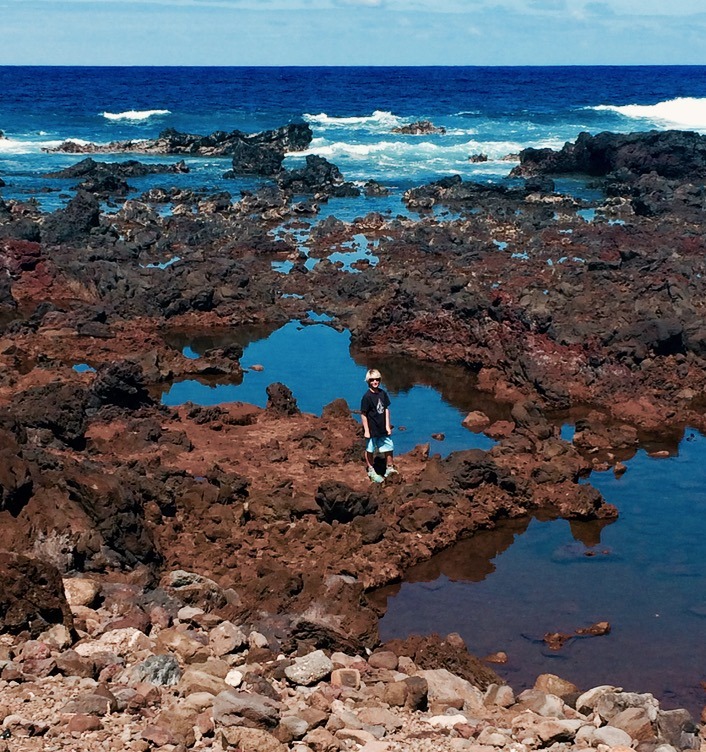 Both boys love to surf at all of our destinations whenever possible.  Sometimes it’s for the epic surf (think Tavarua, J-Bay), and other times it’s just to say that they have surfed there. The surf on Easter Island was fantastic, with a mix of excellent waves and no crowds. The coast is rocky with coral on the beaches, so it was a little tricky to get into the water, but once they were there, they both caught some great waves and met some local surfers in the water too! 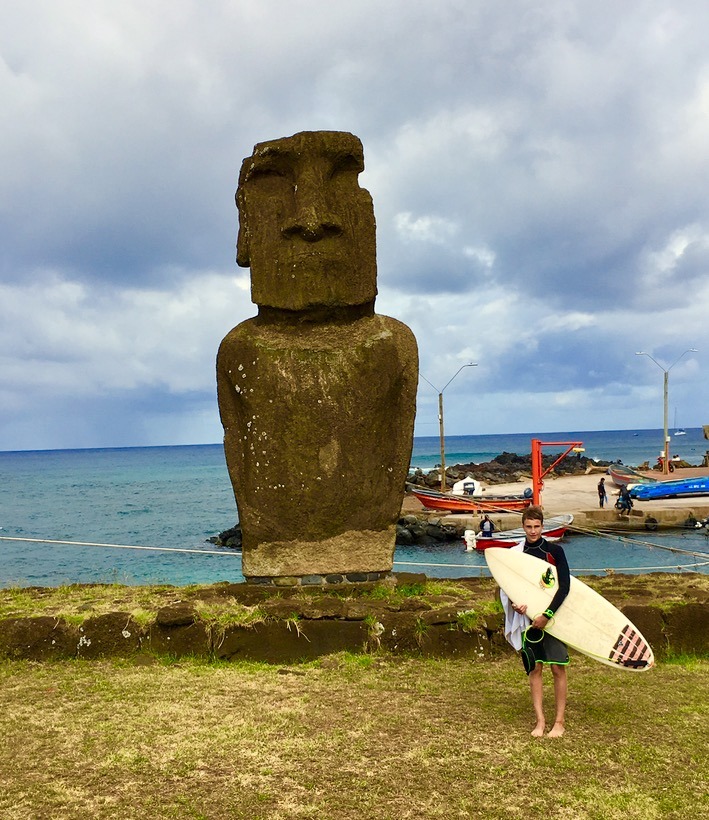