5 Things to do in Beijing China with Kids 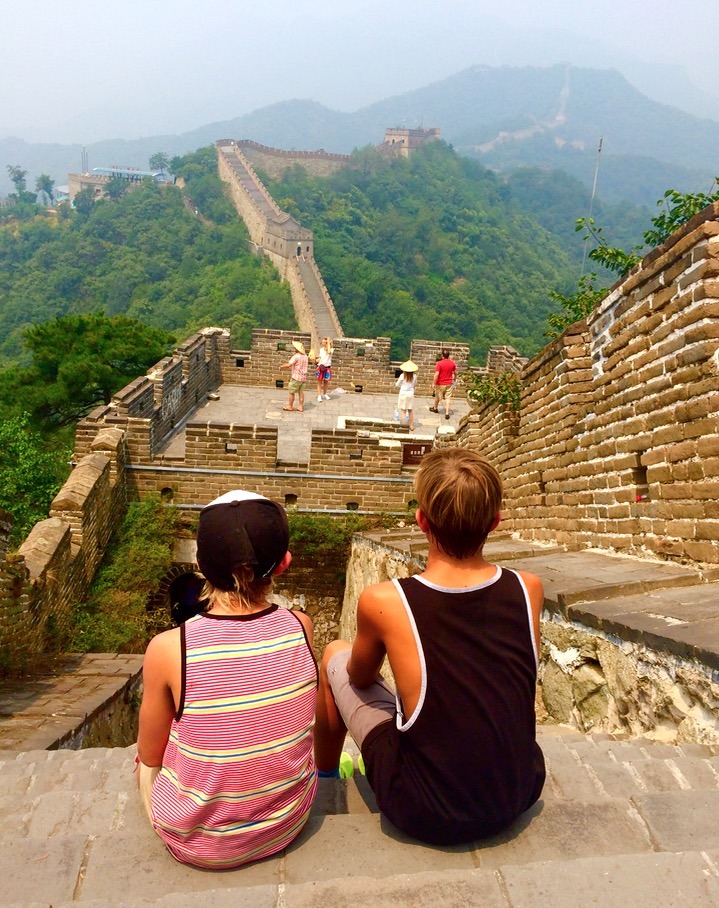 We were excited to explore Beijing China and of course cross off another ‘Wonder of the World’ from our list.  After a ton of research, we were ready to see the best of Beijing! We had our smog masks and hand sanitizer ready. However, I don’t think any amount of research could have prepared us for the smog, the intense traffic congestion, and the number of people in Beijing spitting on the ground.  In fact you need to be very very comfortable with your face pressed into the armpit of a smoking older Chinese gentleman, who is hocking loogies every minute to clear his throat. I swear one particular man must have hocked at least 25 loogies in the span of about 5 minutes, and had no problem spitting them inches from my toes.   It’s actually quite impressive if you really think about it, and the boys were in hysterics watching my face. 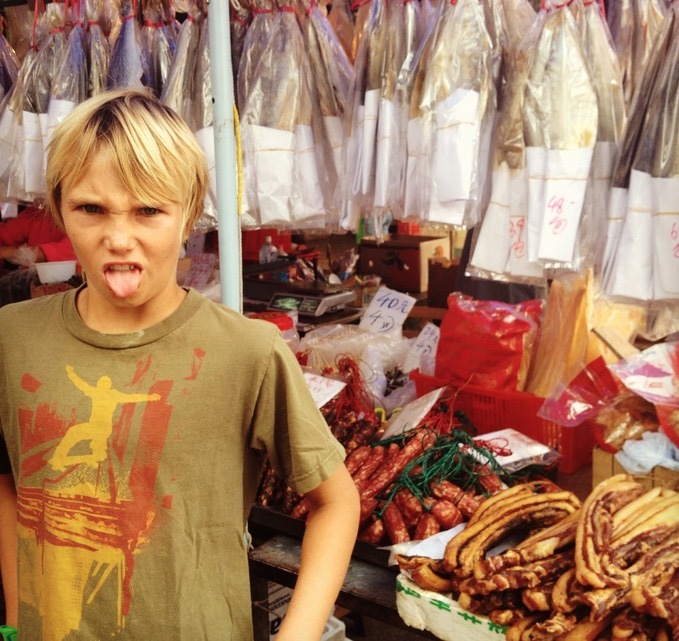 Oh and apparently burping loudly whenever you feel the urge and passing gas is very acceptable in public too.  In fact it shows they have really enjoyed their meal, so the loud belching and trumpeting sounds from below the table in restaurants were always a treat!  In full disclosure, it was usually older people, and the city is THICK with smog, so I think it’s a practical matter and a cultural thing where they just don’t give a shit any more.  Anyway, if I haven’t scared you off yet, see below our favorite activities in Beijing! 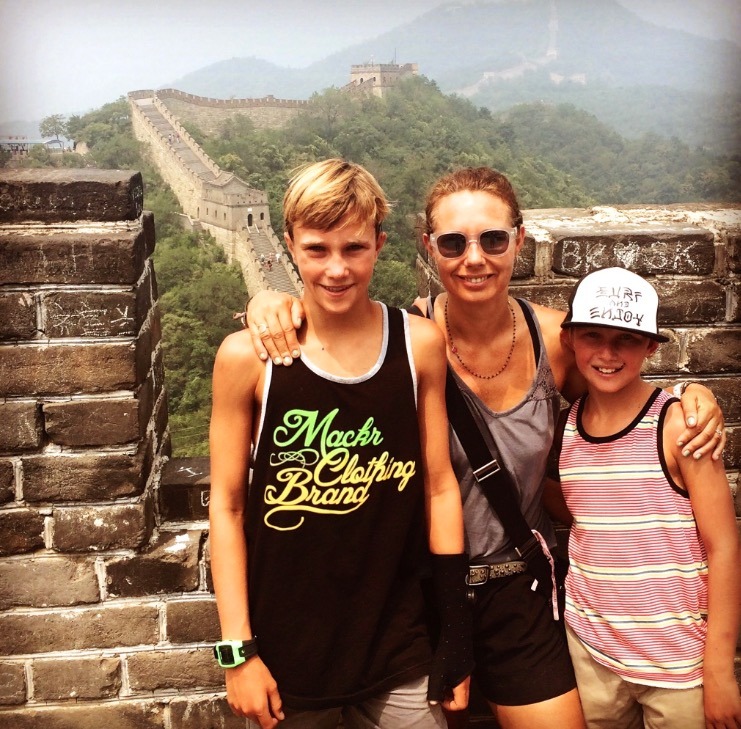 1. Climb the Great Wall of China

Just north of Beijing, you’ll find one of the most famous monuments in the world, the Great Wall of China.  This was by far the highlight for us.  Although it’s unlikely you’ll see the whole thing, after all, it measures about 5,500 miles long.  There are different sections you can visit, and we chose The Mutianyu Great Wall.  We chose this because it’s one of the best preserved sections, and is a 2.5 hour drive from Beijing.

This section is less crowded and you can walk for long distances and a cable car takes you to the entrance.  I would HIGHLY recommend you bring plenty of water, sunscreen, and snacks as it is incredibly hot, smoggy, and there are limited places to purchase refreshments up there. 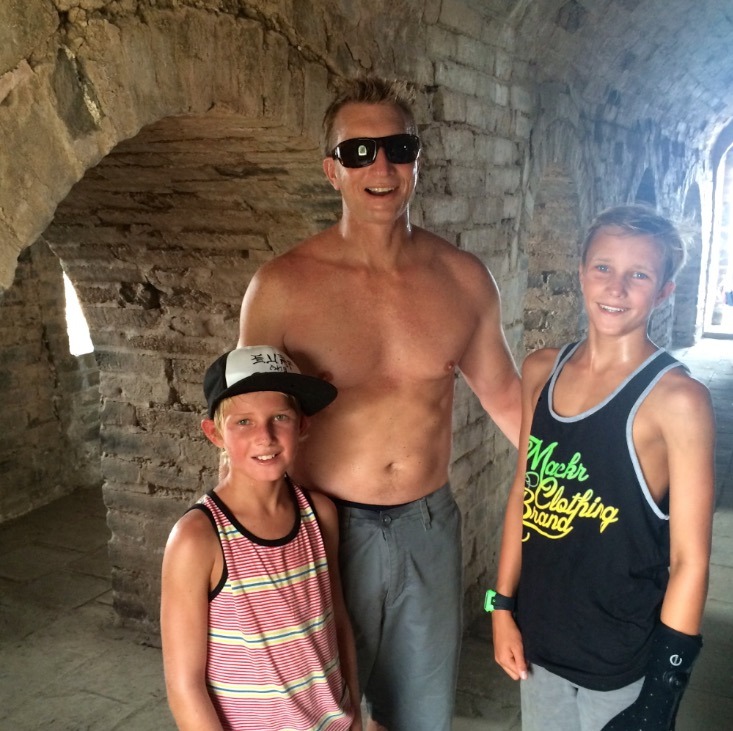 You can walk for miles along the wall and there are plenty of places to rest and get some shade, before you carry on hiking! 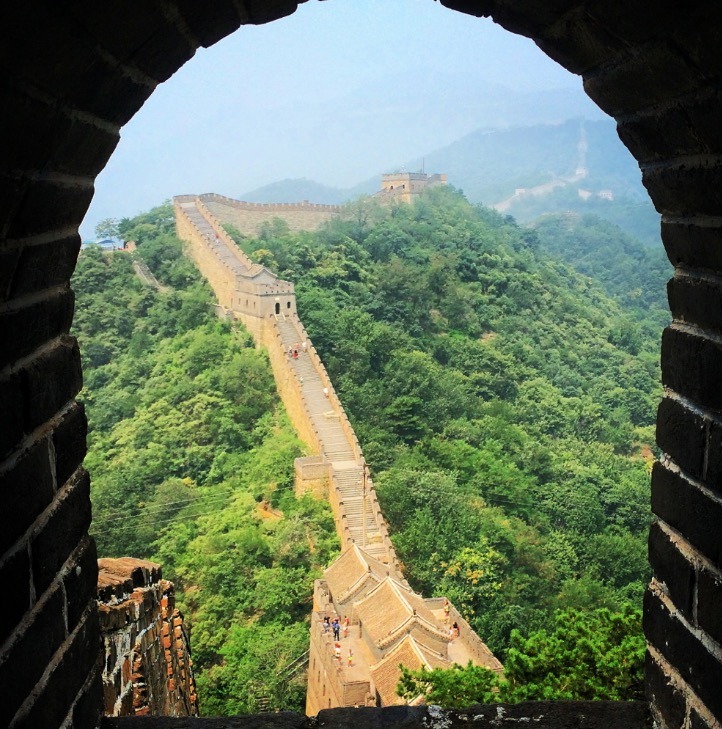 The hike alone is quite strenuous, and with the thick smog and hot weather, it can take its toll on unprepared visitors.

The fun part for us was taking the luge down. I have to say, it’s pretty spectacular luging down from the great Wall of China! 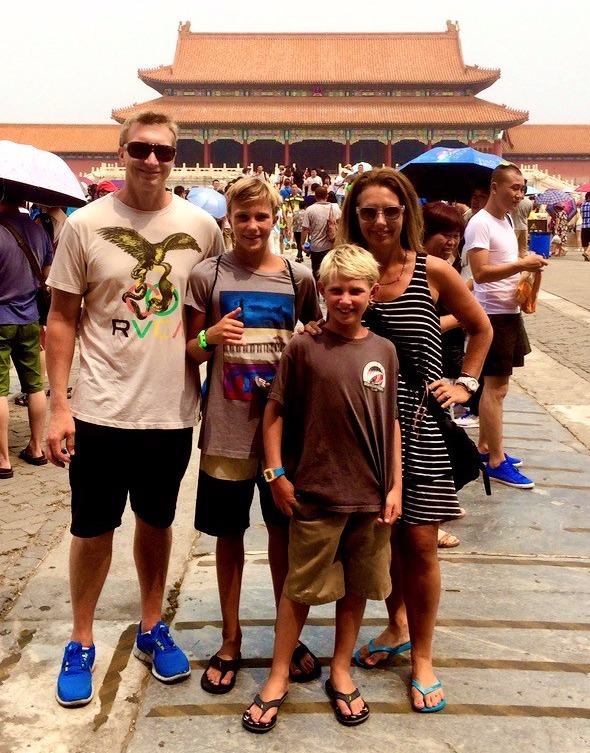 The Forbidden City, also known as the Palace Museum, once served as the imperial palace for 24 emperors during the Ming and Qing Dynasties (1368 – 1911). This massive complex sits on the northern edge of Tiananmen Square at the epicenter of Beijing. It gets crazy busy with loooooong lines, so I’d suggest you purchase tickets online ahead of time if possible. Once they sell about 80,000 tickets (yes you read that correctly) for the day they close ticket sales. 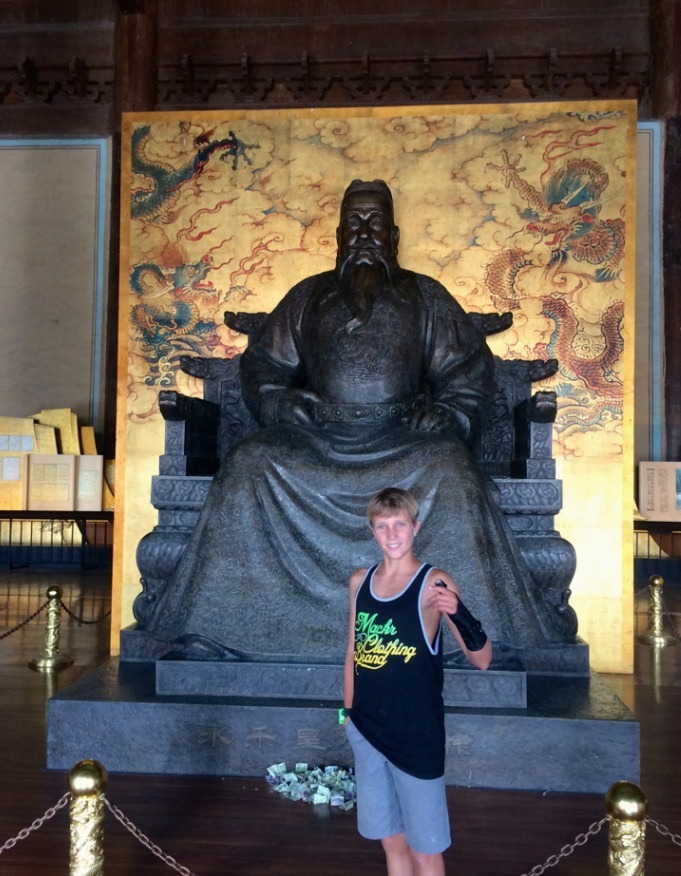 Despite the crowds, the palace is a beautiful place to visit and the history and architecture are fabulous.  Again, be prepared for lots of walking and have plenty of fluids with you. 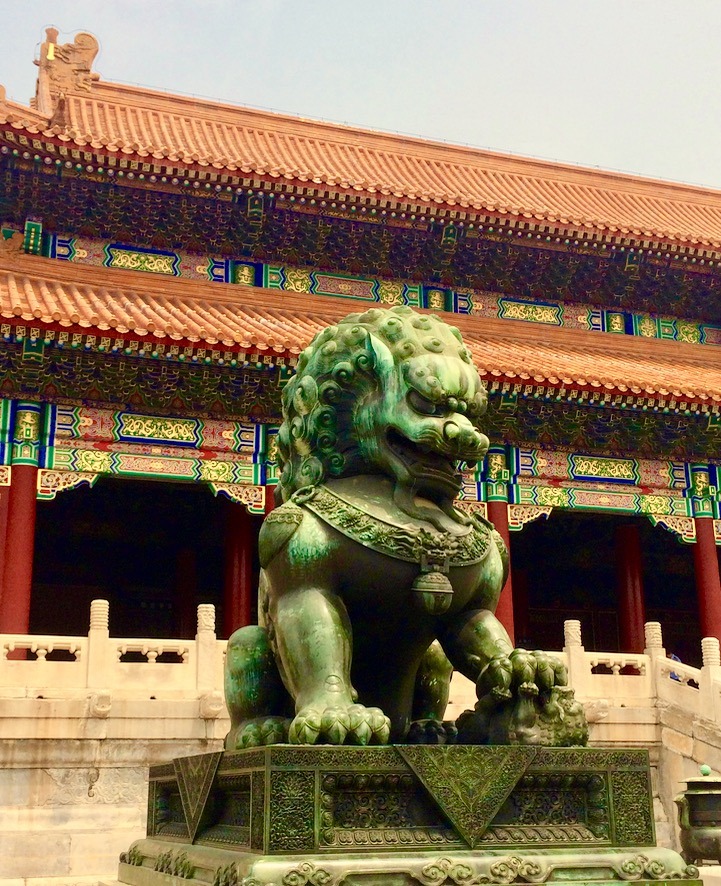 The iconic plaza Tiananmen Square, is among the world’s most famous public spaces, and is a place most western visitors and Chinese people want to visit.  It’s pretty interesting seeing the large portrait of Chairman Mao staring at you, and even more interesting knowing he is lying in a mausoleum close by.  Although Mao had wished to be cremated, his body was embalmed and construction of a mausoleum began shortly after his death. This highly popular attraction is located in the middle of the square.  Chinese tourists flock here due to their national pride. 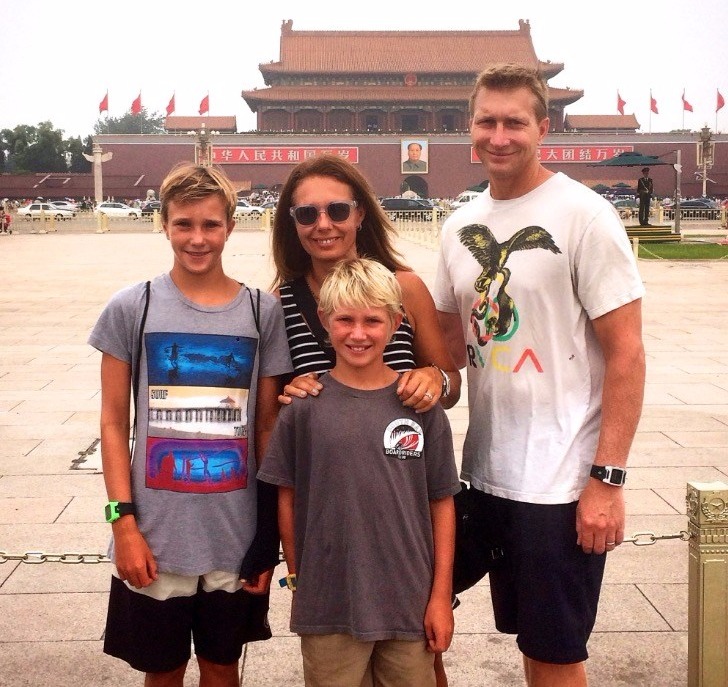 For us the heat, the crowds and the strict security check made for a long and fairly uncomfortable day.  You need your passport to visit and foreigners have to go to a different entrance than the Chinese, but it’s worth the hassle. It’s free to enter, although there are insanely long lines, filled mostly with Chinese people paying their respects. 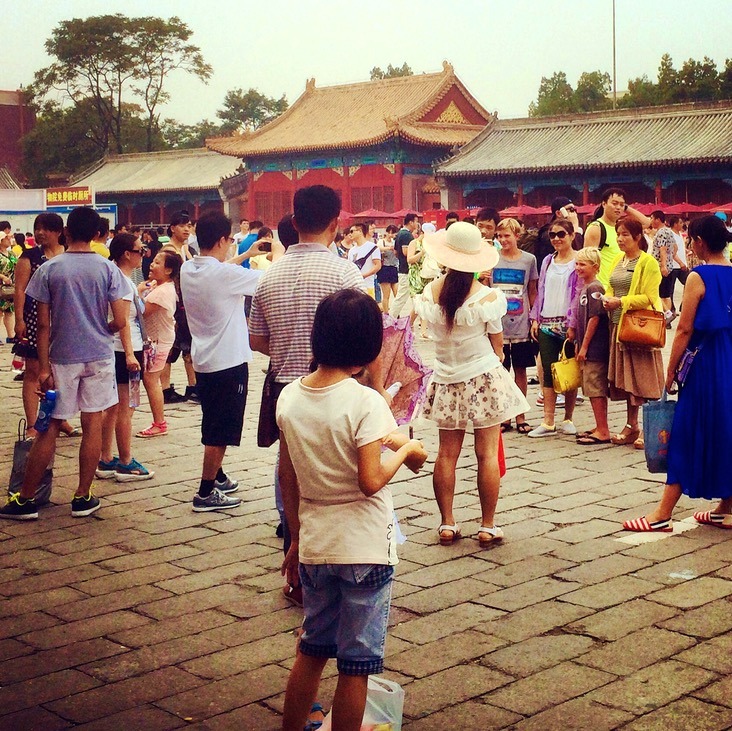 The boys seriously felt like Justin Bieber, as we encountered many groups of giggling Chinese school kids (and older people too!) who were shocked to see blonde hair, and wanted to take pictures with them at every turn!   For many of the visitors we were probably the first foreigner they have ever spoken to. 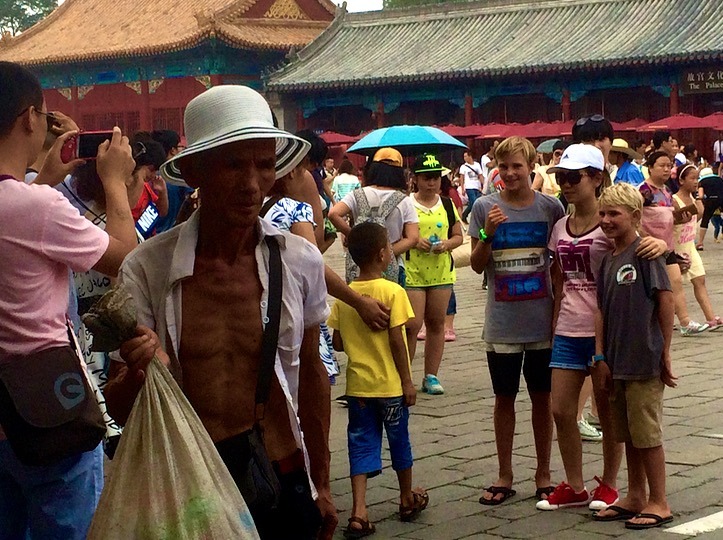 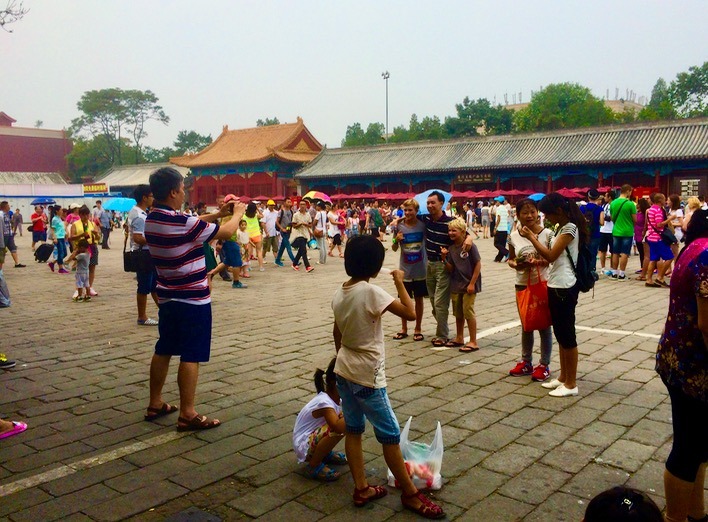 Even our tour guide at the end sheepishly asked if she could have a picture with them… I think it’s the blonde hair and blue eyes that make them stand out. 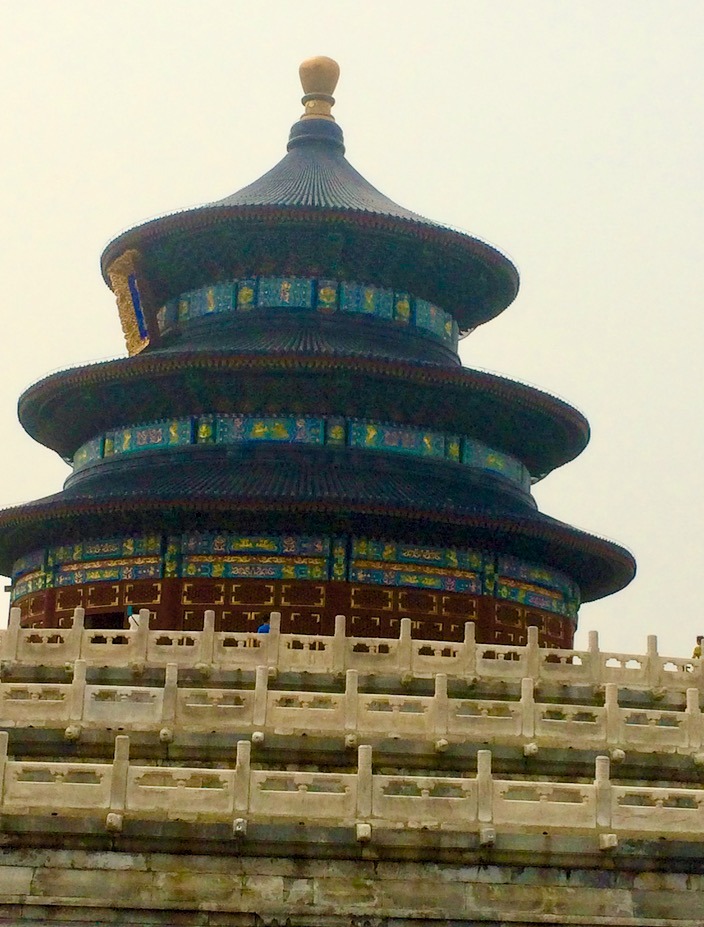 The Temple of Heaven was built from 1406 to 1420 and is where the emperors prayed for good harvests.  The temple itself is truly impressive as no nails were used in the construction, and there is a smaller temple area that you can visit, which was a private retreat for the Emperor.

The green park is a peaceful sanctuary and offers respite from the smog and busy city amongst the old cypress trees.  We were stunned by the beauty (and people-watching) in the park. There’s all kinds of activities going on (card games, Tai Chi, chess, music, sports), and the boys had a blast trying to beat the local old Chinese men at checkers! 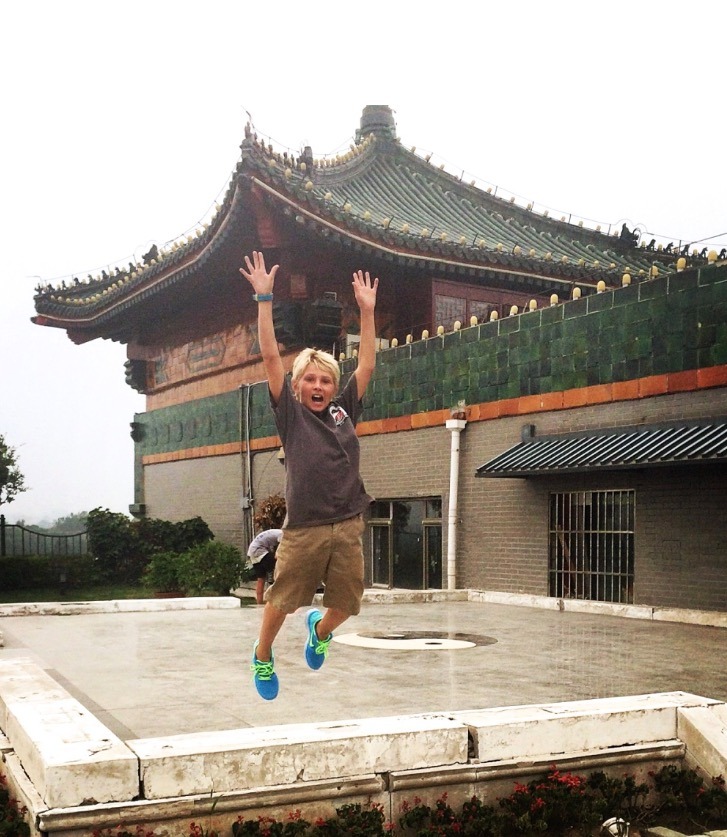 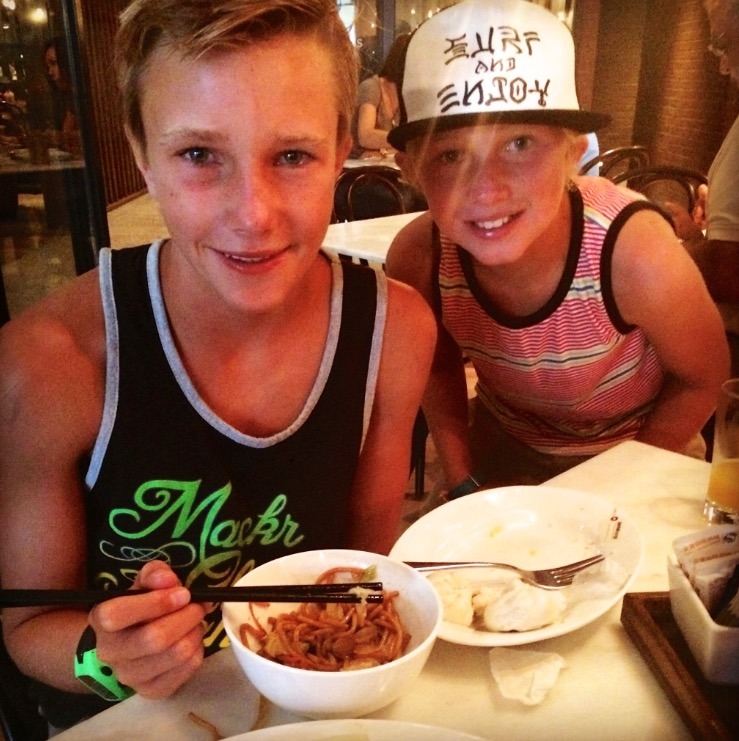 We ate Dim Dim every day for breakfast and lunch.  The steamed buns stuffed with meat and vegetables, along with Chow mein, rice and soup were to die for.  The food in Beijing is incredible.

Beijing has experienced a period of rapid growth and change over the years.  While much of the country and facilities have seen modernization and western amenities are now available, there are still many areas that might catch you unprepared.

Here are some tips when visiting Beijing China: