Brazil: 6 Things To Do In Rio With Kids 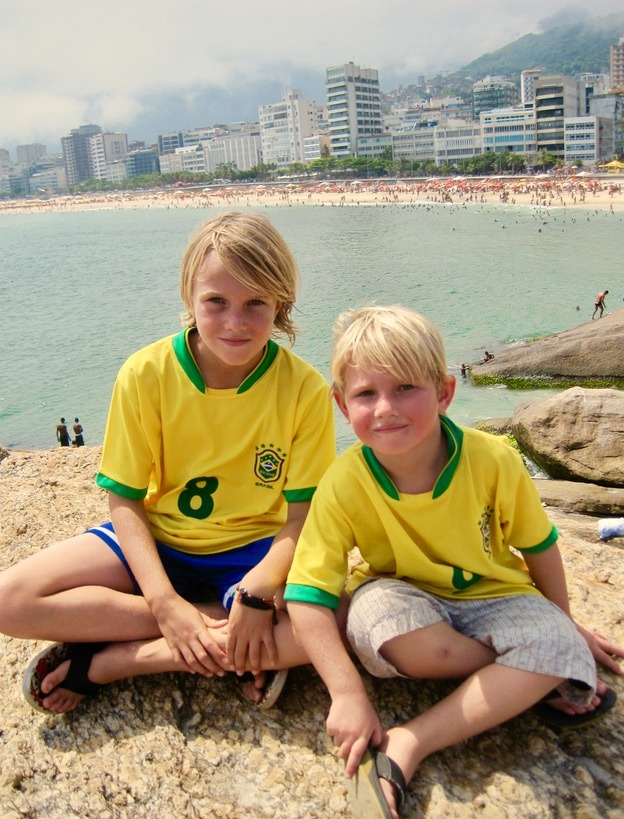 We visited Rio when our boys were 5 and 8 years old.  We’d heard that Rio wasn’t safe and was crowded, but we found the city and the people to be fun, safe, and very kid-friendly.  Now granted we were not clubbing in the Lapa neighborhood (a place that makes Mardi Gras look like afternoon tea), but we managed to get a sense of the culture, the beaches, the Brazilian lifestyle, and we LOVED it.  Here are our favorite things we did in Rio.

This iconic statue is a bucket list item for many, and most certainly was at the top of ours. At nearly 30m tall, Christ the Redeemer is the world’s largest Art Deco sculpture and weighs 1,145 tons.

He keeps a watchful eye on life below, and has been voted one of the new Seven Wonders of the World.

We took the cog train to the statue as it was the most scenic route, climbing slowly up the Corcovado mountainside through the green forest of the Tijuca National Park.  When we reached the top, we had the option of taking an elevator or 222 steps up to the statue. Given the number of Caipirinha’s we had the night before, I made the executive decision  we’d all climb the steps.  The view from the top was indescribable. Magnificent and unbelievable. I didn’t realize the statue was so large and you are sometimes higher than the planes! 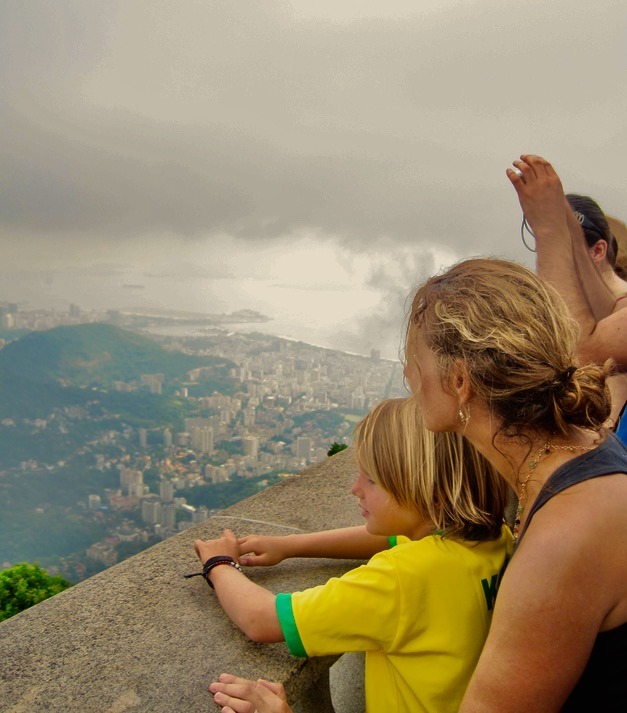 The views from the visitor centre are amazing, but are even better when you ascend to the statue. There are steps and also an elevator, but again we took the steps to soak in the different views. It is fun to go to the top by train, as it’s a scenic ride and amazing experience for the kids.  The top gets extremely crowded and sometimes makes it difficult to take pictures so I’d suggest trying to go early in the day when it opens. 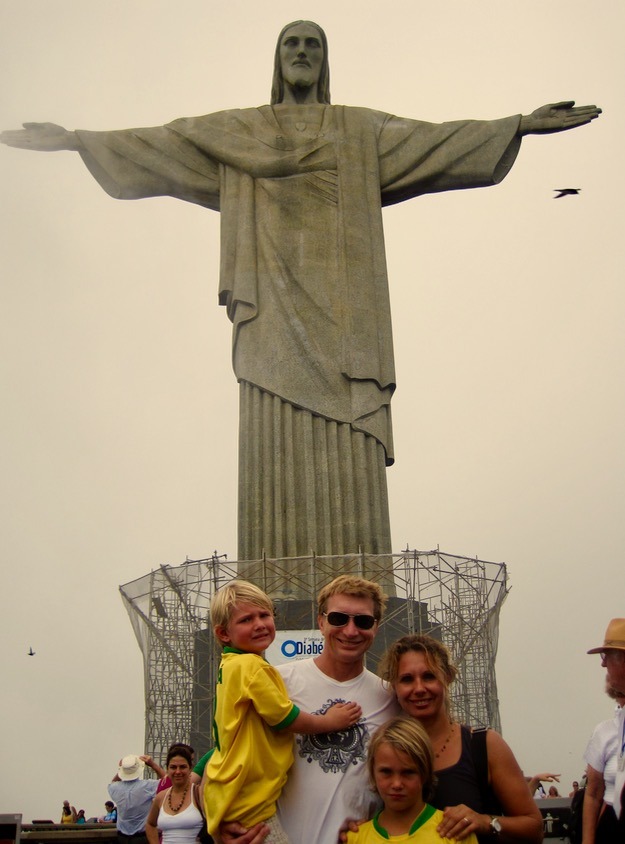 The views of Rio are just spectacular, probably amongst the best views we have ever seen.  It’s one of the sights in the world that is a “must see”, and we were not disappointed. 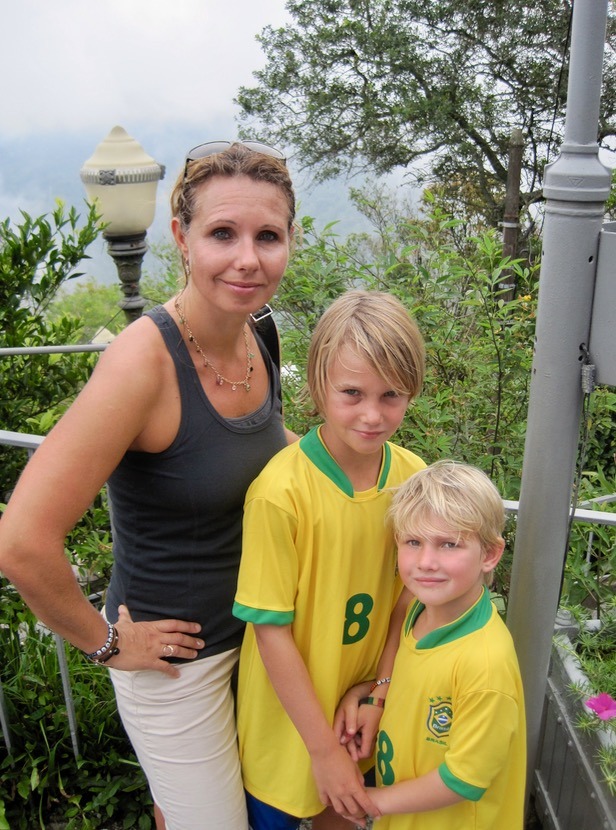 Ipanema, the place made famous by the ’60s song “The Girl from Ipanema,” was listed by The Travel Channel as the sexiest beach in the world.

The 2-mile stretch of sand has stunning views of the mountains, beautiful Brazilian people, and turquoise water. 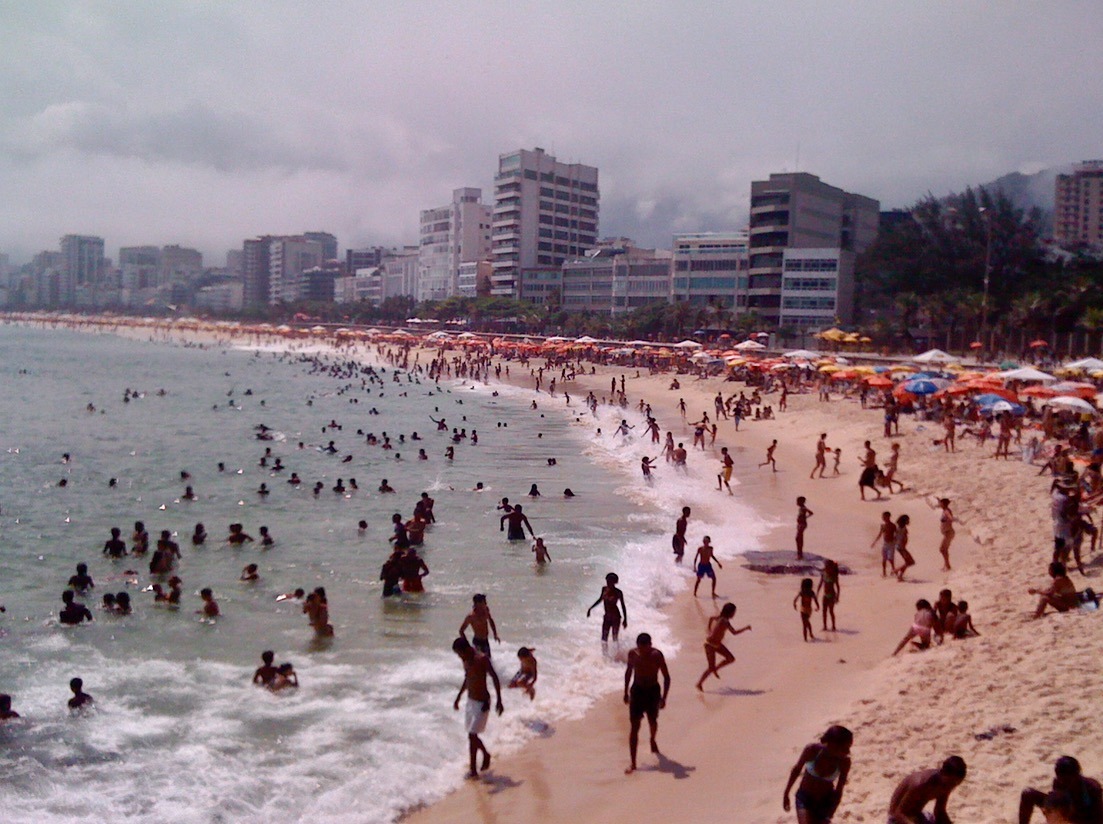 Ipanema’s vibrant and fun atmosphere is the place to see and be seen, and we spent hours sitting here people-watching.

Copacabana is often referred to as the world’s most famous beach.

It runs for 3 miles along a densely populated residential area of Rio and is always crowded and bustling.  There are coconut water sales people, street vendors, pick-up games of beach soccer and of course beautiful people to watch, as you soak in the sun.

The iconic waved boardwalk design, girls in tiny bikinis, and striking landscape, make for a classic Brazilian experience.  I have to be completely honest however, I was a little shocked at the trash, old food and litter, that collected on the beach and in the water. 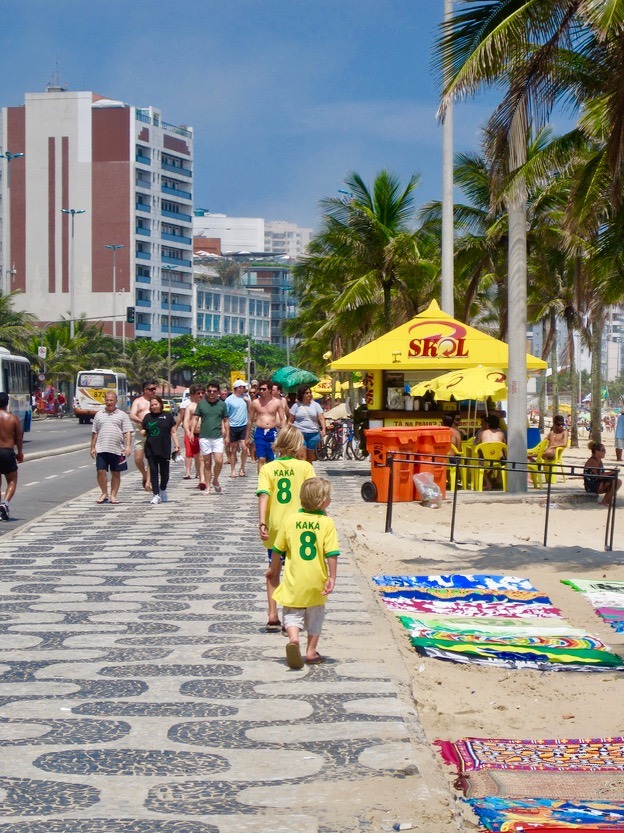 Sugarloaf Mountain is a peak that rises 396 meters high and gives you a bird’s eye view of Rio and stunning views of the surrounding beaches, mountains and forests. This is one of the top attractions for tourists. 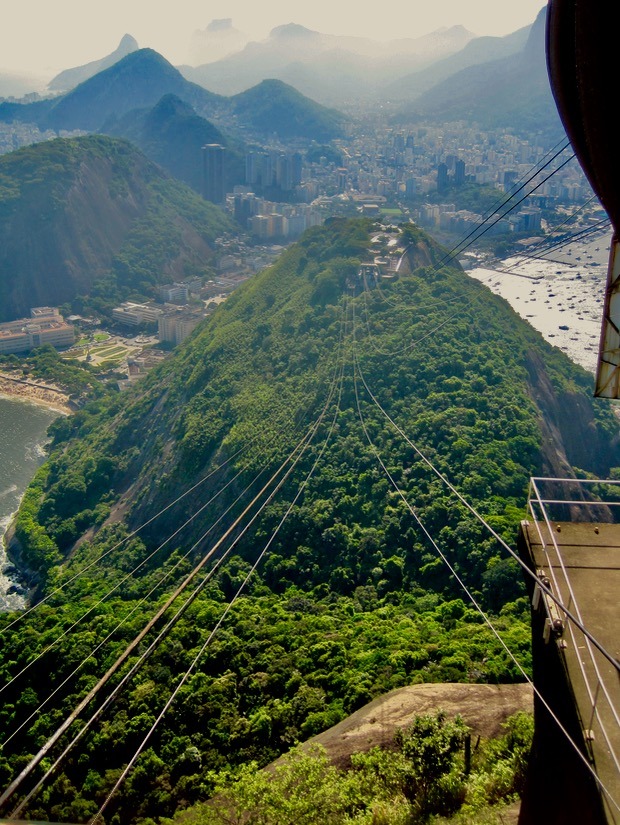 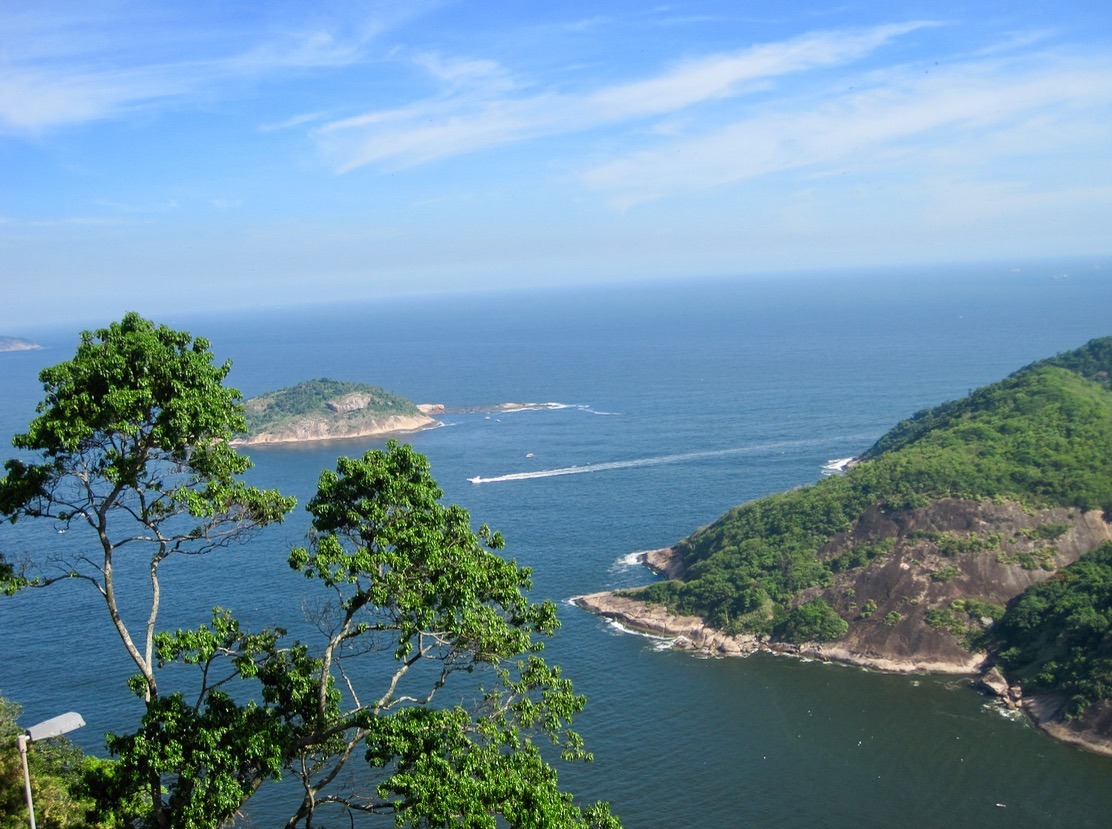 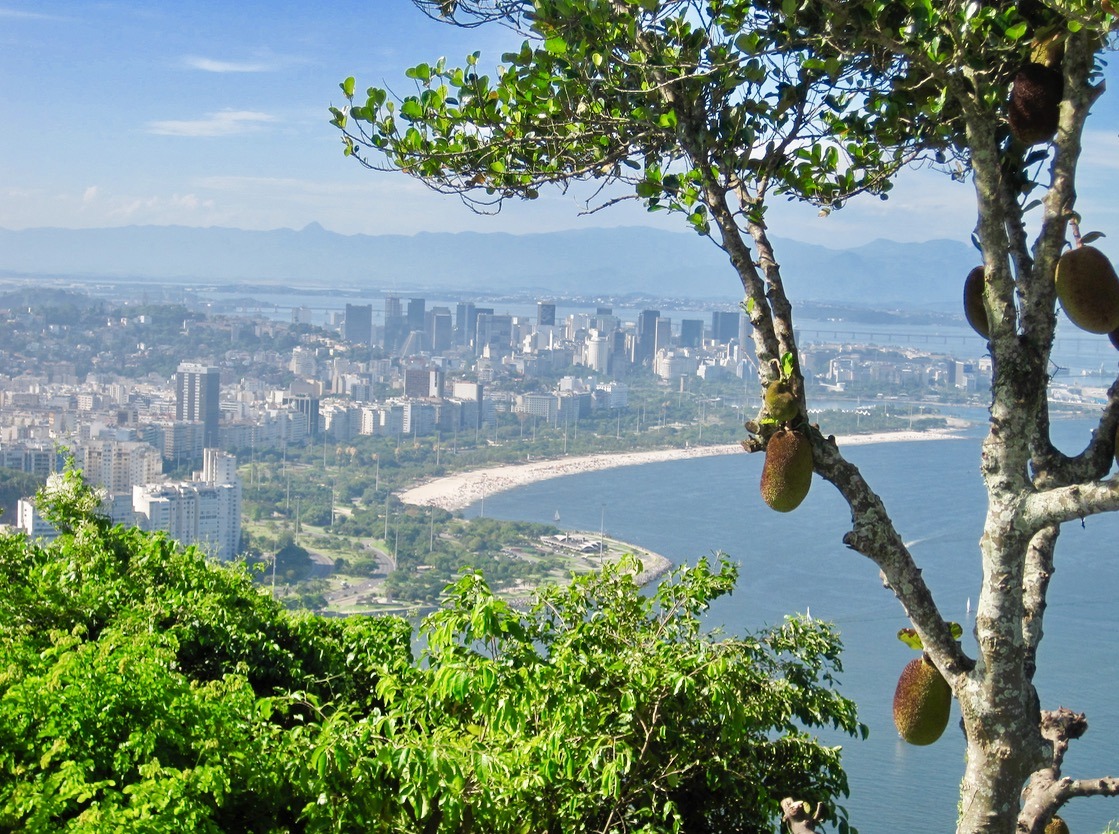 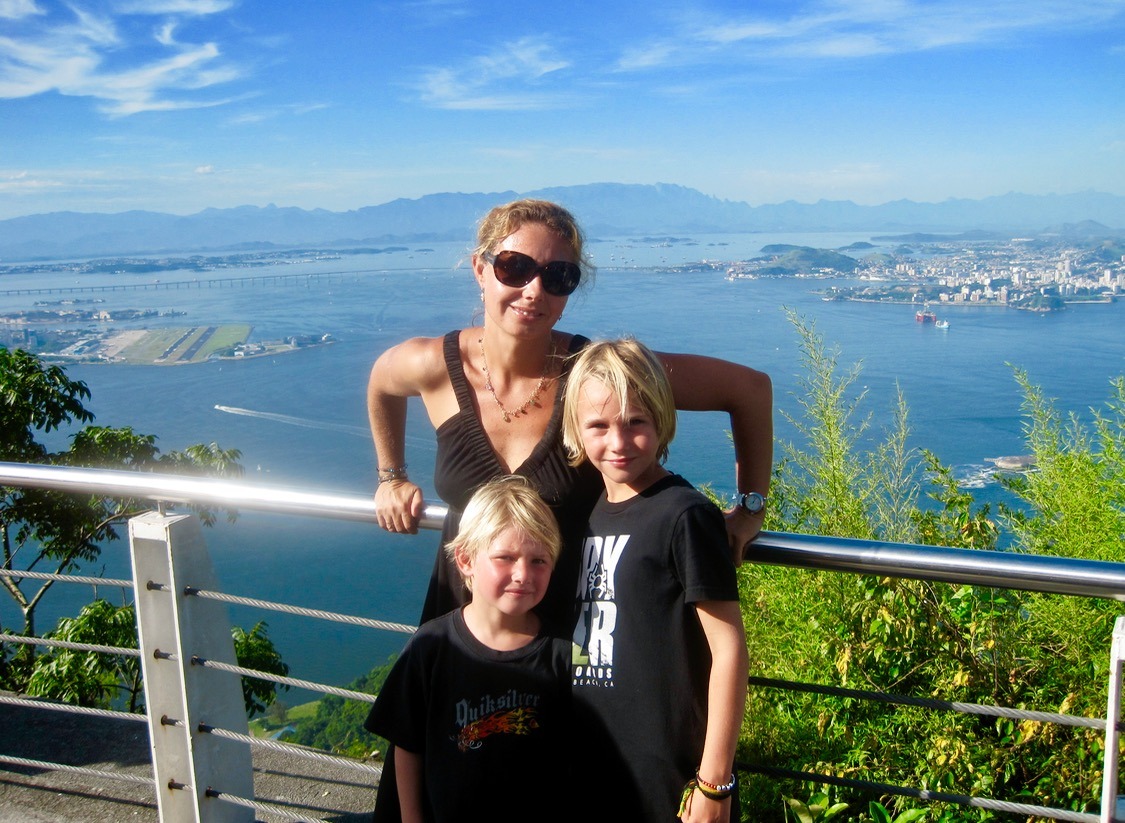 We were in awe with the views and took a hike along the trails at the top of the mountain and honestly saw the most incredible views we have ever seen.

Warning: If heights are not your cup of tea, you might want to skip this… you are VERY high and VERY exposed to nature. 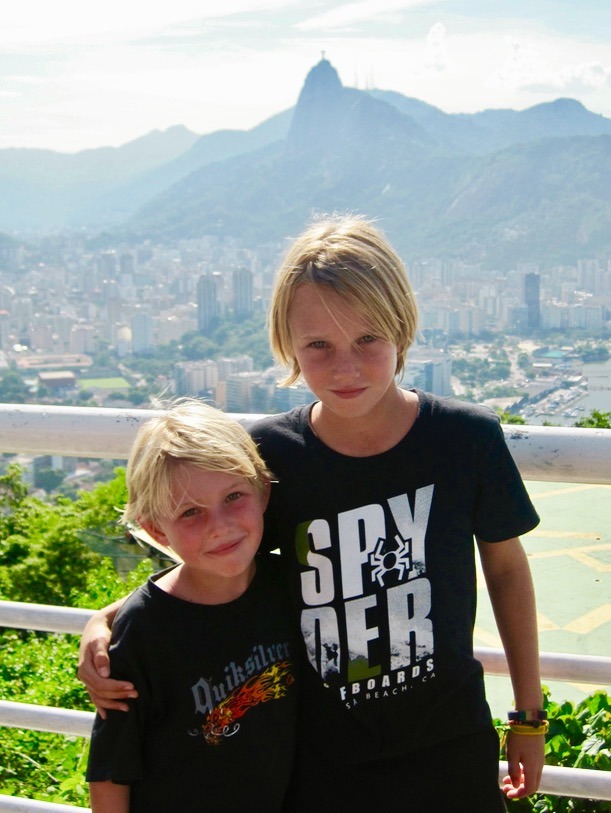 Football is the most popular sport in Brazil and is the epitome of Brazilian culture.

You see kids and adults playing football on the streets, on Futsal courts at the side of the beaches, and there are endless pick up games of beach soccer on the beaches. 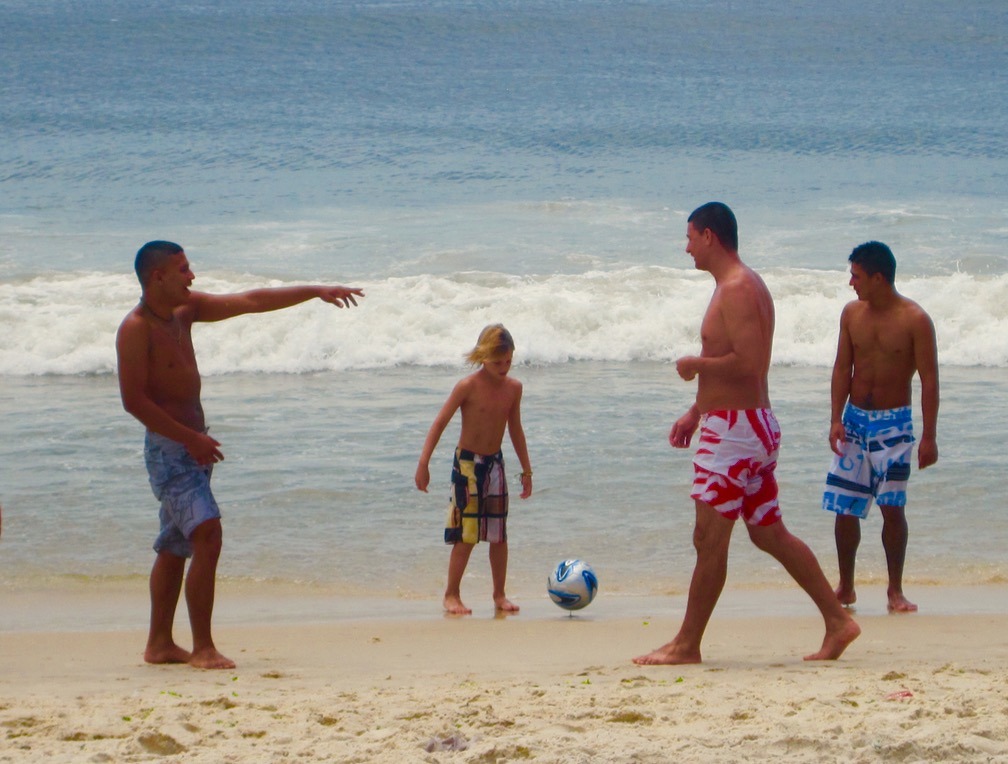 The boys were in heaven and spent most days kicking a ball around with Brazilians.

The most popular drink in Brazil (after the caipirinha of course!!)  is ‘água de coco’. 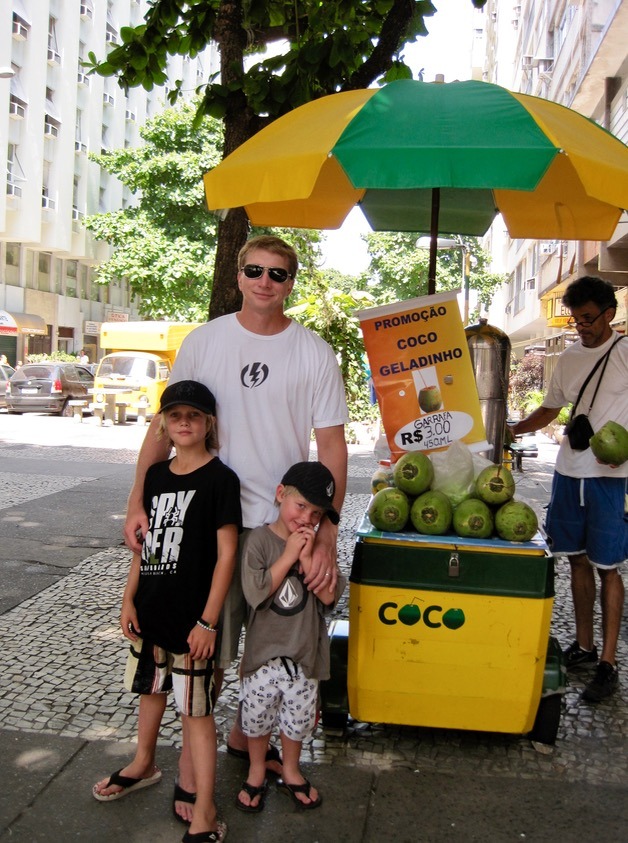 This is coconut water fresh from a young green coconut.   There are two different types of stands: the ones that open the coco with a machine that drills a hole in the top, and the more authentic stands where the coconut seller chops the top off with a machete.

We loved this and once we had finished the delicious fresh coconut water, we took it back to the man who quickly opened up the coconut with his machete and ate the delicious flesh.  Yum.

Have you been to Rio with your children?  What sights did we miss?

Cairo has been on our travel bucket list for years, but the timing was never…

Western Wall: The Heart of Jerusalem

At the heart of Jerusalem’s Old City is the Western Wall. This often…