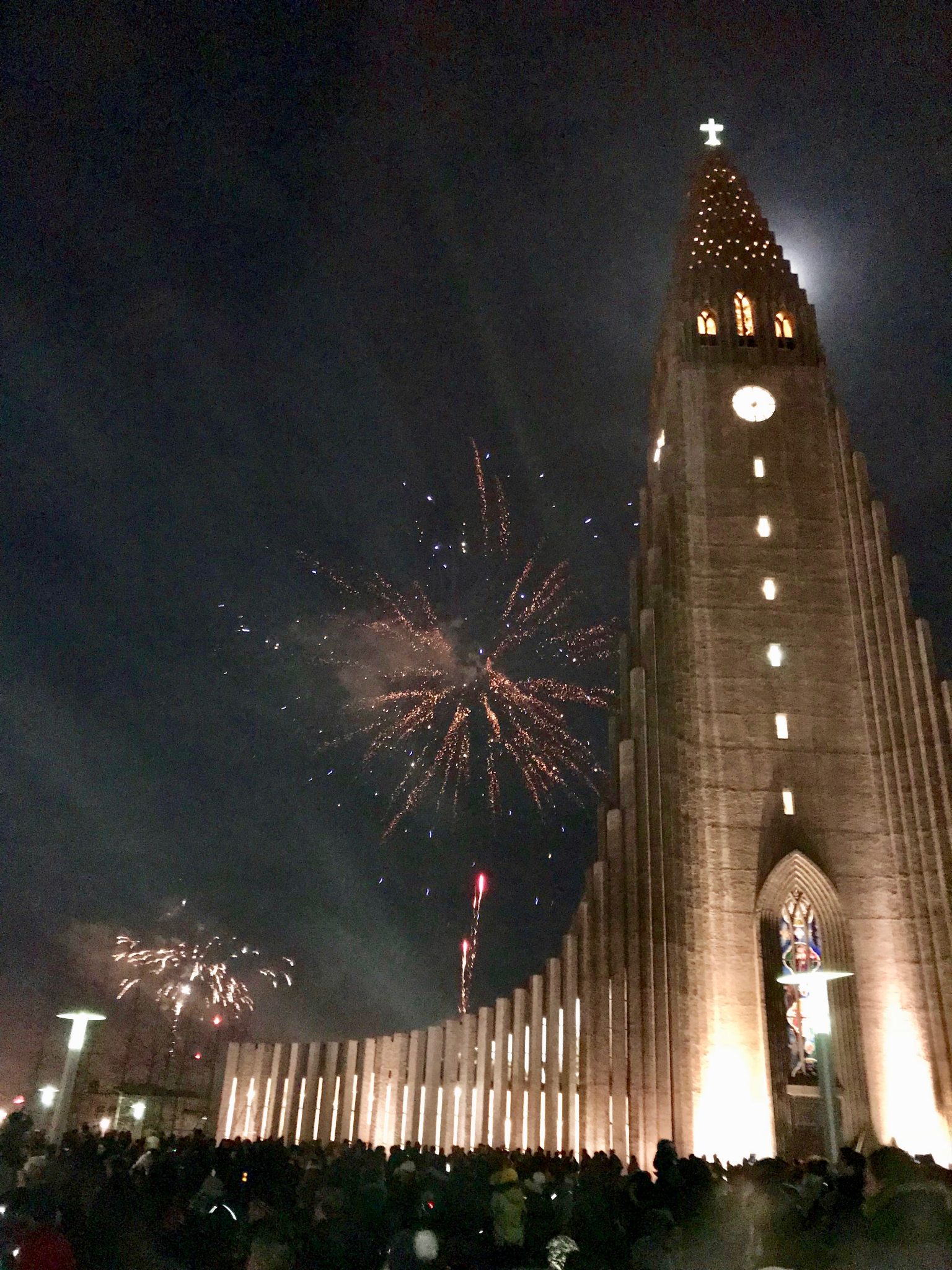 Reykjavik is one of the top 10 places in the world to spend New Year’s Eve.  Although fireworks are almost expected on New Year’s Eve in capital cities, there’s a huge difference between fireworks in Iceland and other countries. It’s a display organized for the people, by the people, resulting in a massively disorganized event. Regulations on fireworks are temporarily ignored, and every member of the country can participate if they choose. 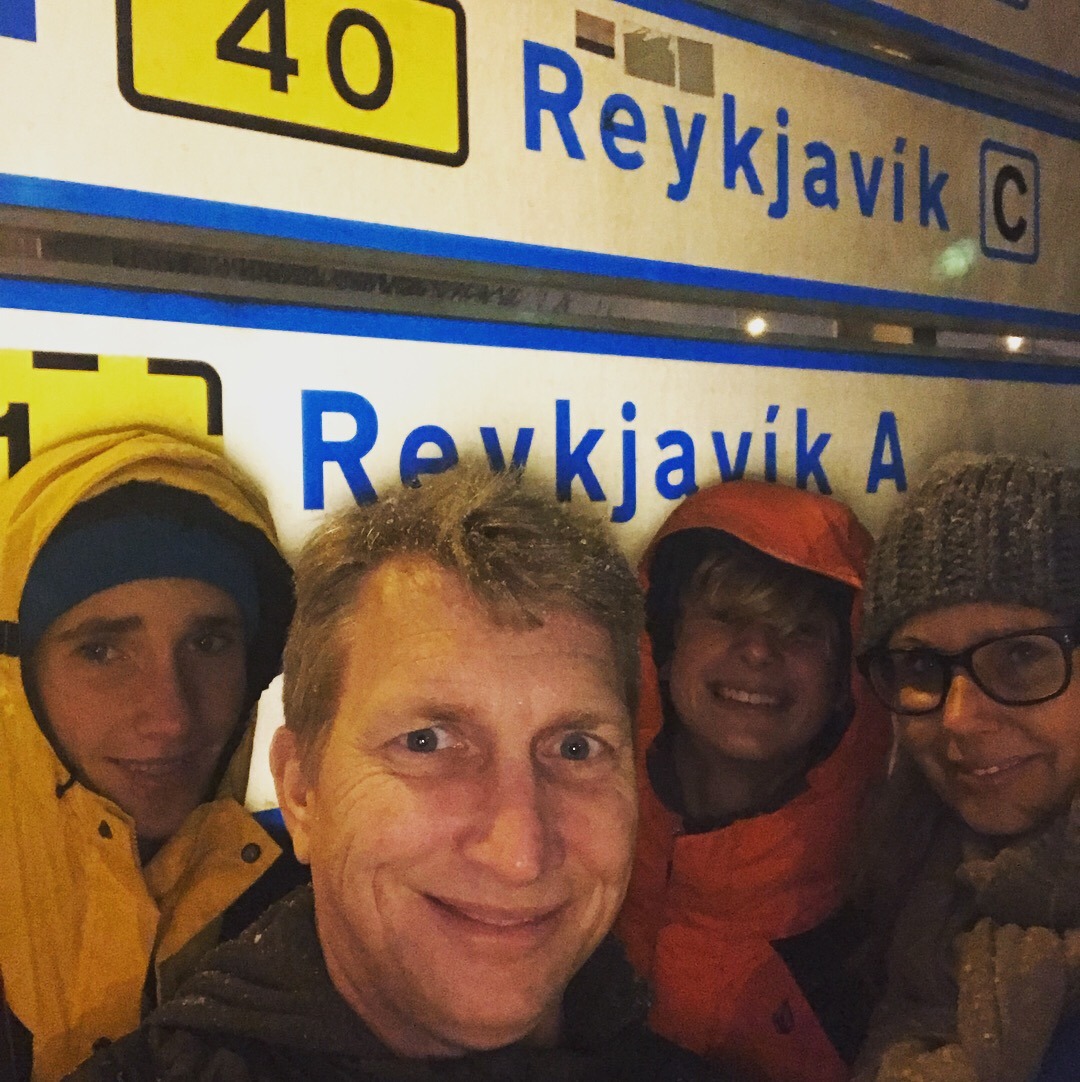 We had the good fortune of being there last year, and saw first-hand what all the fuss is about. There’s very little daylight at this time of year. Sunrise is 11.30 am and sunset is 3.30pm, but we were armed with our research and were ready to experience New Year’s Eve in Reykjavik . 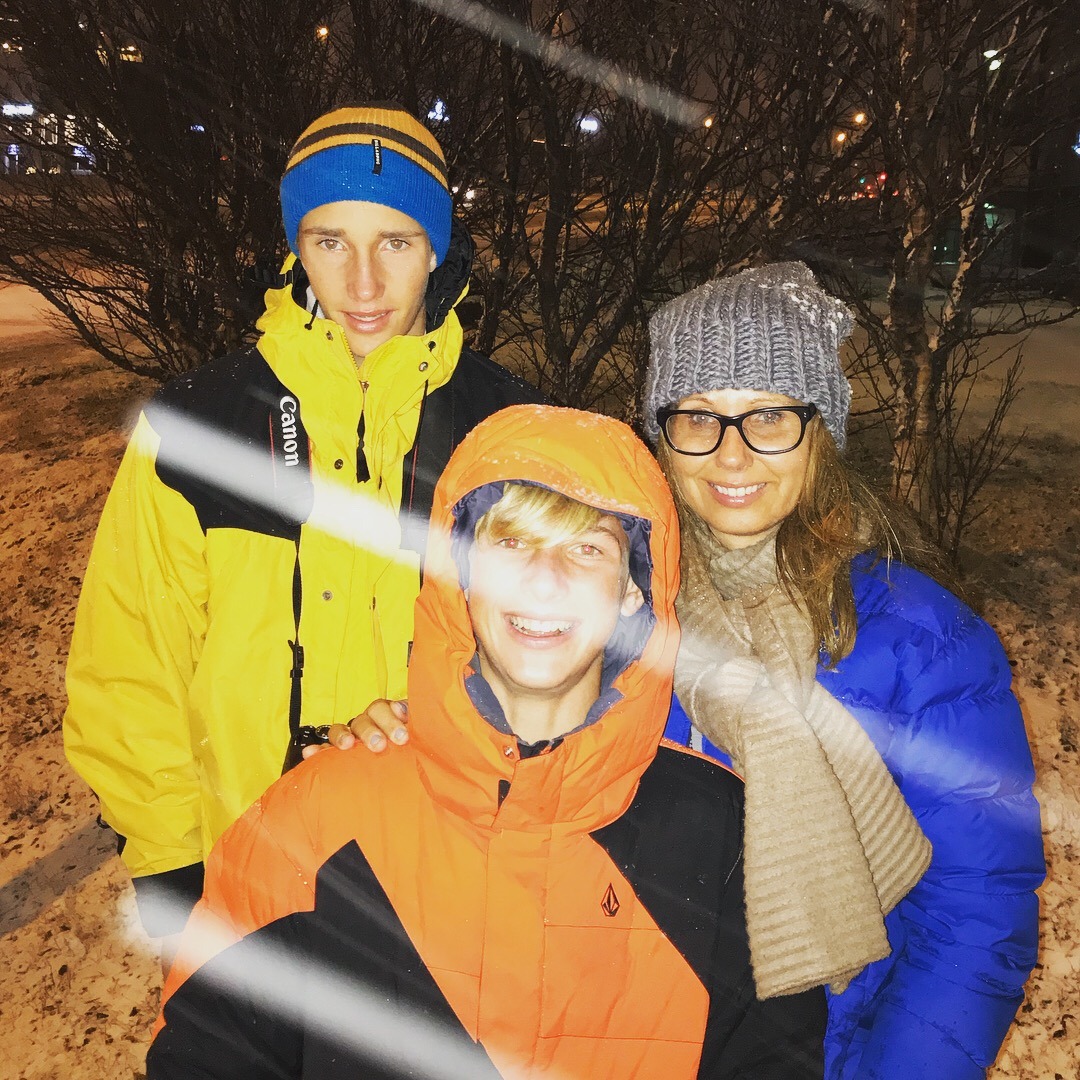 For more than 200 years, bonfires have been lit in neighborhoods all around Reykjavik at around 8.30pm. 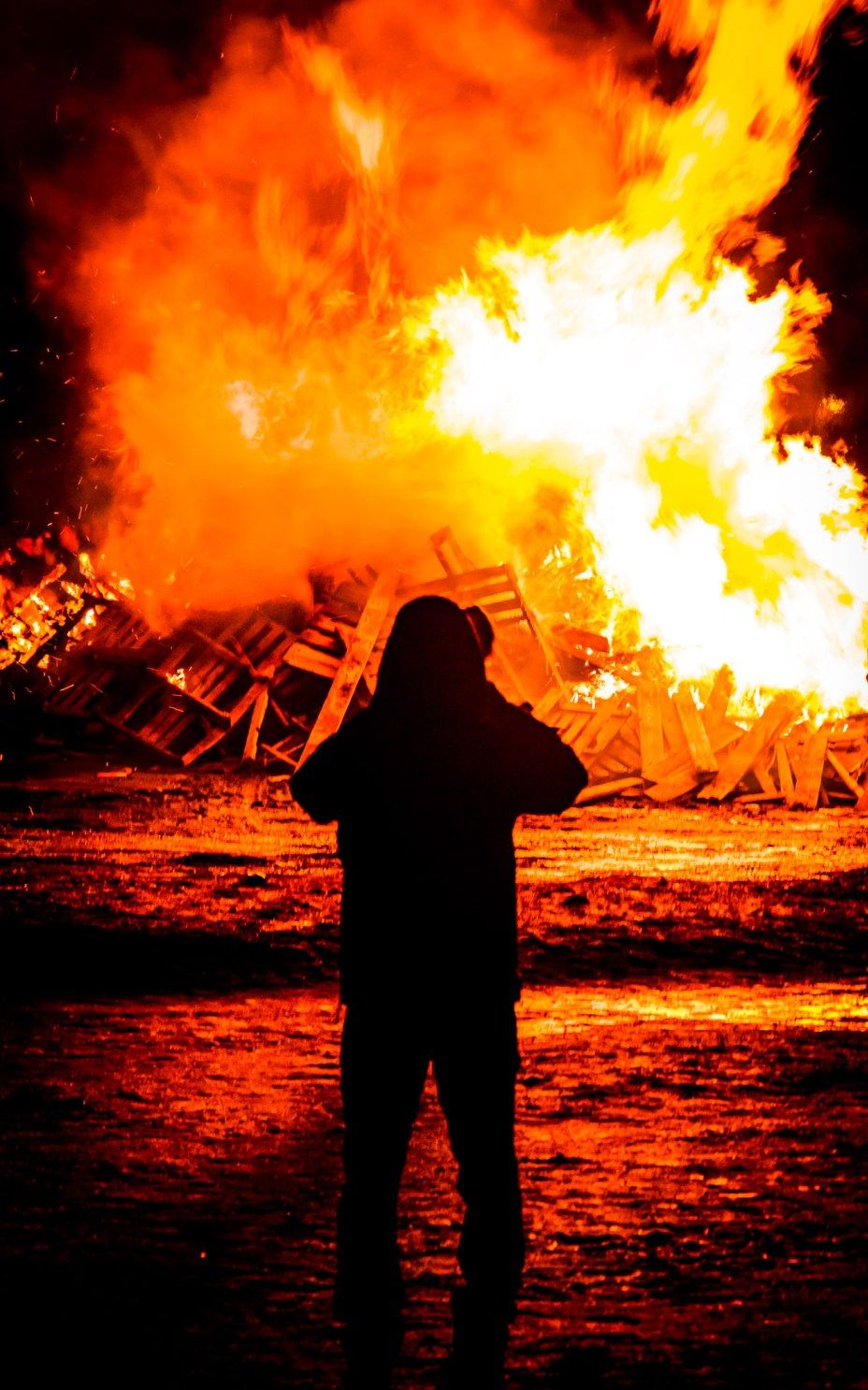 Family, friends, neighbors, and people from  many countries, gather to sing and celebrate.  They reflect on the past year, and share good tidings for the year ahead. It is truly a unique experience.  After a while, everyone heads home to get settled in to watch Áramótaskaup.

Fireworks can start as early as 6pm in Reykjavik, but it is eerily calm when almost the whole nation watches this Icelandic comedy show.  Áramótaskaup has been broadcast annually since 1966, and airs from 10.30pm to 11.30pm each New Year’s Eve.  It’s an Icelandic satire covering the top news stories and events of the year, so basically, it’s like one big SNL skit.  It’s an important part of the New Year’s Eve celebrations for Icelandic culture, and 90% of the population tunes in to watch.  This is the most anticipated TV event of the year, and people spend the next few days discussing how great or how rubbish Áramótaskaup was that year!

There’s no ‘official’ New Year’s Eve fireworks event in Reykjavik. It’s just a bunch of people who bring their own fireworks and set them off everywhere and anywhere. 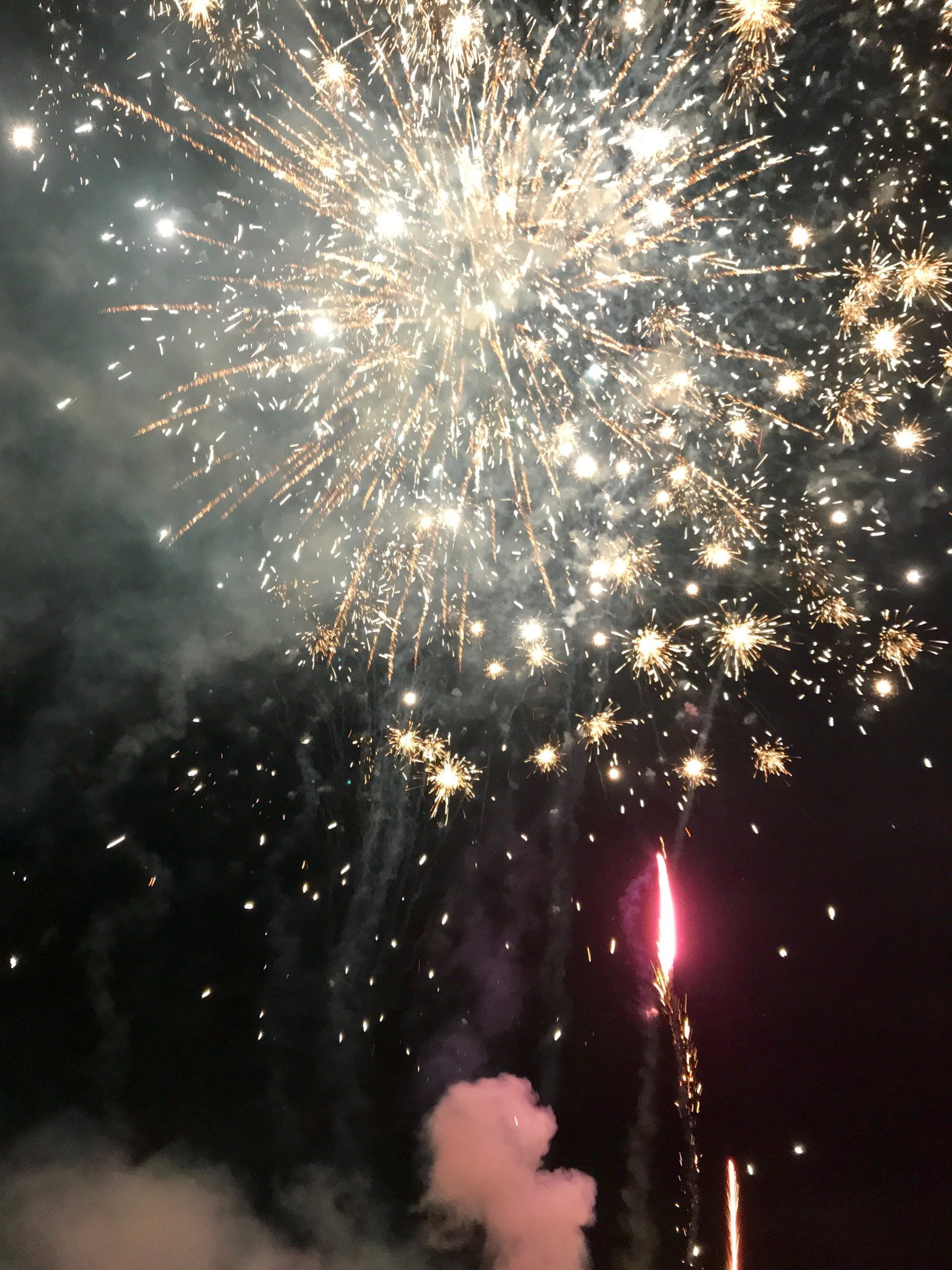 It’s an extraordinary experience and the scenes are incredible.  This is also the biggest fundraiser for the Icelandic Association for Search and Rescue(ICE-SAR) since they sell all fireworks.  The proceeds from the fireworks go to ensuring ICE-SAR has the best equipment. Thousands upon thousands of fireworks light up the skies over Reykjavik for hours. It was truly amazing.  Occupational, Health and Safety  Administration in the US would have a coronary over the lack of structure and safety rules, but despite the heavy drinking, everyone seemed to be (fairly) sensible. 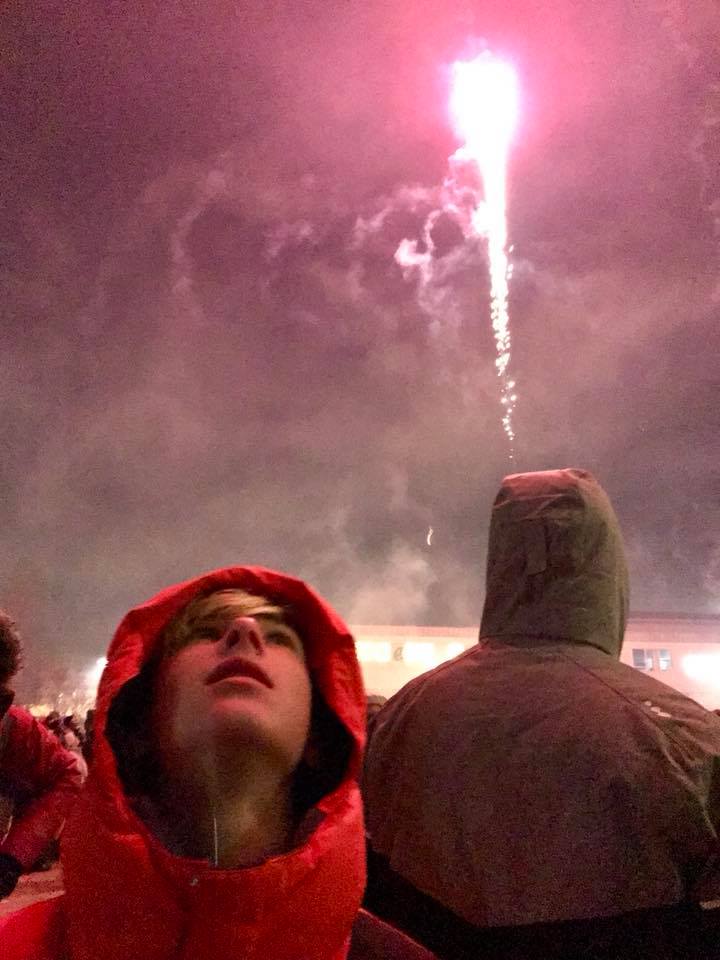 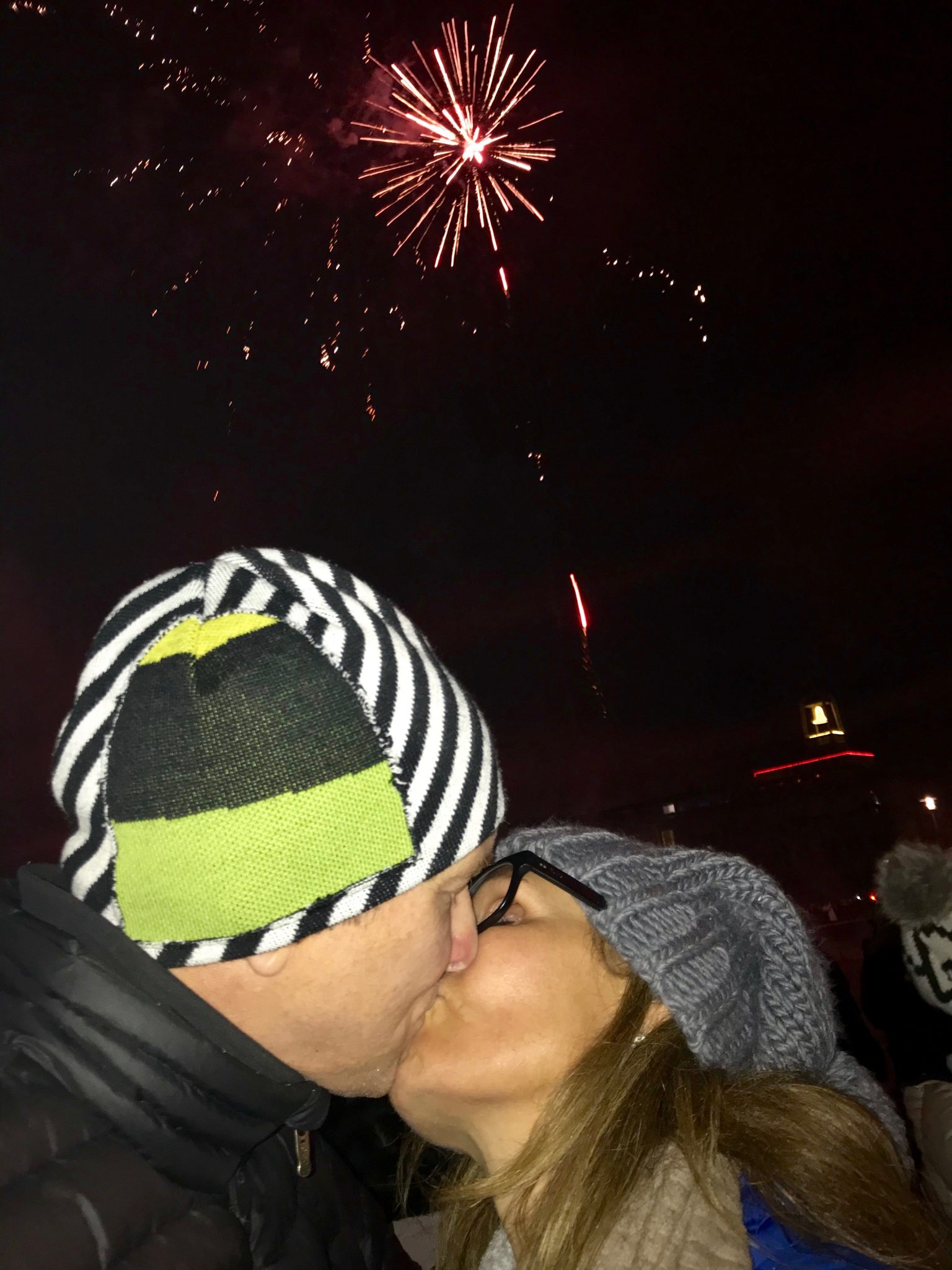 People let off fireworks anywhere and everywhere, even in the middle of crowds. I’m surprised there are not more serious accidents, and we were only shot in the bum once after a firework took a sharp left instead of shooting into the air… but as Monty Python said…. ‘it was only a flesh wound!’

After much research, we decided to celebrate at the square right in front of Hallgrímskirkja church. 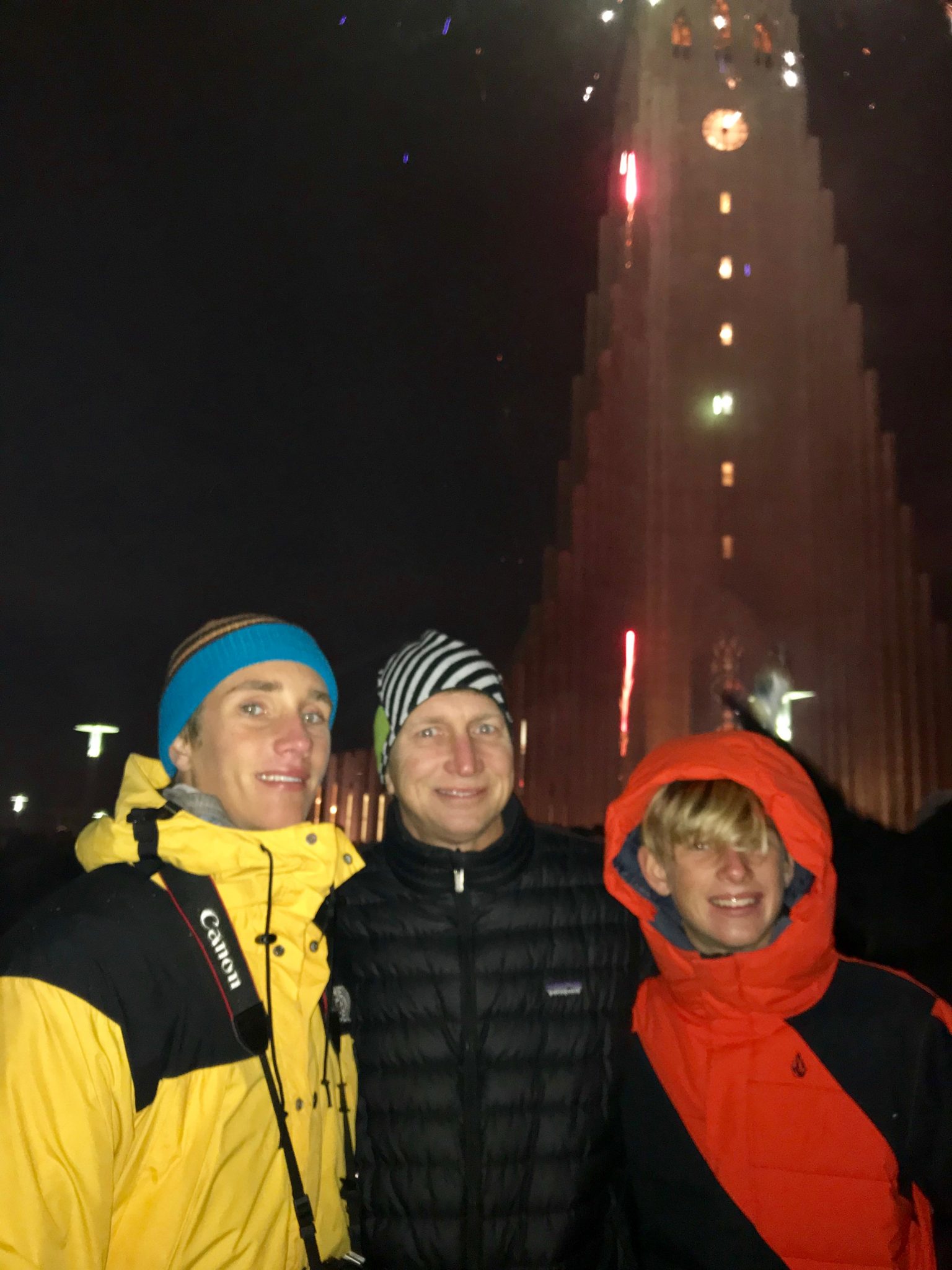 We were staying in an apartment within walking distance, so it was easy to replenish our drinks (or thaw out from the -2 degrees Celsius weather!)  It was incredible… the square was filled with thousands of happy people, singing, connecting, drinking, and watching the fireworks. 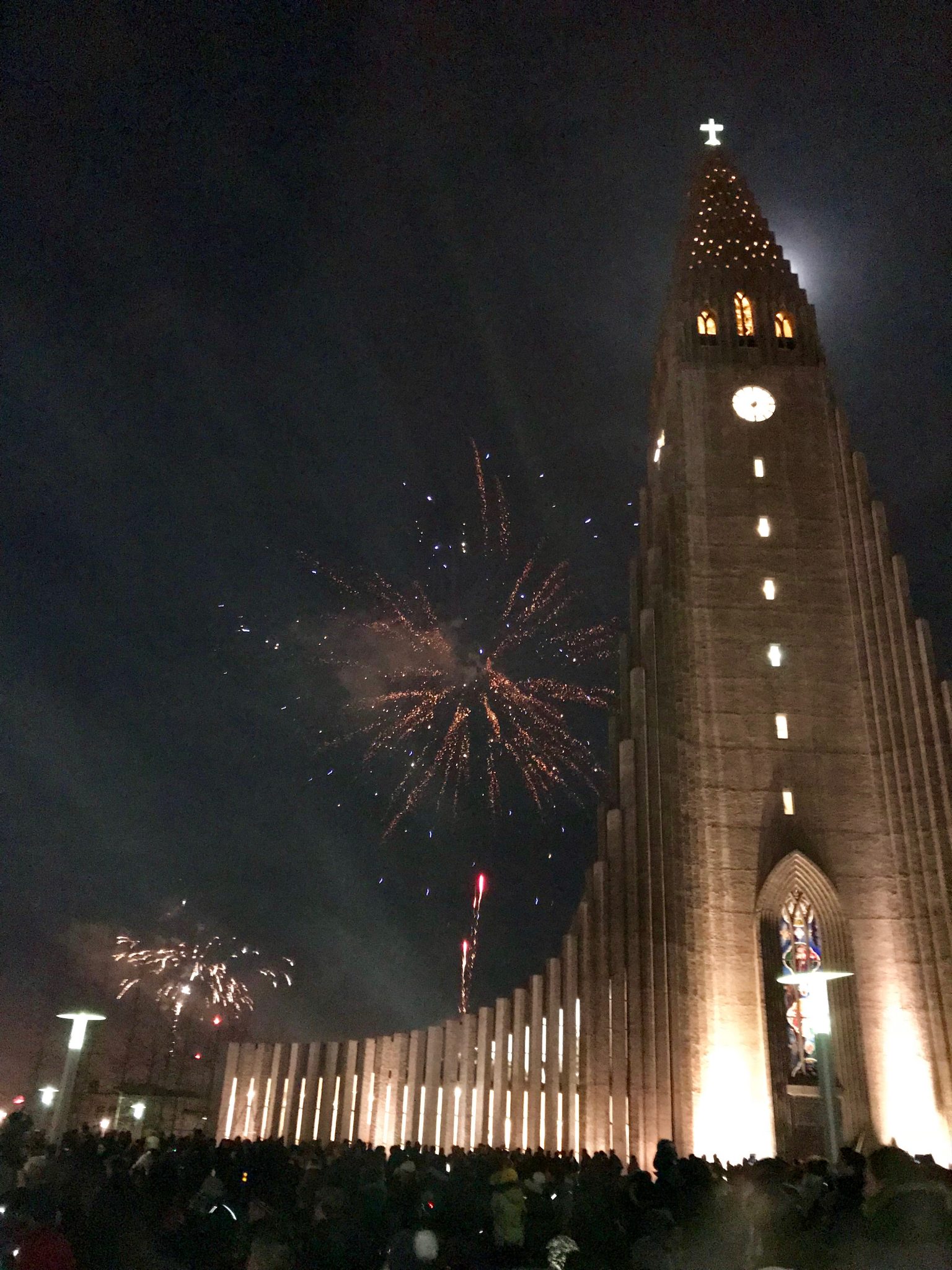 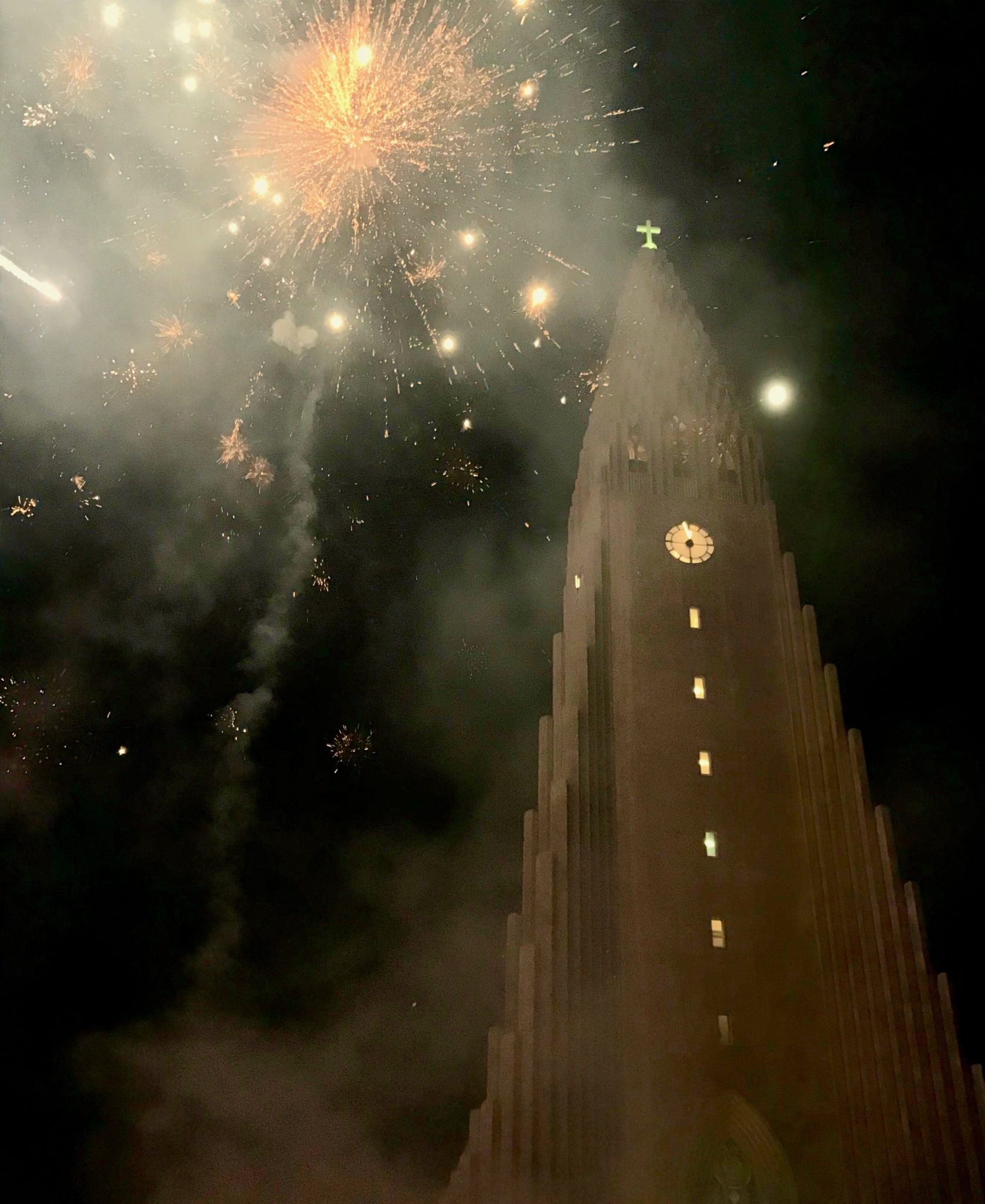 The fireworks really started around 11pm, and steadily increased in intensity through the early hours of the morning.  Hallgrímskirkja tower is an incredible backdrop to capture stunning photographs of the festivities and celebrations. 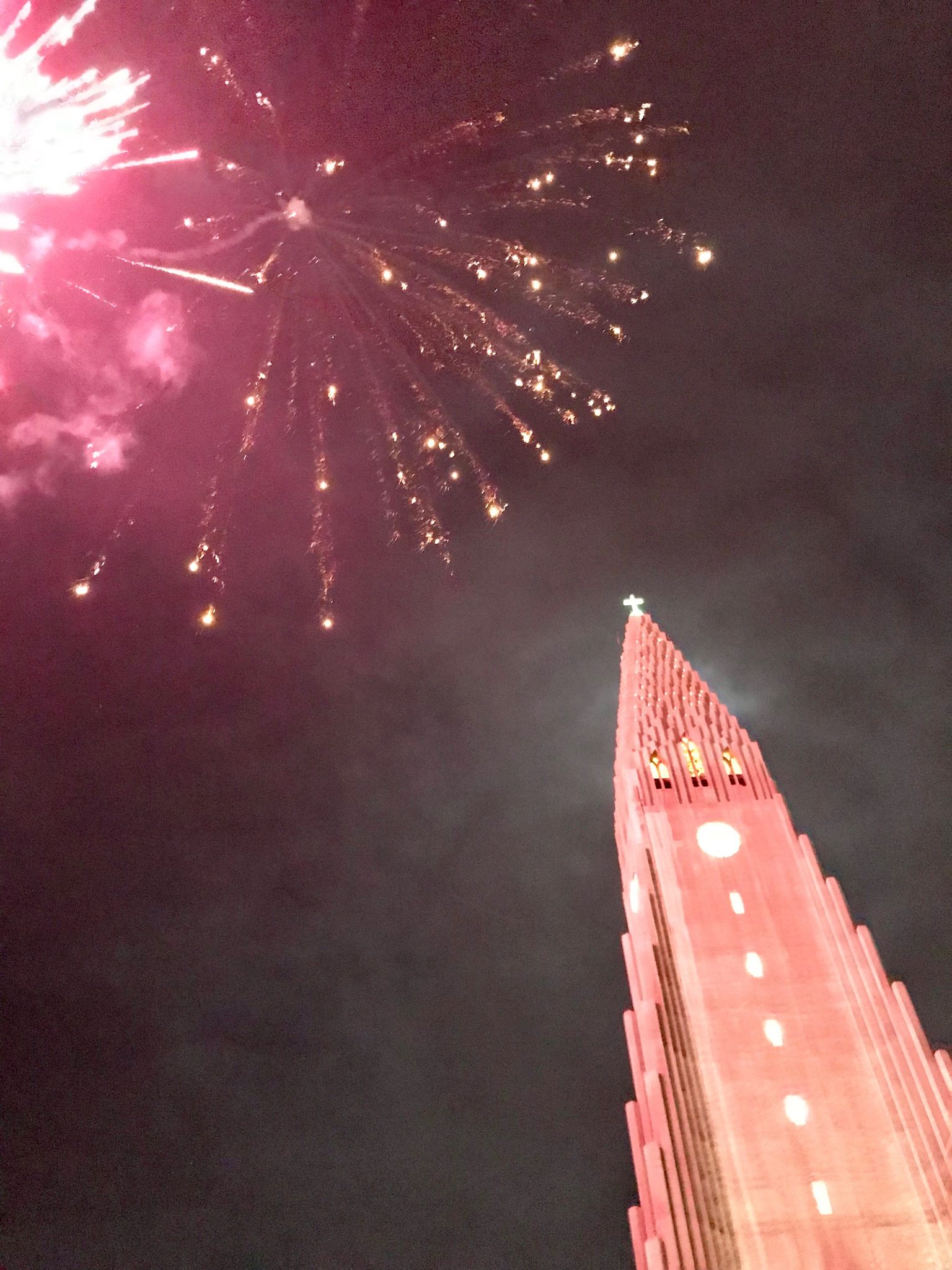 Celebrations lasted well into New Years Day, and we decided to start our new year in full relaxation mode with a visit to the **Blue Lagoon. 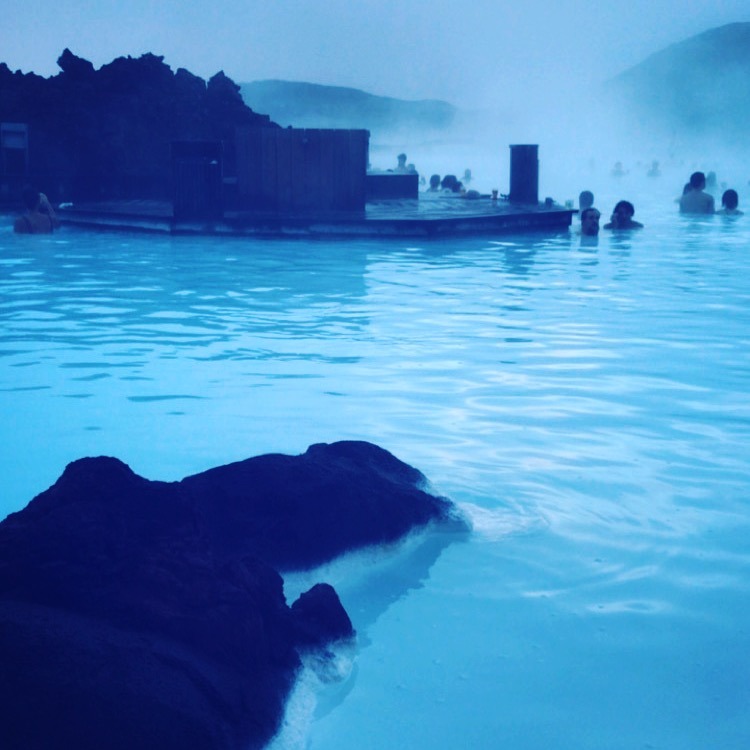 It was lovely to wind down, reflect on this beautiful country, and prepare for the year ahead.  Other fun activities would be to visit the Golden Circle or search for the incredible Northern Lights. 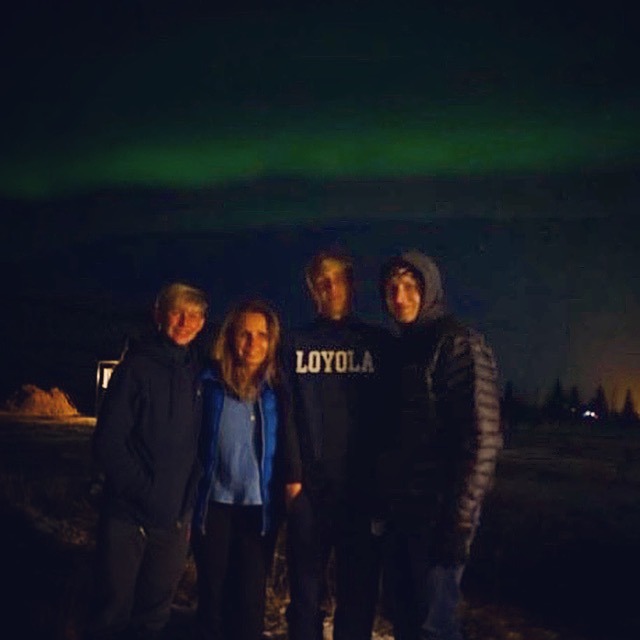 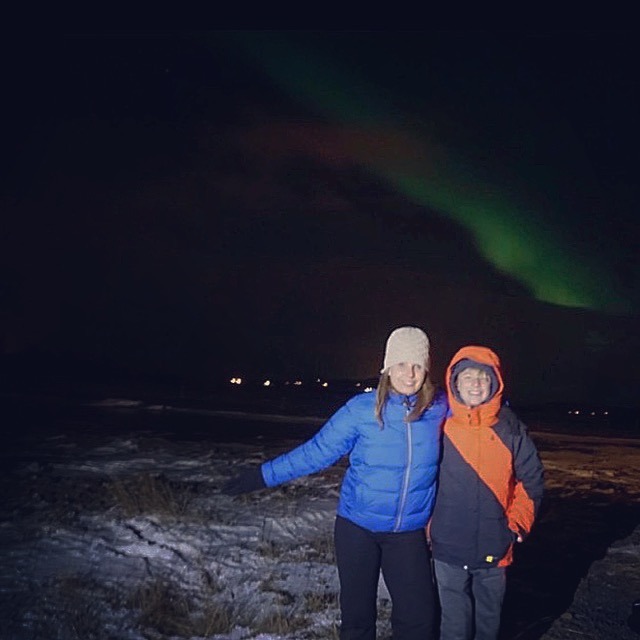 **I would absolutely  recommend booking tickets to the Blue Lagoon in advance since they only let a certain number of people in each day, and this is one of the most popular attractions in Iceland.

Have you been to Iceland for New Years Eve?  If so what was your experience?