We are at a crossroads in history, and the stark reality is that White people are responsible for what happens next. Black and Brown people have been protesting for years about the inequities they face every day. Systemic racism is real. For me, conversations about race have always felt uncomfortable. I felt it was rude to discuss. I might not get it right, I might be clumsy, but I’m committed to learning more. I’m ready to live with being uncomfortable.

In my previous article, ‘5 Ways White People Can Stand Up to Systemic Racism’, I shared my plan to spotlight stories and experiences from people who are, or have been marginalized.

I’d like you to meet Dalia Feliciano. Dalia organized several Black Lives Matter protests, and I had the privilege of recently hearing her speak. I was immediately struck by the magnitude of eloquence and passion this petite Afro-Latina exuded. Dalia shared stories of racial injustice she experienced growing up Black in a white community. She confidently led the moving ‘Justice Vigil’ and at the end of the vigil Dalia sang ‘Amazing Grace’ to the crowd. It was beautiful and haunting at the same time.

I’m honored Dalia trusted me to share her words.

Do you remember feeling different?

“Growing up in a majority white school, I always felt I was different than my peers. I have no clear memory of this occurring to me, it was just a generally accepted part of my childhood. I was bullied a lot for my hair, which I tried to hide as much as possible. Kids would throw things in it to see if they would stick, and call me “poofy”, “Afro”, or “dandelion”. Kids and adults alike would constantly touch it without my permission, which always made me uncomfortable.

In the first grade, I remember doing a Mother’s Day project. I wrote “Mami”, because that’s what I refer to my mother as. One of the volunteer moms corrected me, saying it was spelled “mommy”. I insisted I was correct, but she made me change it. Things like that always reminded me that I was different than those around me. “

Did you encounter implicit bias in the classroom?

“My first encounter with what I feel was implicit bias also pertained to my hair. One day when I was in second grade, my mom begged me to wear my hair down while I was getting ready for school. I cried because I didn’t want to, afraid of what my peers would say, but I was somehow convinced. I faced my “normal” ridicule throughout the day. A kid, whose face and name I still remember, made a comment about how funny my hair looked when I ran during PE. However, the truly impactful moment came during math class. My teacher was a kind woman who always had high praise for me as a student. That day, she called me to the front of the classroom when I finished my daily times tables practice. She told me that lice was going around the school, and the way it was passed was from one little girl’s head to another. She reasoned that because I had “a lot of hair”, I was more susceptible and shouldn’t wear my hair down. I remember feeling dirty and ashamed. I remember noticing that none of the little girls with straight hair got the same talking to. I was so embarrassed, I didn’t tell my mom when I got home from school. I just avoided wearing my hair down for as long as possible, until I finally began to embrace it in 8th grade. That is how long it took for me to begin to heal.

In high school, I had a math teacher who would always call me by the name of the only other Black girl in the class, and vice versa. She would laugh it off every time, saying she didn’t know why she kept doing that. We did. I had many similar encounters all throughout my school years.”

What was your ‘survival strategy’ in school?

“My greatest survival strategy was to become “tough”. I remember changing my walk and the way I spoke to come off as more androgynous, to convince myself that when boys didn’t like me, it wasn’t because I wasn’t blonde and pretty, but because I was “one of the homies”. I saw competition between other girls over certain boys and I immediately discounted myself as ever being a contender, so acting like one of the guys made it feel like it was my choice. My mom noticed, and asked me why I changed my behavior around certain people. I didn’t know it at the time, but it was my security blanket. It shielded me from the hurt of alienation to pretend that I was doing it on purpose.

It was hard to unlearn that behavior, and I do believe I came off as abrasive at times. Freshman year of high school, I cried to a friend about why the boys didn’t like me. “It’s your personality,” she told me.

My second survival tactic was humor. Being funny helped me feel accepted. I recall that many of my friends of color growing up were the token funny kids because this was the easiest survival tactic to employ. Making people laugh and laughing off racism or micro-aggressions meant that we could momentarily pretend that we were in on their jokes, that we were laughing with them instead of being laughed at.”

Have you been pulled over by a police officer while driving?

“I have never been pulled over by police. Knock on wood. However, I recall instances of being in the car while my father was pulled over. He always made sure to keep his hands visible and spoke in short, terse words. I never understood the palpable tension because movies and TV told me police were the good guys, but my father’s demeanor always said otherwise. As I got older, he educated me on the truth of the dynamic between Black and Brown communities and the police. I have since realized that in being mixed, my racial ambiguity shields me from many such experiences. This is my privilege. I still fear for my father’s safety when he is on the road.”

Do you recall your parents having conversations with you about being Black in a predominantly white community?

“From a young age, my father always told me that I would need to work three times as hard to be held in the same regard as my white peers. He said that I would need to speak louder to be heard, but careful to not be too loud, lest they label me aggressive. He helped me practice skills to make me a more well-rounded person in hopes that these would allow me to overcome the obstacles that come with my identity.

My parents each experienced a lot of strife in their upbringings. My father grew up in a majority Black neighborhood, while my mother grew up around Latinos. These environments had their own issues, and my parents believed that moving to a white community and putting me in school there would help me avoid these issues while affording me resources and opportunities that they never had. They weren’t wrong, but because their frames of reference were limited to Black and Brown communities, they could not fully anticipate how growing up in a predominantly white community as an Afro Latina would have its own unique difficulties. Because I am their daughter, they knew I would come out strong. I did, but I’m not invincible. I am still healing from my wounds, but accepting myself and exploring my racial identity has brought me peace and happiness in recent years.” 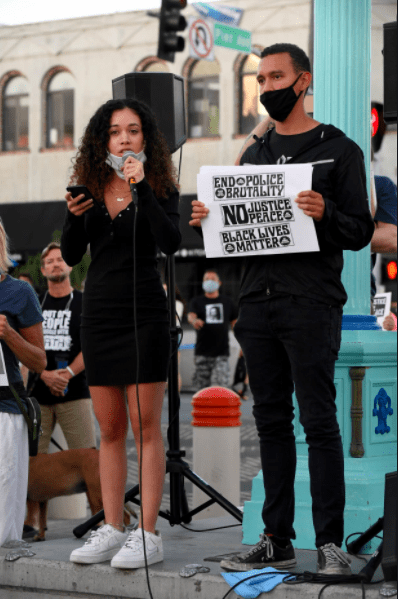 Do YOU feel we are at a pivotal point in history?

“I KNOW we are at a pivotal point in history. I feel that there is a collective awakening of consciousness at a level we’ve yet to experience. From speaking to people of older generations, it seems that many felt it was necessary to keep their heads down to make sure that they and their families stayed safe. They did not speak out against the powers that be because their jobs put food on the table and a roof over their heads, and that’s what mattered. That being said, there are many revolutionaries in history who deserve utmost credit for the progress made thus far. Things are different today, as social media brings to the light knowledge regarding the oppression of marginalized groups that many would prefer to stay in the dark, and in past generations very well might have. My peers and I can share this information in an instant, which makes it easy for us to educate ourselves and organize against the status quo. My call to action for anyone reading this is to utilize these resources to educate yourself and those around you. Do your research, and join or donate to organizations that support Black and Brown liberation in America. We deserve true equality. I hope that we can all turn our backs on incremental change to begin to dismantle the systems that only serve to hurt and oppress the disadvantaged to keep the rich rich and the powerful in power.” 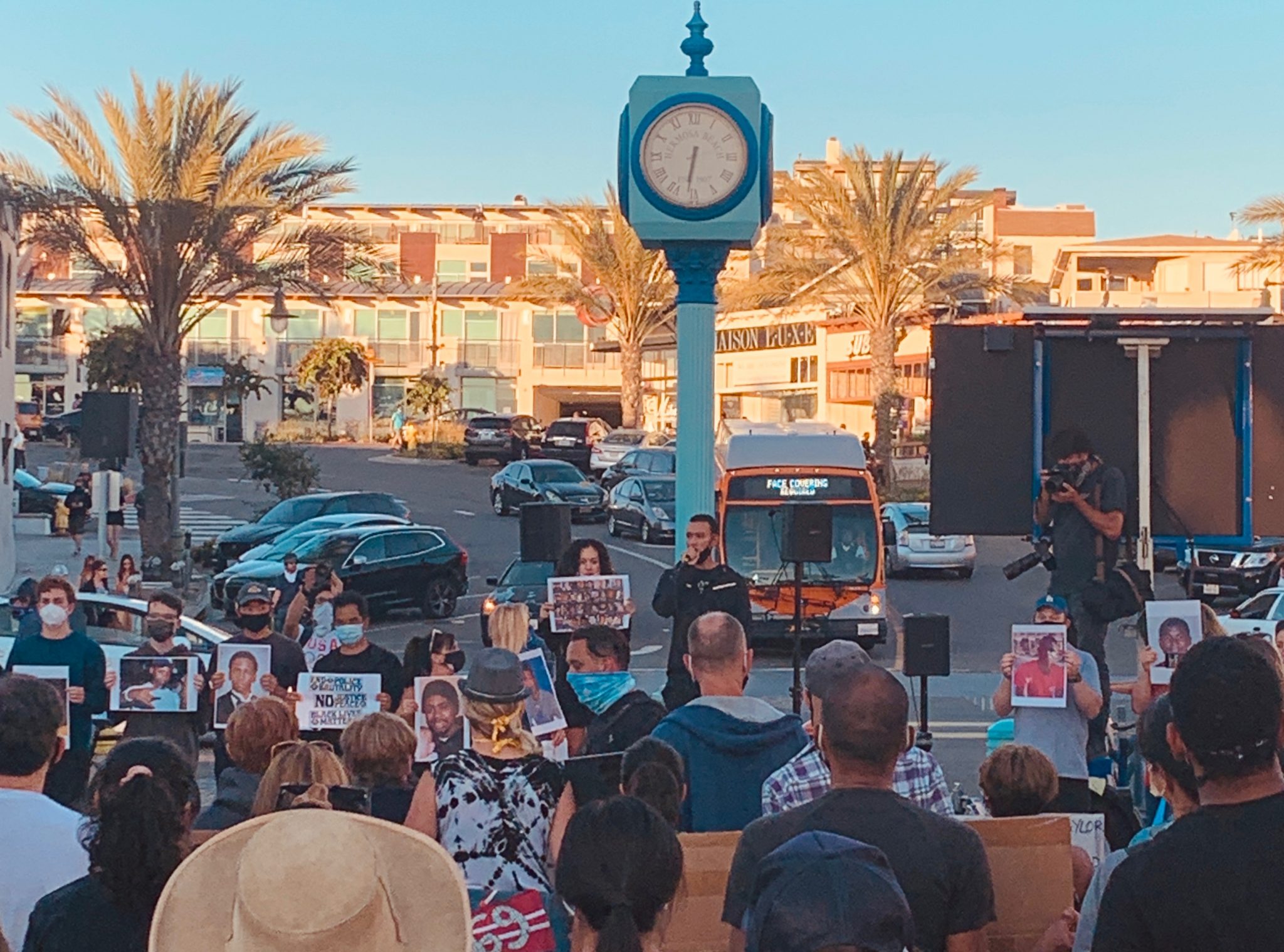 Dalia, thank you for trusting me with your words. I see hope. When I overhear children angrily discussing with their friends how the treatment of minorities is ‘not right’ and ‘needs to change’… I feel hope. They are angry, they see the injustice and they feel compelled to express their outrage. I didn’t see that or feel that as a child. I have high hopes that our youth will do a better job than my generation did.

We cannot change the past. What we can change is the future and own our responsibility to do our part to put an end to systemic racism.

I’m a travel and health writer, digital and brand consultant, breast cancer survivor, and supermom to two active boys! I keep it real and share stories of raising feral wolves teenage boys, family life after a cancer diagnosis, and family travels around the world! Each story is shared with my dry, and sometimes naughty sense of humor.

In my previous article, ‘5 Ways White People Can Stand Up to Systemic Racism’, I…

I’m a travel and health writer, digital and brand consultant, breast cancer survivor, and supermom to two active boys! I keep it real and share stories of raising teenage boys, family life after a cancer diagnosis, and family travels around the world! Each story is shared with my dry, and sometimes naughty British sense of humor.

7 Ways to Help a Student Athlete Manage an Injury

This picture completely sums up the difference bet

I am a lizard in the desert 🦎 . Joshua Tree Nat

7 Ways to Help a Student Athlete Manage an Injury