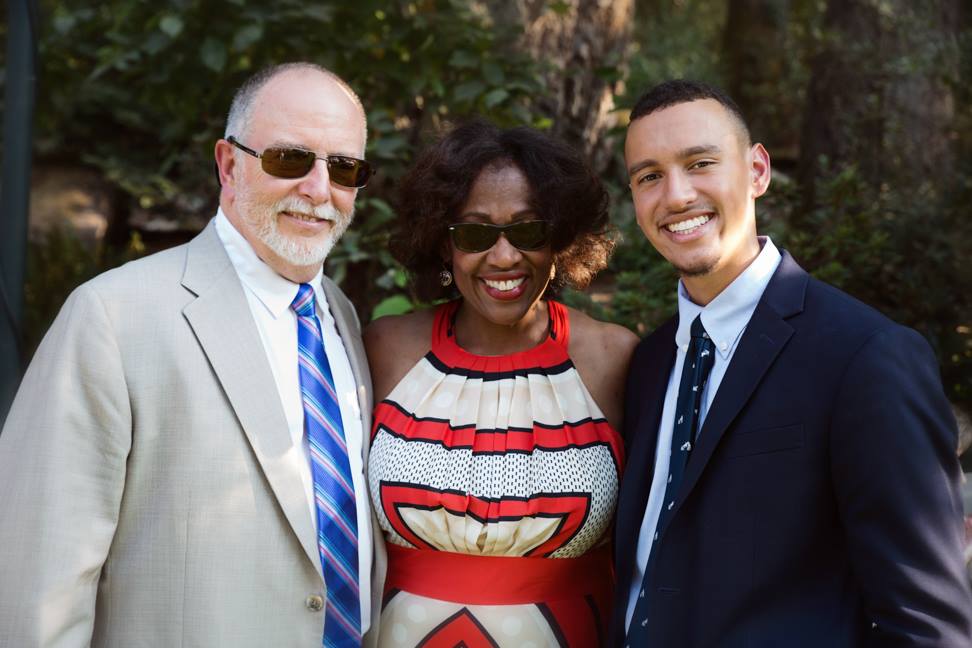 In my previous article, ‘5 Ways White People Can Stand Up to Systemic Racism’, I share my plan to spotlight stories and experiences from people who are, or have been marginalized. I now realize that inaction is complicity. I share these words with deep humility, and my ​hope is these stories are thought-provoking, and spark discussions​.

I’d like you to meet Will Smith. Will attended the same high school as my son. Will organized several Black Lives Matter protests, and I had the privilege of recently hearing him give a passionate speech. Will talked about feeling as if he had to work harder to fit in, and how recent events have opened his eyes to the national issue. I’m honored Will trusts me to share his experiences from growing up in a predominantly white neighborhood, systemic racism, and attending an elite high school in Los Angeles.

Do you remember the first time you felt you were different?

I remember many of my classmates were always mesmerized by the texture of my hair. Although I did feel uncomfortable, I let them touch my hair to maintain what I thought was the basis of our relationship. A relationship based on me entertaining for my classmates’ enjoyment. I also remember before school I would put lotion on my arms and legs to prevent dryness. One morning I did not have time to apply at home, so I began applying the lotion at school. My classmates started laughing and asked me why I was doing that. I explained and they just kept laughing. Someone even said, “you’re so weird, Will.” I never applied lotion at school again.

Did you encounter implicit bias in the classroom?

I always felt obligated to speak up for the black community when our history classes taught about slavery and the black experience. I felt topics like the Underground Railroad and Rosa Parks would immediately shift everyone’s attention to me and my other black classmate as if we were obligated to educate them on everything that had happened. Although we were the only two students who felt this kind of discomfort, our experiences were almost identical to the majority of my classmates. We still joked around with my peers in class. We still lived for the nod of approval from parents to go downtown for some pizza and maybe the beach after school on Friday’s. I still loved riding my bike down to Junior Lifeguards every July. Most of my childhood was filled with many of the same experiences as my peers, yet I was always held to a different standard than everyone else just because of the color of my skin.

Did you have a survival strategy growing up?

I always felt like I needed to try a little harder to fit in, even if that meant letting my peers slide when they would make an overtly racist claim. Or when my extended family members would connect photos of Hitler’s youth to photos of protesters supporting Black Lives Matter. I always thought I was taking the high road by not saying anything and that there was nothing I could do to stop it from happening. After a while, not saying anything weighs on you and damages your relationship with racist white “acquaintances.”  I realized the relationships I have forged with white racist people should have never been relationships at all. No need to live in fear anymore.

Have you been pulled over by a police officer while driving?

I’ve been pulled over once. The whole situation itself did not yield anything notable. But I specifically remember, feeling nervous and unsure of how the situation was going to unfold due to previous experiences with the police. My family and I drive up to Yosemite National Park almost every year, and one particular trip, we were pulled over. The officer immediately condescendingly spoke to my dad about the speeding although we did not necessarily agree. Midway through us getting pulled over, my mom, who is black had been waiting for a bathroom for the past 40 minutes and thought this was a perfect opportunity since we were right across the street from an outhouse. She got out of the car and the officer threatened to pull a gun on her and shoot her. As an 11 year old kid, I remember being petrified. I thought about what would happen if my mom was killed right then and there. How different my life would have been. After that experience my father told me I needed to be extremely careful when dealing with the police because he did not want a situation to escalate to a point where I’m found dead on the street. 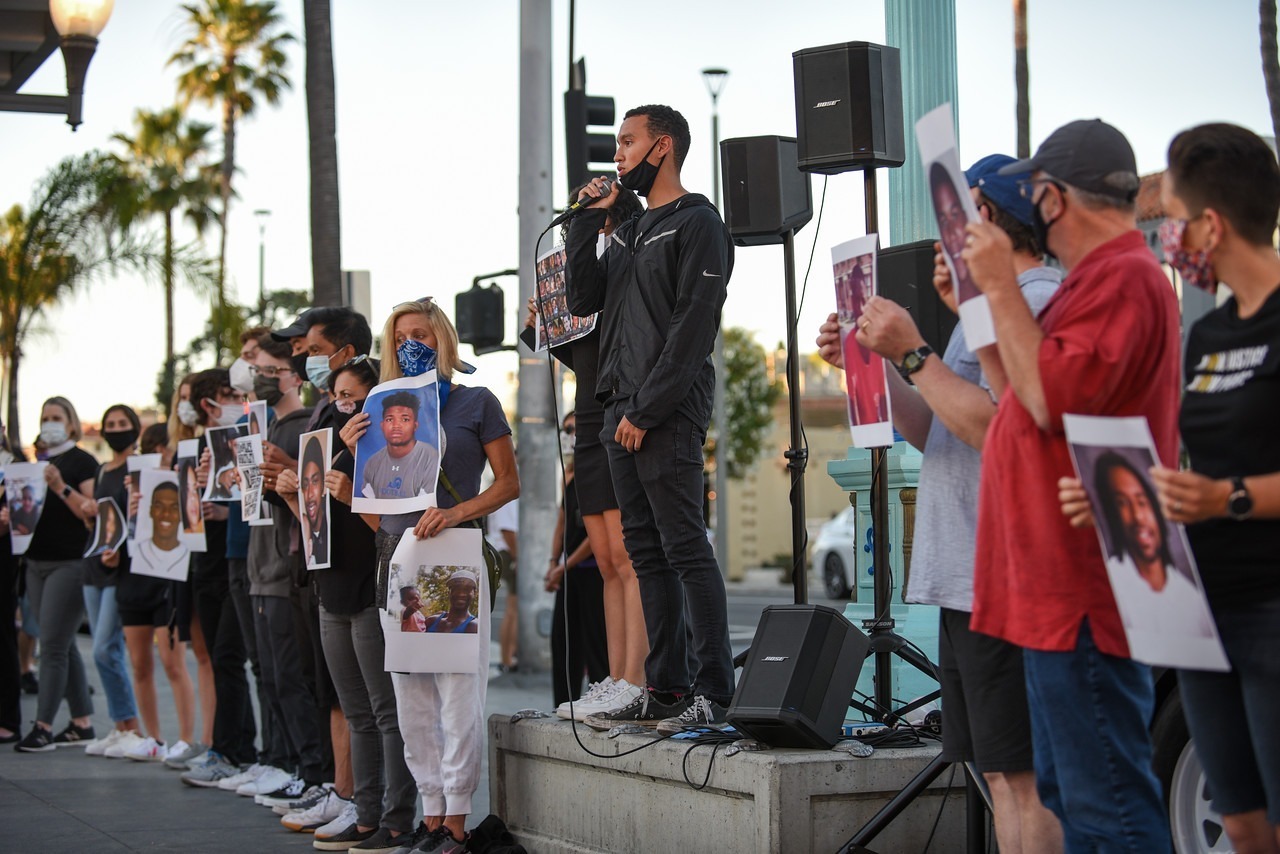 Do you recall your parents having conversations with you about being Black in a predominantly white community or systemic racism?

I vividly remember “the talk” I had with my mom 12 years ago. She sat me down and told me that people are not going to treat me the same way as my white peers. “People are still going to call you (racial slurs) even though you grew up in Hermosa,” she said.  I felt extremely self-conscious at that point. I felt helpless. There was nothing I could do to make that go away. I was automatically going to be profiled by everyone I came into contact with and there was nothing I could do at the time but try harder to be like everyone else.

Do YOU feel we are at a pivotal point in history to address systemic racism?

I do think there should be reason for hope. Killings in the past will be talked about for a week, then dropped once more “enticing” stories came up. Because of the pandemic, I think many Americans finally had an opportunity to take a moment and examine what’s really important in life. Connections with family. Connections with significant others. Connections with friends. Seeing something as horrible as the George Floyd murder has rallied many Americans to support Black lives during this time of need. But I still fear that this movement, like many in the past will slowly die away as people go about their normal lives. Supporting the Black Lives Matter movement does not stop with attendance at a protest or large donations to black charities. Supporting the Black Lives Matter movement is a long term battle that we need EVERYONE to buy into for the long haul. So I ask everyone to do everything in your power to change this country for the better. Educate yourself on these issues to equip yourself with the knowledge to correct racist family members and possibly shift their line of thinking. VOTE! Anything and everything helps. But please do not expect the issue will fix itself. Because it will not. 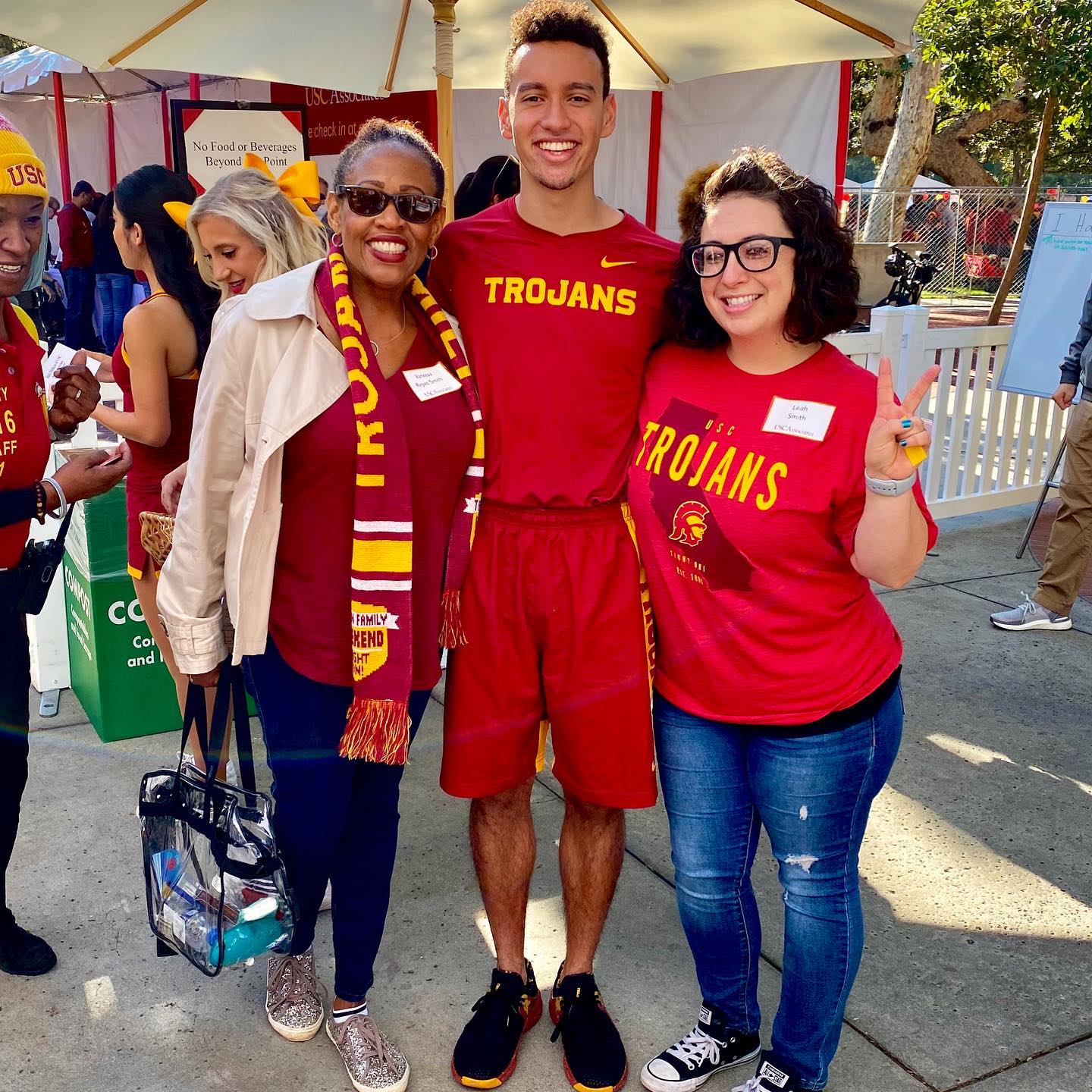 Thank you Will for trusting me with your words. I’ve received feedback from people who were shocked to read stories shared in these spotlight experiences, and said their eyes had been newly opened to the difficulties that Black people faced. It is time for change. The road ahead is long and I’m committed to doing my part in this change.