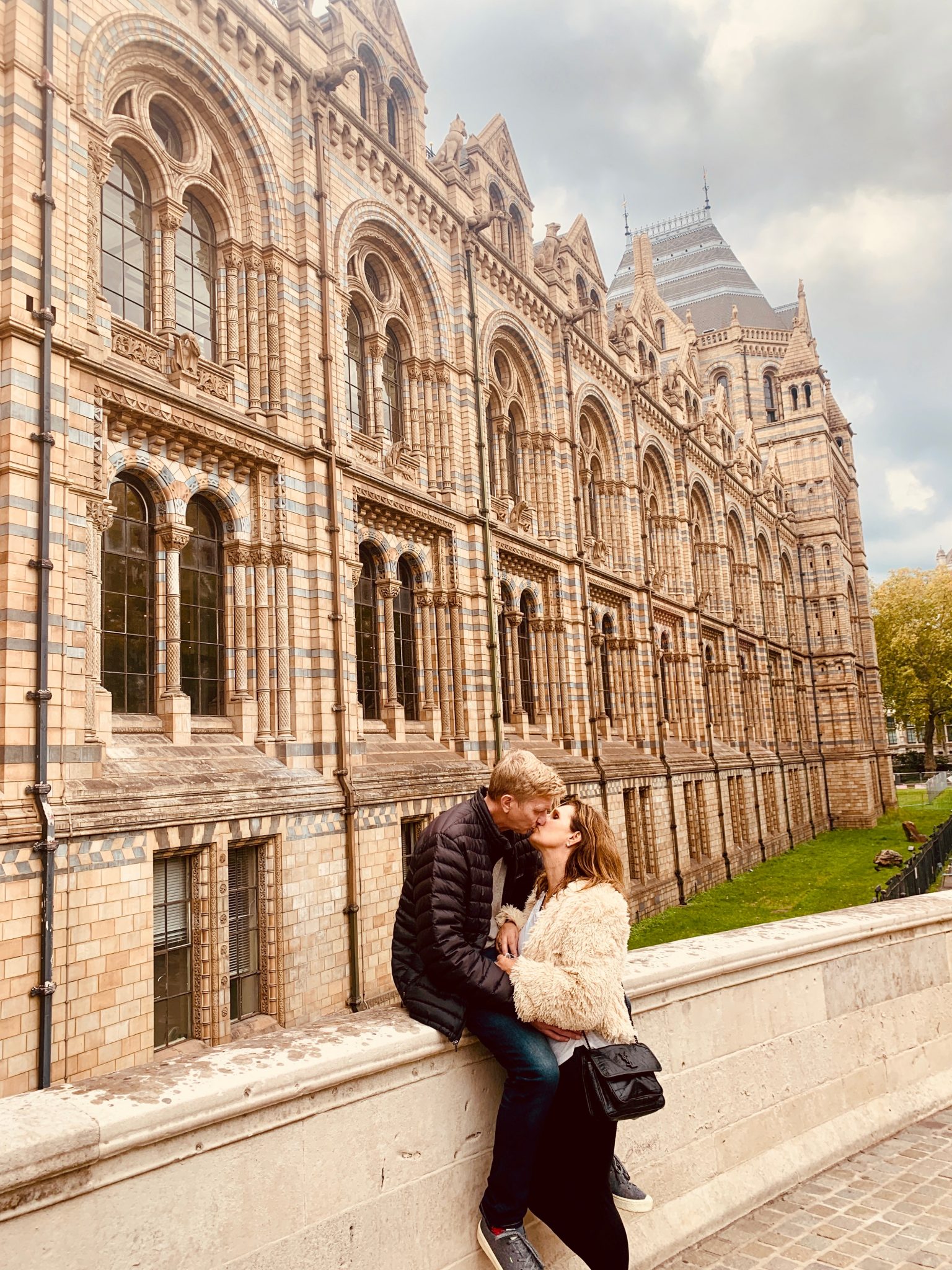 If museums and culture are your jam, you’re in luck. With over 170 museums in London, there’s something for everybody, and the best part is the majority of them are free.

It was difficult to choose my ten favorite museums in London, but here goes (full disclosure, I haven’t visited all 170!)

I absolutely love the British Museum. Like many museums in London, the entrance is extremely grand, and you know you’re in for a treat when you are immediately greeted by The Lion of Knido.

The museum is filled with objects and artifacts the Brits collected (pillaged) from around the world. Both the Rosetta Stone and Parthenon Marbles are controversial exhibits at the museum. Like many objects in the British Museum, they were removed from their place of origin during the expansion of the British Empire in the 18th and 19th centuries. Multiple requests by the Greek government to the British government to return the Parthenon sculptures to Athens have been refused. Discussions continue between the two governments.

The Victoria and Albert Museum (V&A) in London is the world’s largest museum of sculpture and decorative arts and design. 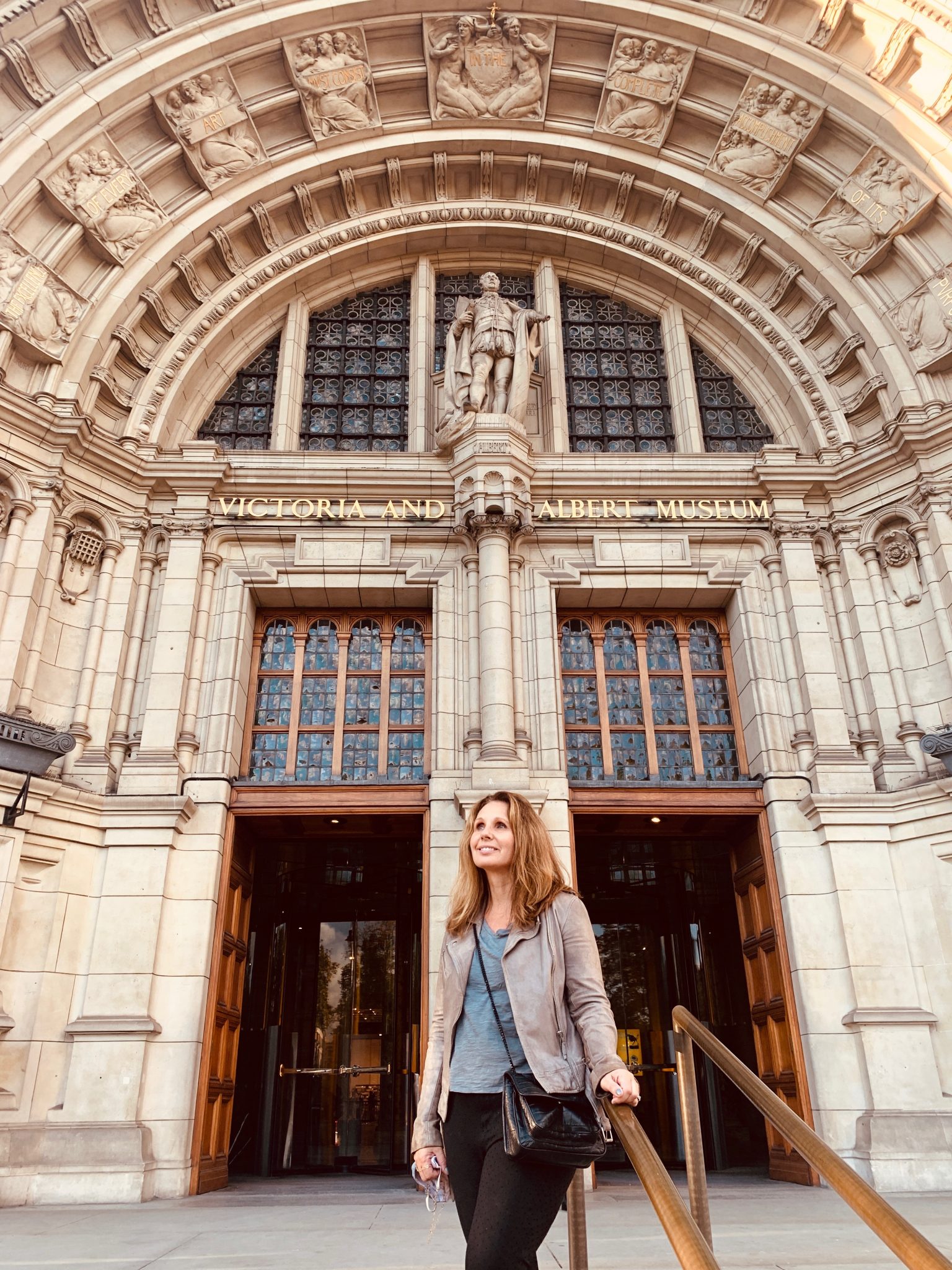 It was founded in 1852 and named after Queen Victoria and Prince Albert. It’s located in the super hip area of South Kensington, sitting majestically on Cromwell Road across from its sister, the Natural History Museum. The V&A is beautiful and you could spend days absorbing the different cultures and the beautiful items displayed.

The Natural History Museum in London is simply magnificent! The building itself is an architectural masterpiece, and it’s worth arriving early to completely soak up the amazing masonry on the exterior.

The closest tube station is South Kensington and it’s a very short walk to the museum. I remember seeing the dinosaurs in particular as a child, and I still felt the same awe and excitement as we entered seeing the massive hump-backed whale hanging from the ceiling. 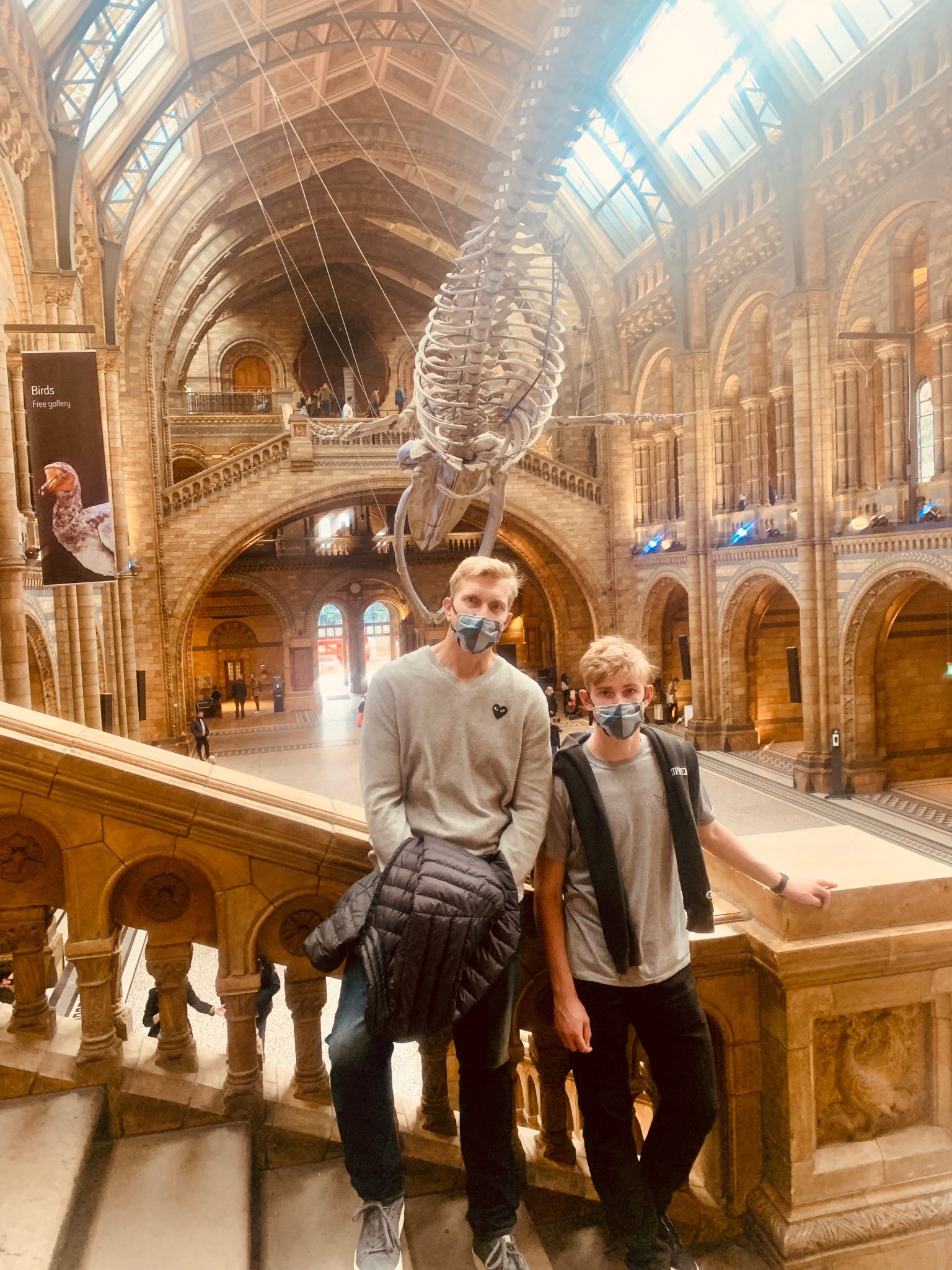 There are a multitude of fantastic exhibits and you could spend a week here and still not see everything!

The Science Museum is must-see for families as part of any trip to London. The museum aims to make sense of the science that shapes our lives, and is filled with iconic objects, beautiful galleries, and hands-on workshops. Like most of the museums in London, you need a couple of days to fully explore everything this museum has to offer. 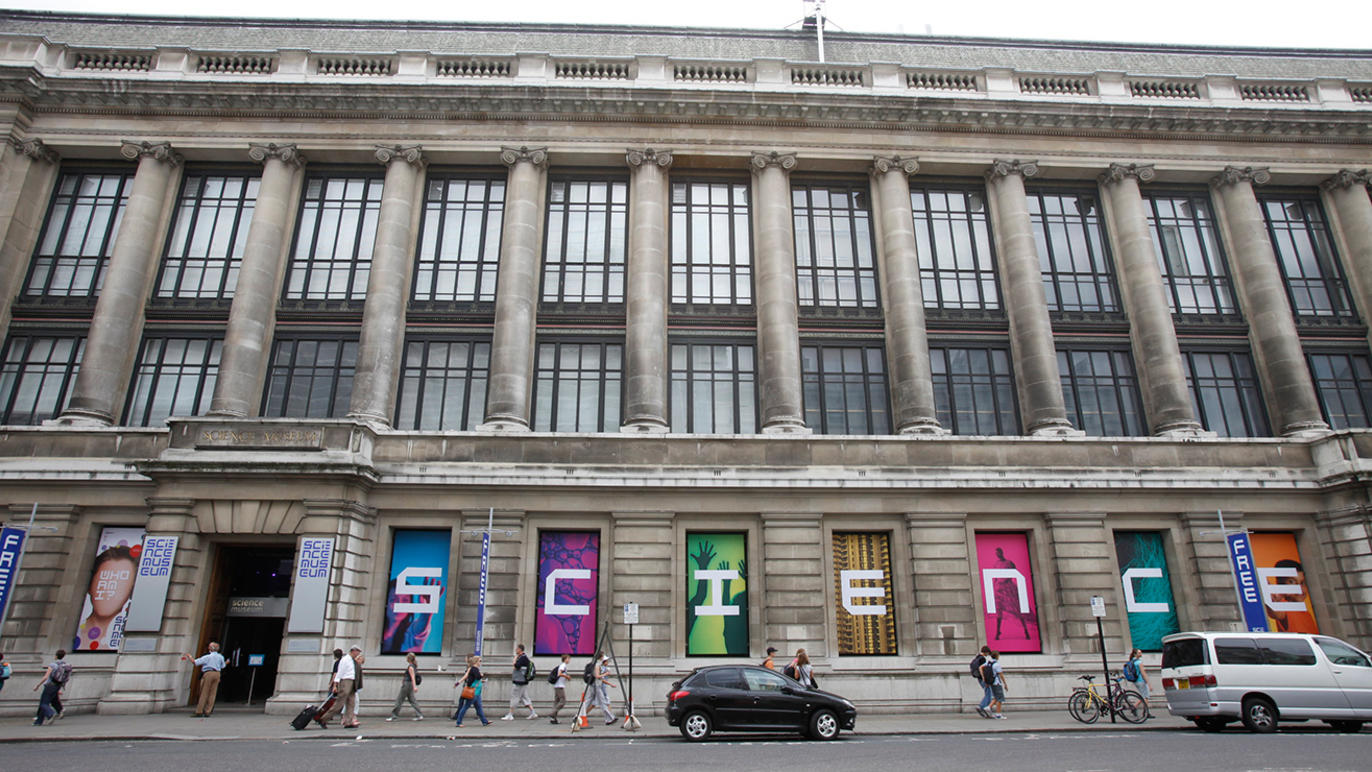 The Museum of London documents London’s history from prehistoric to modern times, and is located in the City of London on the London Wall. It’s very clearly laid out from the beginnings of London to the present day, in chronological order. The highlight of the museum for me was the Victorian walkway where several shops had been brought to life. The section devoted to the Great Fire of London was also fascinating to learn how this happened, the impact it had on London, and how it shaped the London we know today. 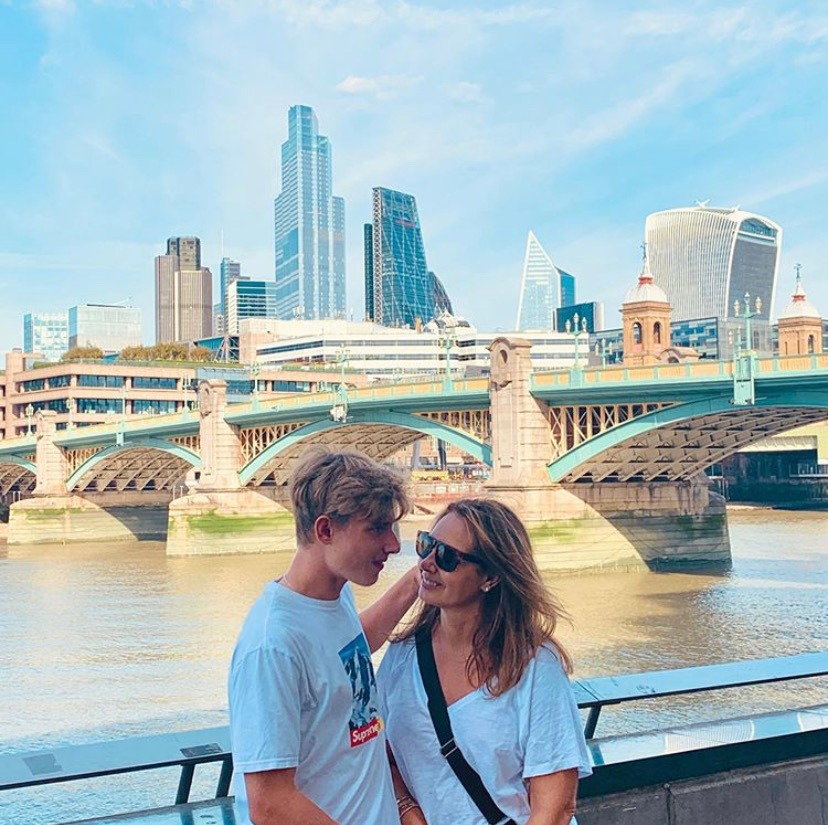 It stands in a beautiful area on Bankside facing St. Paul’s Cathedral and the City of London. It has become a London landmark, not just for the beautiful art it houses, but also for the architecture of the building itself. The location, building, and stunning exhibitions make it a truly wonderful experience. 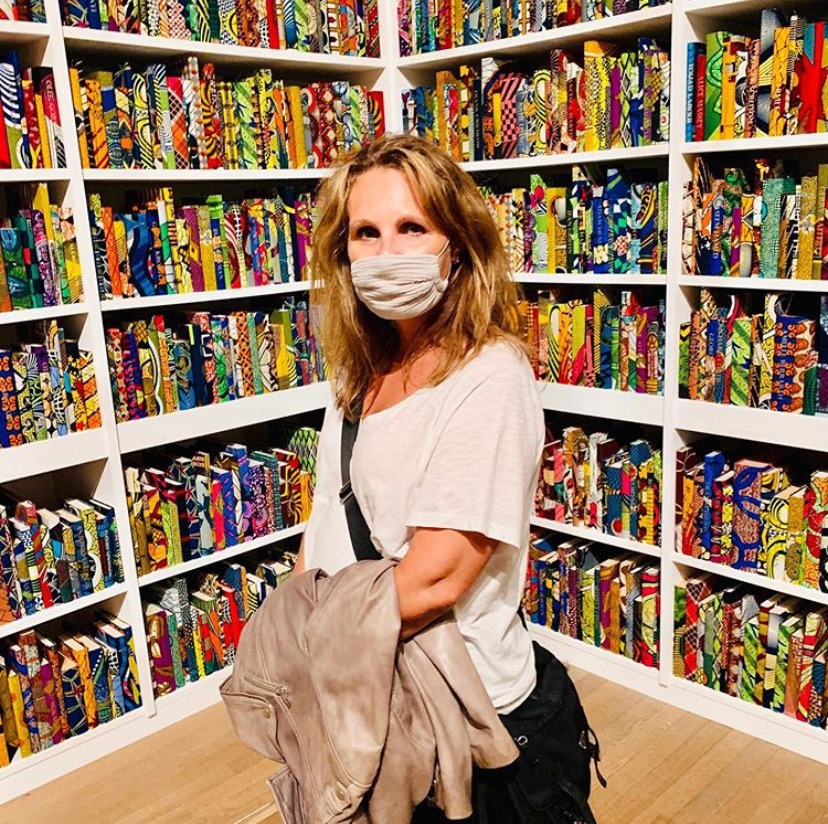 The National Gallery holds one of the most important collection of paintings in the whole world.

The Gallery was built in 1824 in the heart of London, and is an architectural masterpiece in itself. The Gallery’s collection spans centuries and many artistic styles, and there are over 3,200 pieces on display. The National Gallery is home to some very famous paintings from some very famous artists including; Leonardo da Vinci’s, ‘Virgin of the Rocks’, Van Gogh’s, ‘Sunflowers’, Seurat’s, ‘Bather at Asnieres’, and Monet’s, ‘The Water Lily Pond’, to name just a few.

I’d suggest spending 2 or 3 days to truly explore this Gallery.

The Imperial War Museum was founded during the First World War to give a voice to the extraordinary experiences of ordinary people, forced to live in a world torn apart by conflict. 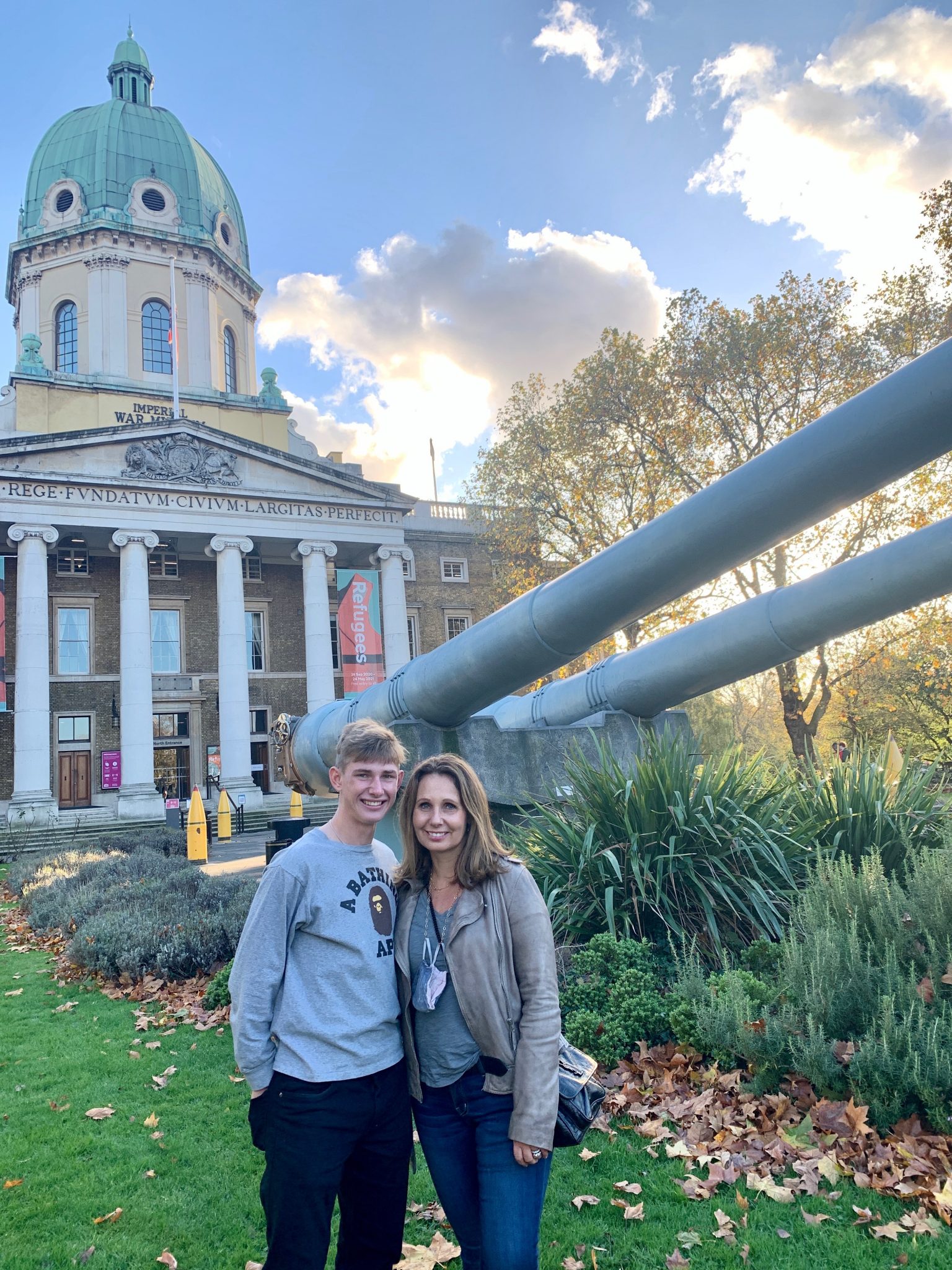 The museum offers a fascinating view of the background, causes, and consequences of the two world wars. The museum also covers the Falklands War, Iraq Wars, Bosnian War and other post-war conflicts. The social impact of the conflicts are well documented with a  considerable level of objectivity.

We were fortunate to see the exhibition ‘Refugees: Forced to Flee’, exploring 100 years of refugee experiences. It was extremely emotional and hard to imagine the pain these people had endured. This exhibit clearly demonstrates how conflict creates chaos and war turns ordinary people’s worlds upside down.

The Cutty Sark is the world’s oldest surviving tea clipper, and is moored in the borough of Greenwich and is a focal point by the Pier.

Greenwich is known for its maritime and scientific history and boasts some of the most impressive views of London. The Royal Observatory is where the historic Prime Meridian Line is located. The Prime Meridian Line is where east meets west at Longitude 0° and literally everywhere else on the planet is measured from this very line.

The Royal Observatory also serves as the exact point of Greenwich Mean Time (GMT), meaning all time is either officially set ahead or behind this line. The Royal Observatory highlights three areas: Astronomy, Time, and Navigation, explaining how they interconnect. We learned how important the accurate measurement of time is on both land and sea. 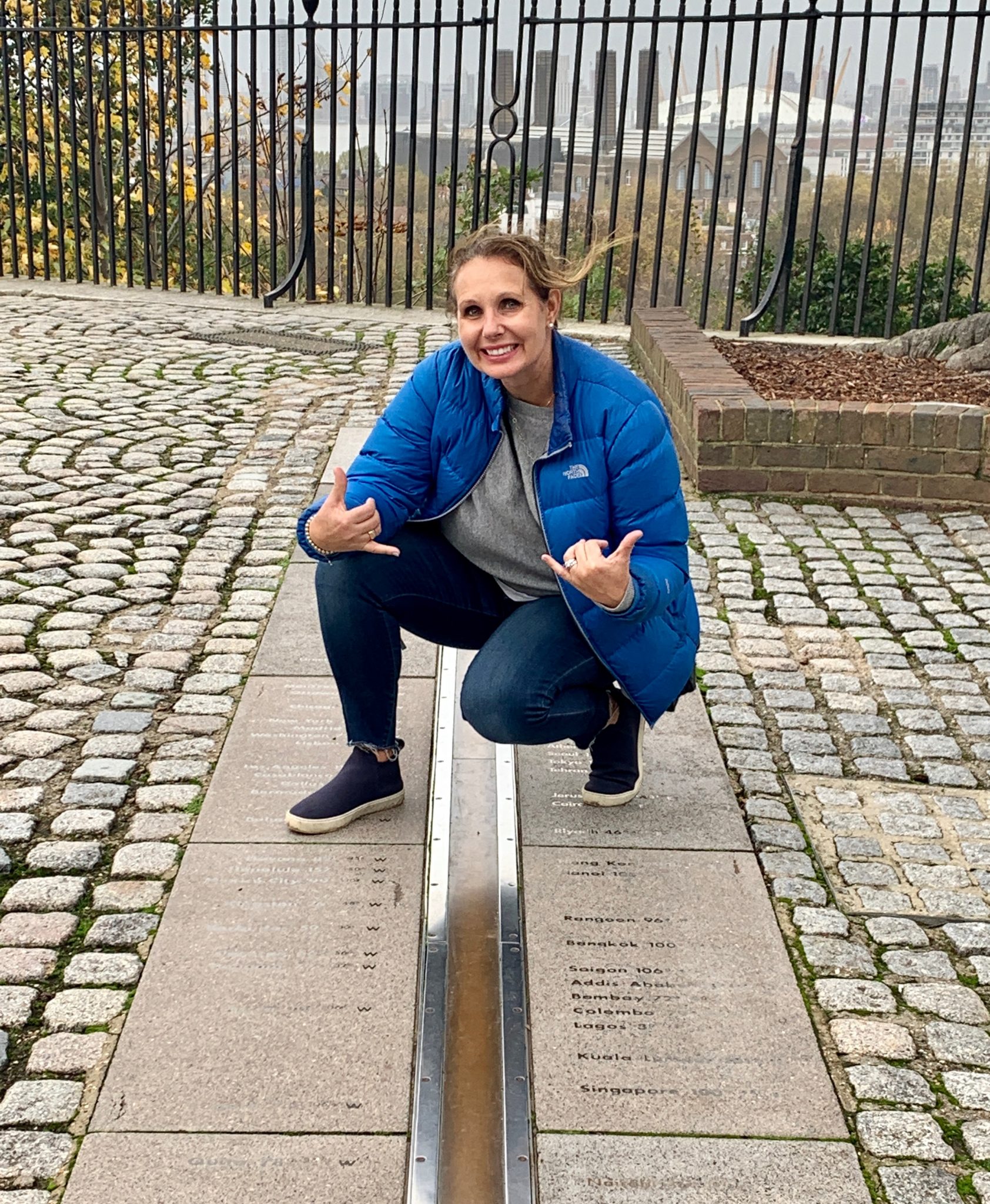 Many museums in London and galleries are reopening with social distancing, safety measures and advanced booking in place following temporary closure due to coronavirus. Check the venue opening times and booking before you visit.

What are your favorite museums in London?

Maggie’s Club London is back with a bang, after undergoing a facelift while it…