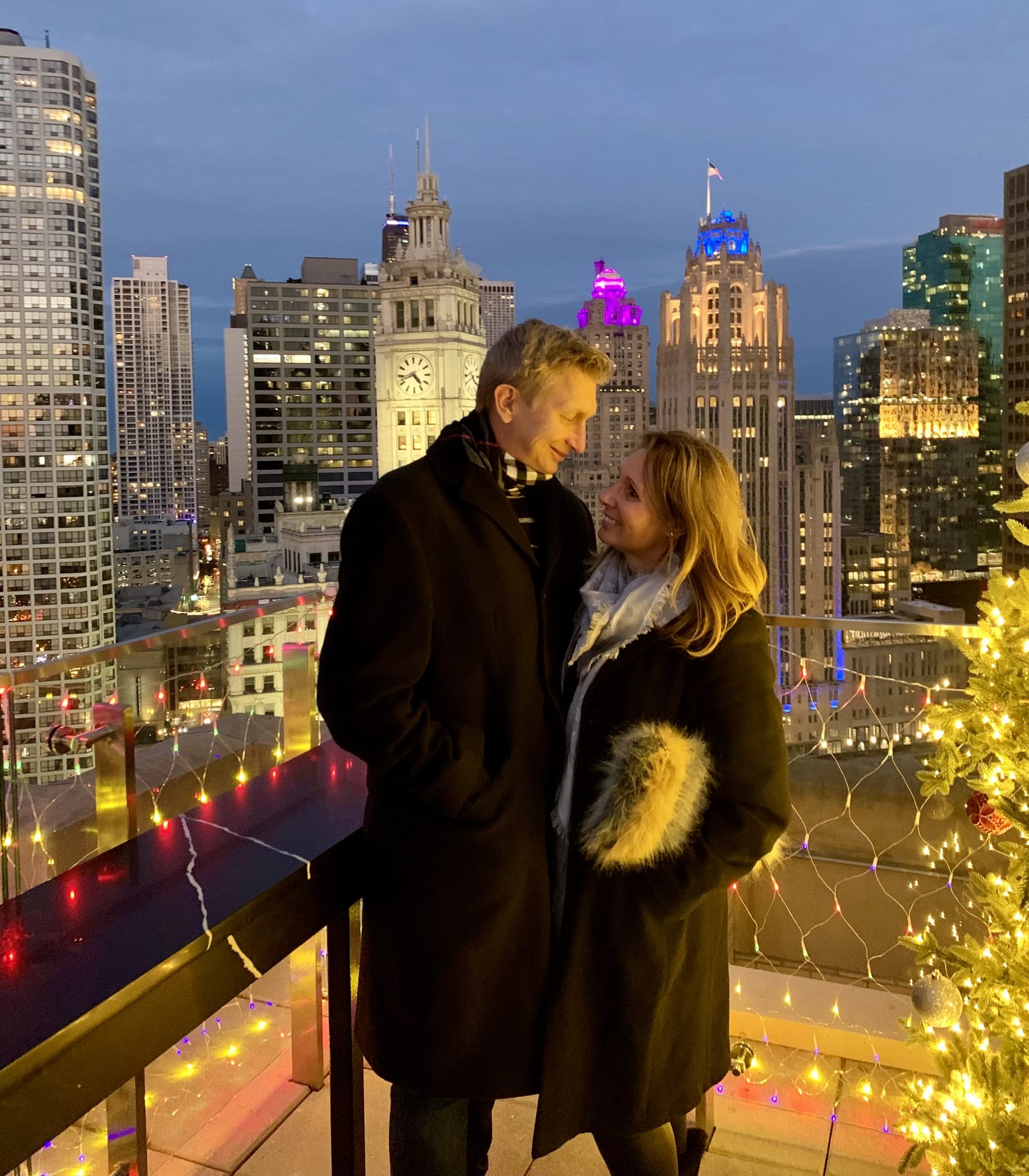 Chicago is filled with public parks, breathtaking architecture, clean streets, and the beautiful shores of Lake Michigan, and gives New York City a run for its money. You should definitely move Chicago to the top of your U.S. bucket list!  There’s something for everyone and this glorious city has everything you could possibly expect: beautiful buildings, incredible food and entertainment, a colorful history (Al Capone and Barack Obama are just two famous residents)  and a wide variety of art and culture.

Here are 6 reasons to visit Chicago

Chicago is perfectly located in the heart of the U.S. for quick flights around the country. There are two international airports conveniently located with thousands of flights per day, and both are conveniently located to the downtown area. When you arrive it’s easy to find a taxi or ride-share operator, but even more convenient (and inexpensive) is the  Chicago Transit Authority (CTA) Blue Line ‘L’ Train. This train runs 24 hours a day and costs $3 – $5  to travel between downtown and O’Hare airport. The CTA Orange Line ‘L’ Train connects directly to Midway.

If architecture is your jam, you’ll be in heaven here. It’s literally FILLED with some of the greatest American architecture and buildings. The entire city  was once a muddy mess, and engineers had to actually raise the level of central Chicago in order to build the city we see today. 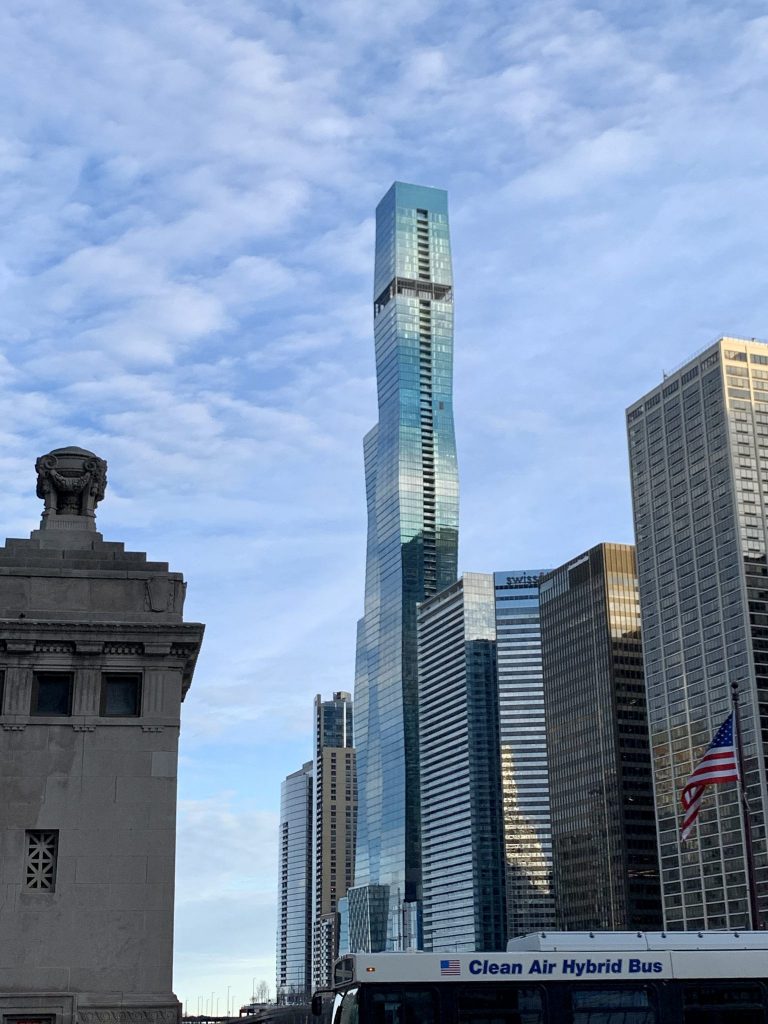 You don’t have to be a architect buff to marvel at the magnificent buildings that are located all around. Marina City, The Chicago Avenue Pumping Station, Sears Tower, The John Hancock Building, Wrigley Building, Tribune Tower, the Buckingham Fountain were just some of the buildings we admired. We saw many wedding parties taking pictures with the spectacular backdrop of the buildings and sunset combo, etching this beautiful city into their special day forever. 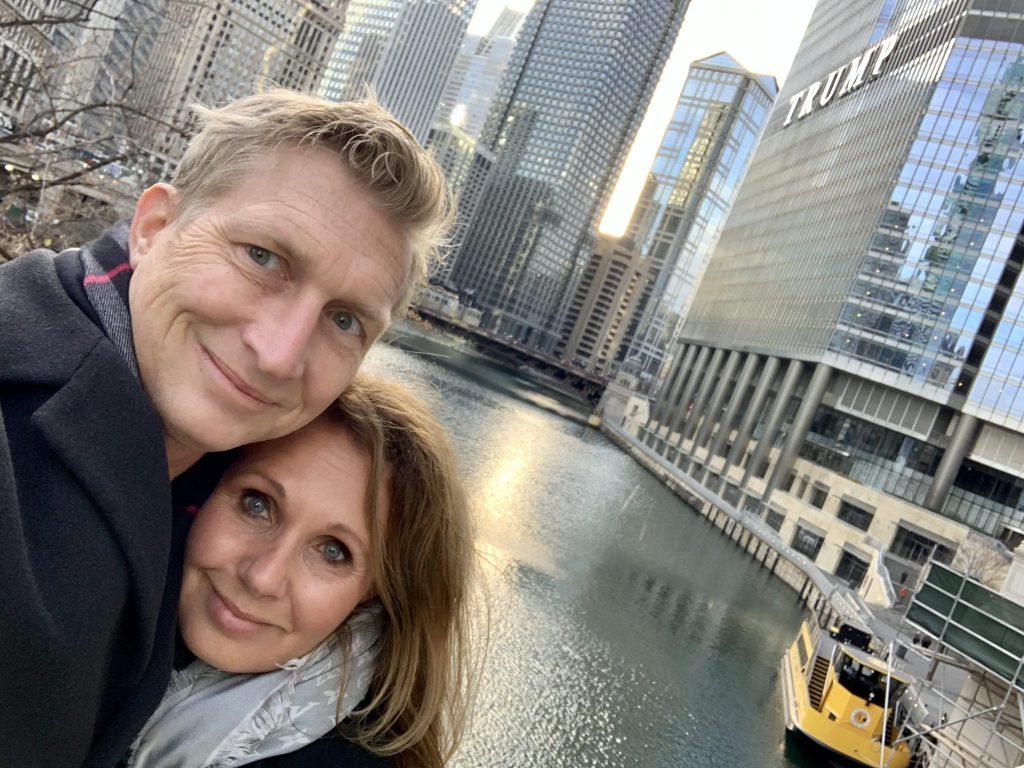 Many companies offer Chicago River Architectural Tours, allowing you to experience the city’s infamous architecture from the best seat in the house – the river.

Chicago is known as one of the best cities for food in the U.S., and the quintessential food staple is their infamous Chicago deep-dish pizza. The crust is higher and more crispy than traditional pizza, allowing for large amounts of cheese, sauce and toppings. 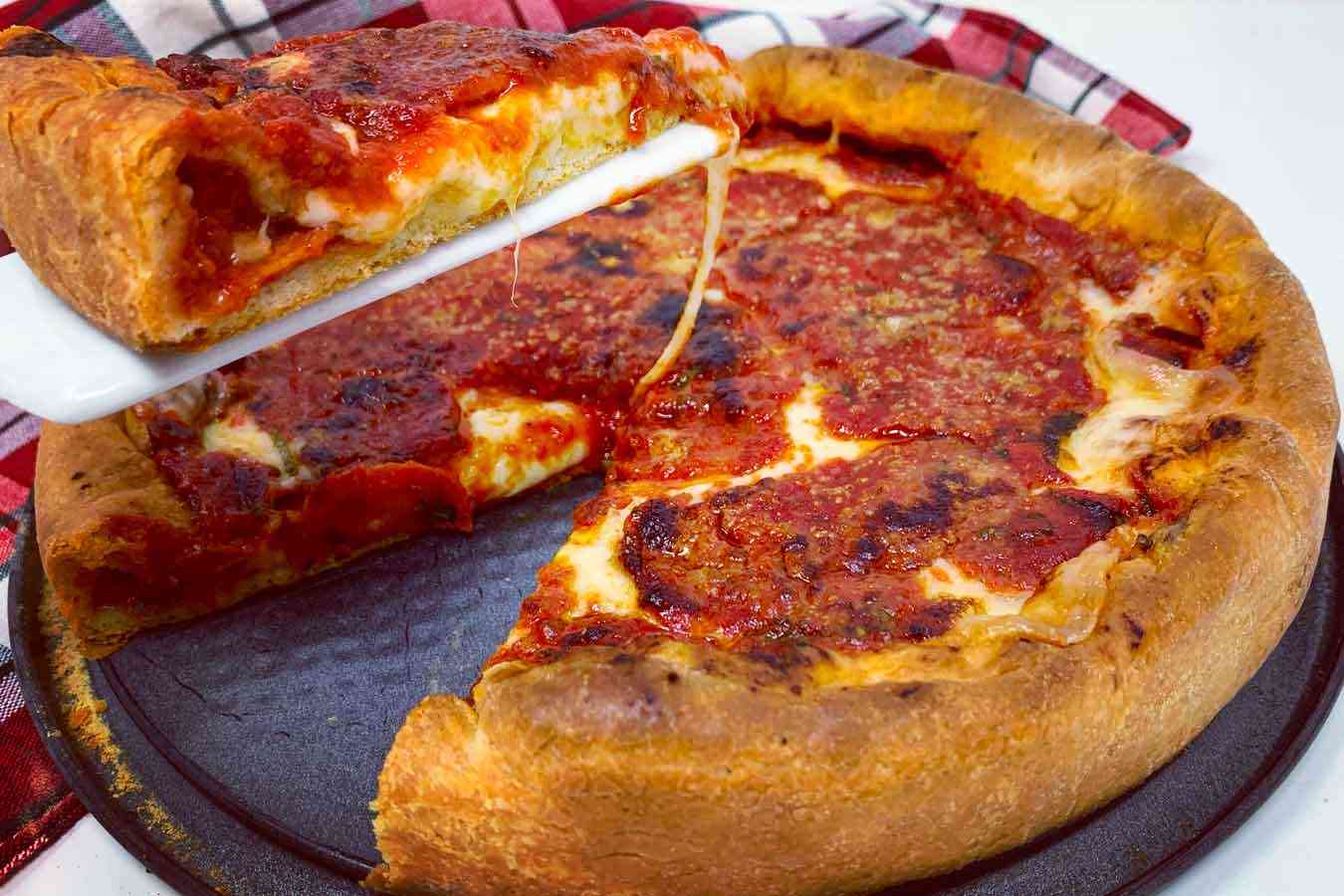 Deep dish pizza reverse-engineers the traditional pizza by serving the sauce on top of the cheese and toppings. It’s incredibly dense and feels heavy in your stomach, so after one or two slices, you should be full.

The Chicago Park District manages over 600 parks throughout the city, so there really is something for everyone. These open spaces offer places to relax or workout, and many of them offer cultural programs. Millennium Park was completed in 2004, and was quickly named the top attraction in the Midwest in 2017. 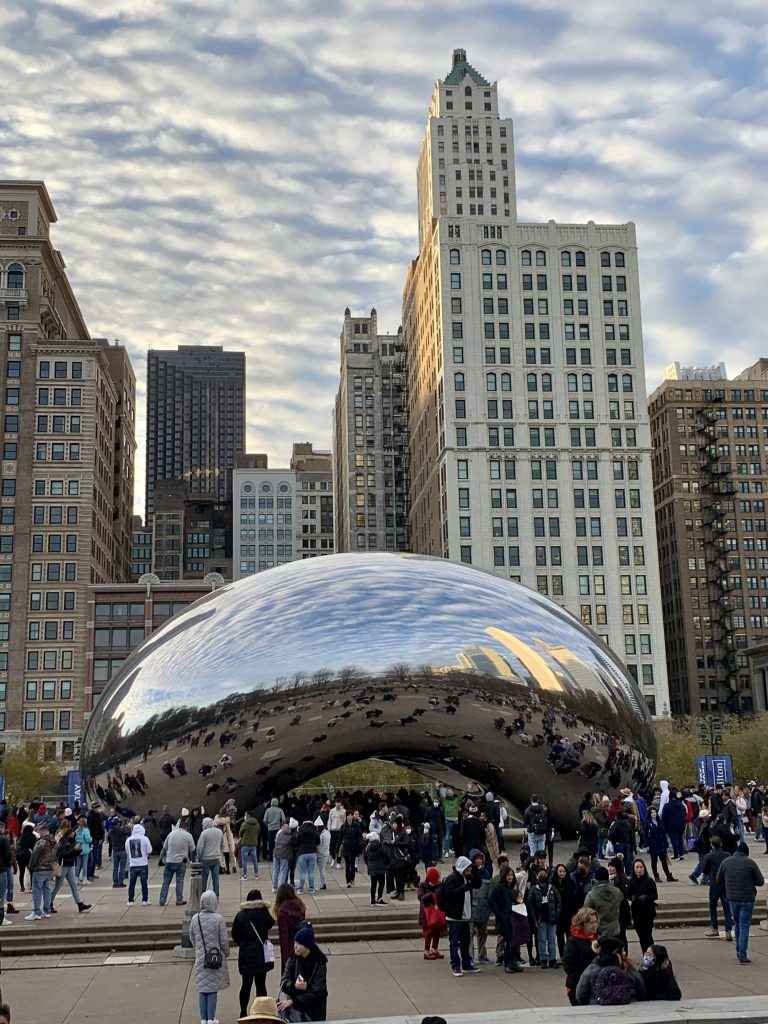 This 24.5-acre park is located in the heart of the city and is simply filled with culture. Frank Gehry’s Pritzker Pavilion hosts free concerts in the summer; Anish Kapoor’s 110-ton Cloud Gate (fondly referred to as ‘The Bean’); and Jaume Plensa’s Crown Fountainare are located there and the Lurie Garden has dazzling flower displays all year.

Chicago is literally seeping with culture and depending on your mood, your possibilities are endless. Chicago has contributed significantly to the arts and is the home to blues, hip hop, gospel, jazz, and soul. Chicago is also the birthplace of improv comedy and home to two renowned comedy troupes: The Second City and iO Theater and  five Tony Award-winning theaters. There’s a thriving fine arts scene and many world-class museums including: The Field Museum, Art Institute of Chicago, Shedd Aquarium and Chicago History Museum.

6. The Views of Chicago

A rooftop dining experience is something you must-do while in this fabulous city and many people rush to ‘Skydeck Chicago’ for the panoramic views and the opportunity to see four states, or TILT at ‘360 CHICAGO’ to extend out and over The Magnificent Mile and look downward over the Chicago’s skyline. London House was recommended to us, and this has to be one of my favorite rooftop bars ever. 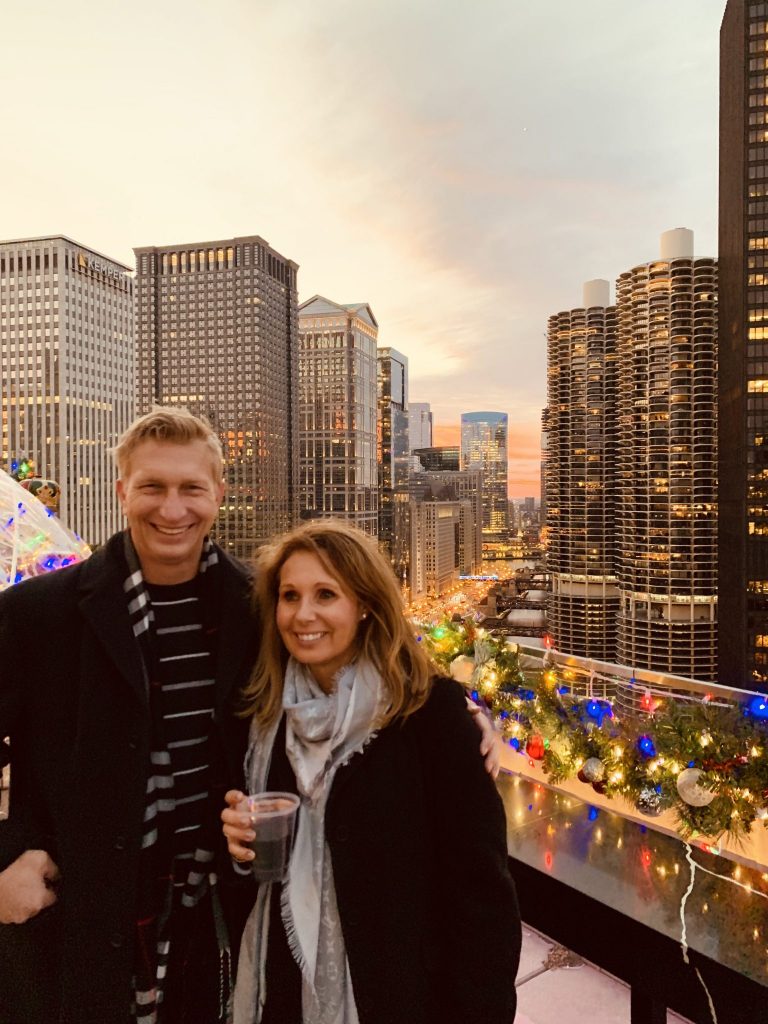 London House has beautiful architecture and the view from the top is incredible and it’s the perfect date-night to see the skyline. We arrived just in time  for sunset, and watched the city lights twinkling over the river, as the sky lit up the infamous skyline with the most spectacular sunset we’ve ever seen.

What are YOUR favorite things to see in Chicago?