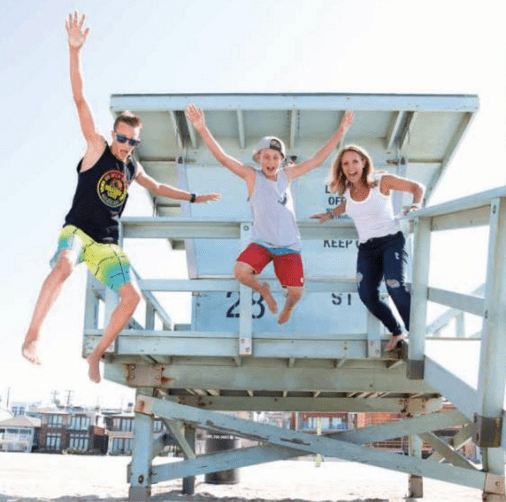 “Twenty years from now you will be more disappointed by the things you didn’t do than by the ones you did do. So throw off the bowlines, sail away from the safe harbor. Catch the trade winds in your sails. Explore. Dream. Discover.” – Mark Twain 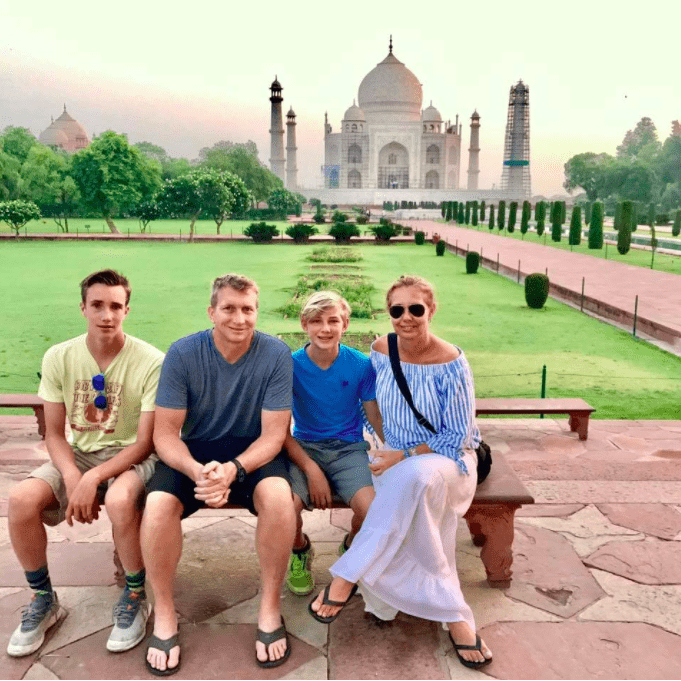 Hi! My name is Samantha and I live in Hermosa Beach, California, with Hot Hubby and my two gorgeous boys, Sebastian (age 16) and Julian (age 13).

I was born and raised in Derby, England. Derby isn’t particularly a glam town, but it was home for 17 years nonetheless, and during my pretty traditional childhood we were fortunate to take annual holidays to Europe. Not that I appreciated it during my surly and tumultuous teen years, regardless, my parents forced such atrocities on us as traveling to Spain, Italy, France and Yugoslavia (when it still existed!).  Although I would never admit it, these holidays were fantastic and stirred a yearning for different countries, cultures, and people. I saw the world was accessible and exciting.

I left high school at age 15 (the education system in the UK is very different, and my birthday is in August, so I was always the youngest in my class, which I hated then, but now I love!!!) worked various jobs, and started nursing college. Unfortunately, I proved very quickly I did not have the patience, or dedication needed to be a nurse, so found myself at a bit of a crossroads. At the same time, a friend of mine was talking about traveling the world for a year to ‘find herself’, and I thought, WOW, that’s exactly what I need/want to do…. I need to go ‘find’ myself!

After pleading my case to my parents, who were naturally resistant, disappointed and slightly annoyed that I was leaving nursing school (and the country), I decided on my route. I wanted to visit the Far East (Thailand and Bahrain), USA (New York and California) and Australia. I had the whole route brilliantly mapped in my head… now I just needed to make it happen!

Unfortunately Thailand didn’t turn out so well, since after being there for three weeks, I contracted a rare and deadly form of dysentery (turns out that when staying in third world countries, the hostel route isn’t always the smartest way to go!). I lost 20lbs in three days (no exaggeration!!!) and was told that I should probably fly back to the UK immediately. God knows how they let me on that flight… obviously they were not concerned with the costs of me dying on the flight and them having to land the plane. After medical attention in the UK, I was strong again, and realized that I did not expel my wanderlust from my body (but lord knows, I expelled most everything else!!) So it was off to New York. I spent almost a year there working various jobs, that allowed me to travel the east coast and Caribbean, and I started to dream about California and how to get there.

I didn’t have to wait too long… One Sunday night, whilst in the Terrace Club in Portchester, NY, I spotted a tall blonde surfer looking dude. After playing it cool for a couple of hours, my girlfriend pulled them over to chat, and discovered that it was Hunky Student and a friend, on a break from UCSB college, and they were back in CT visiting their families. After 5 days of fun with Hunky Student, he asked me to ‘be his girlfriend’. We talked through the logistics, and he planned to return to Santa Barbara, then I’d tie up loose ends in NY, and follow him out there two months later. 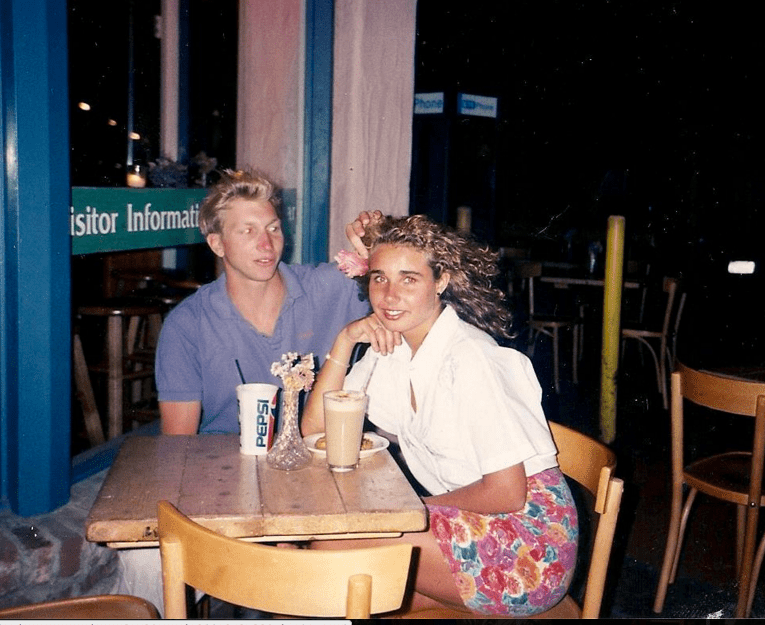 I know that you’re thinking I’m crazy at this point, but first, in my defense, let me say that this was all pre-9/11. I wasn’t concerned with terrorists, roofies and serial killers… perhaps I was naïve and should have been more worried… but frankly my biggest concerns were along the lines of, “if things go horribly wrong, at least I’ll be in California”, and “he is really hot and if it doesn’t work out, I bet he’ll have cute friends”…

Anyway, to cut a loooooong story short, I moved into this lovefest, which quickly changed my year of ‘finding myself’ into finding something far more serious. We had an on again/off again relationship for 5 years (during which time I finished college, traveled to Australia, and moved to Breckenridge, CO for a season to be a ski-bum!). And we eventually were engaged after 5 ½ years together, married 1 ½ years later, and we’re now getting ready to celebrate our 20th wedding anniversary! So for the naysayers who think you can’t meet anyone great in a bar, I beg to differ! 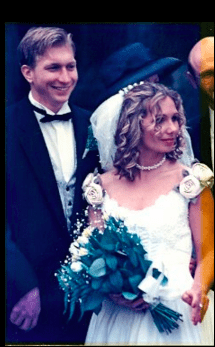 Hot Hubby worked and continues to work in technology and software start up companies.  We both love adventure, excitement, and challenges associated with travel, and discussed how we must continue to always travel. After three years of marriage, children came along, and I quit the 60 hour work week, to take the far more challenging role of ‘Head of Domestic Affairs’ for the Kuhr family.

We were determined to pass our love of travel and adventure to our children. Many friends thought we were insane to take young children to such places as India, Copenhagen, Cambodia, and Australia…. Admittedly, it is a slightly different trip when you travel with the circus, but it’s not quite as daunting as one would think.

Our boys are now 12 and 15 years old. They love to travel, take crazy trips and are game for anything. At Hot Hubby’s urging and support, I decided to start this blog. This blog at worst will be a gorgeous documentary for our family and children, to help remember our travels and childhood. At best, this blog will inspire others to branch out from their ‘Vanilla Milk’ trips, and perhaps plan a trip to somewhere off the beaten path that you have always dreamed of exploring! 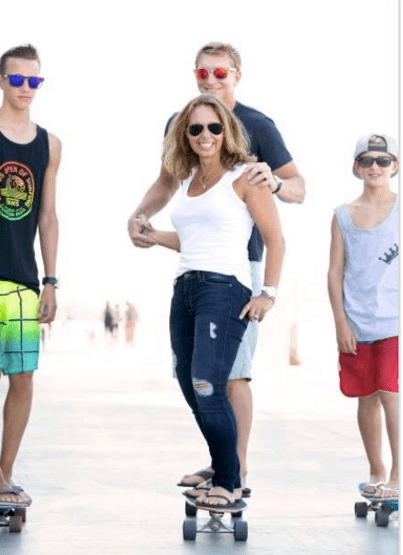 Happy Travels and be sure to leave me comments along the way!